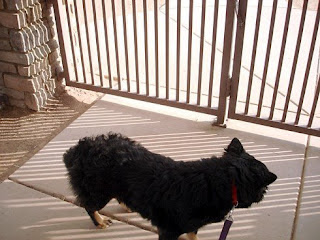 Set yourself free this weekend!
For Weekend Assignment #225: Rut Breakers!, I asked folks to plan a break from the usual weekend routine, and to tell us about it. For some of you, that thought must have been too scay to contemplate, but a few brave souls did manage to pull free from the mire:

I think I will just sit down and (drumroll here) read. I seem to get so busy these days with family and work that I rarely read except if I'm on an airplane or bus going somewhere. (Not only that, but she went to see Julie Andrews in concert!)

That might not seem very exciting, but for us it is a major rut breaker. With two kids under seven, it is not often that we get to go out to eat, or anything else, on our own. I think out last child-free dinner was about a year ago with the same couple. I think we are due.

I didn't exactly break my routine wide open this weekend - shoot, going to BlogHerCon would have really fulfilled this assignment! - but I did shift things around a bit. Sometimes, it takes baby steps. To begin with, we did NOT go to Target on Friday night! Tall Paul and I went out for some dinner, with the intention of a trip to what Elder Nephew used to call "the circle store" afterwards, but we decided to go home instead, relax on the couch, and watch the previous night's episode of Burn Notice from the DVR.

Library school and Disneyland are conspiring to make me miss yet another weekend assignment, but I'll say here that on Saturday night, on the spur of the moment, I left the apartment at half past midnight to go to a karaoke bar with an engineer friend who was sick of being at the office. Going to a karaoke bar isn't at all out of the ordinary for me - it's commencing a night out after midnight that almost never happens. 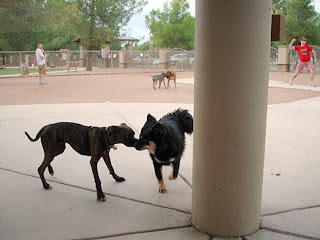 It can be scary, but rewarding!
It's not too late, you know. Do something fun this weekend. You deserve the break!
Karen