I had a Weekend Assignment lined up that was more of a writing exercise, but the heck with that. Let's go with something simple this week. Scalzi had more than a few music-related Weekend Assignments over the years: random song lists, songs for Halloween, bad Christmas songs, songs to party by, sf songs, songs for a wedding are all among the topics I seem to recall (or just Googled). I think he even did an earworm one, but let's do a little variation on that:

Weekend Assignment #226: Is there a song that you're particularly enjoying at the moment, that's on heavy rotation on your iPod, the CD player in your car, or just in your head? If so, what is it? If not, what was the last song you were really into?

Extra Credit: What song, if any, has been playing in your head today, and you really wish it would stop now?

As for me, I suppose it's good news that I've finally stopped playing one or both of Murray Gold's Doctor Who soundtracks nearly every day. I love that music, and it makes me happy, but it kind of loses its power after the first 300 times, you know? I didn't really have a favorite specific track on either CD, but I'm quite fond of Westminster Bridge, Clockwork TARDIS (for which I keep threatening to write lyrics), All The Strange Strange Creatures and The Doctor Forever.

Now, the previous CD in my personal heavy rotation was George Martin's Love remix of Beatles songs. It was a wonderful way of making some of my favorite music of all time fresh and new again. I've been looking for my copy of it for a few months now; if I don't find it soon I'll replace it. And the only album stored on my new phone is Once More With Feeling, the musical Buffy episode. The phone doesn't play loudly enough to bother with, though. I need headphones or bluetooth or something. But I have played Going Through the Motions (Buffy sings about her "strange estrangement" while killing vampires) several times recently. 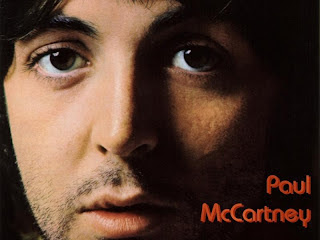 The man responsible for much of my musical joy and agony
Meanwhile, I've had McCartney's Monkberry Moon Delight in my head all evening, mostly because I referred to it in a joke last night. This morning it was The Safety Dance by Men Without Hats, which was on the radio as John dropped me off. I think I'll ask him to keep it on NPR from now on! 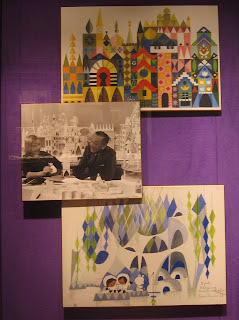 It's a Small World (After All) really doesn't bother me
Your turn! Tell me off music in voluntary and involuntary heavy rotation in your head these days, whether it's the latest single by Sally Obscura, Moonlight Sonata or a Gregorian chant. Write about it in your blog or journal, and post your links from there to here and here to there. The playlist gets posted a week from tonight!

Thanks for mentioning "Love." I listened to it a couple of times when it came out, handed it to Paul, and haven't seen it since. Today I went to look or it and it had mysteriously reappeared on the CD shelf. Woot!

Well, my short answer to the question was "not really," so I posted a long generalized discussion about my iPod.

I'm in! I have a few things that I'm into right now.

I'm back, and I posted! You're bound to get at least one song in your head if you go here.