Round Robin: About the Monsoon!

When I posted the topic for the current Round Robin Challenge: About the Weather, my part of Tucson had just had its first big monsoon storm of 2014 on Sunday, July 13th. How big? Take a look: 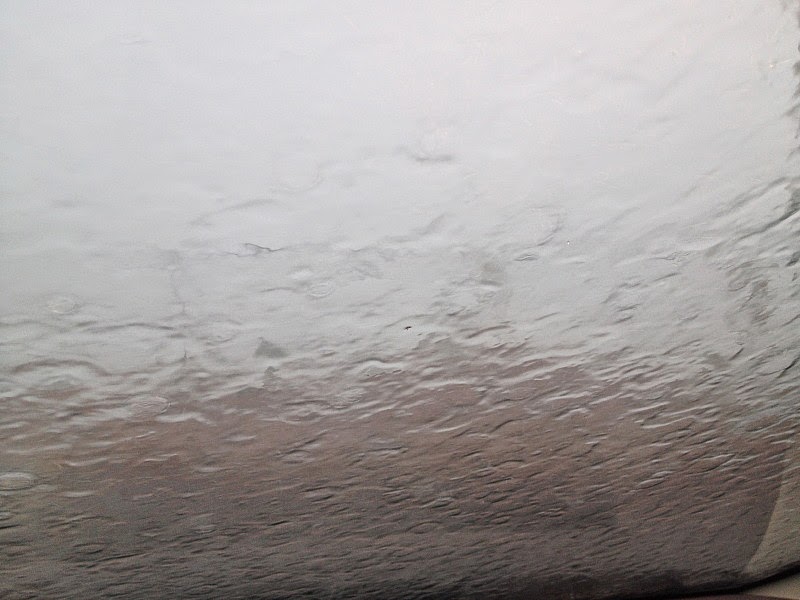 The Arizona monsoon is a seasonal weather pattern that starts in mid-June and runs through September. It accounts for the vast majority of our 11" of average annual rainfall. The monsoon used to be calculated as starting on the date certain conditions were met, based on dew point and other stuff I don't understand. Nowadays it has an official start and end date, but this year the actual weather conditions arrived July 3rd, which is about average.  With climate change and all that, we've been in drought more years than not in the last decade or two, with monsoons that fizzled out without dumping all that much rain in the city itself.

But the storm that Sunday was a good one. Here is the view through my windshield as I sat in the parking lot outside my dad's place. 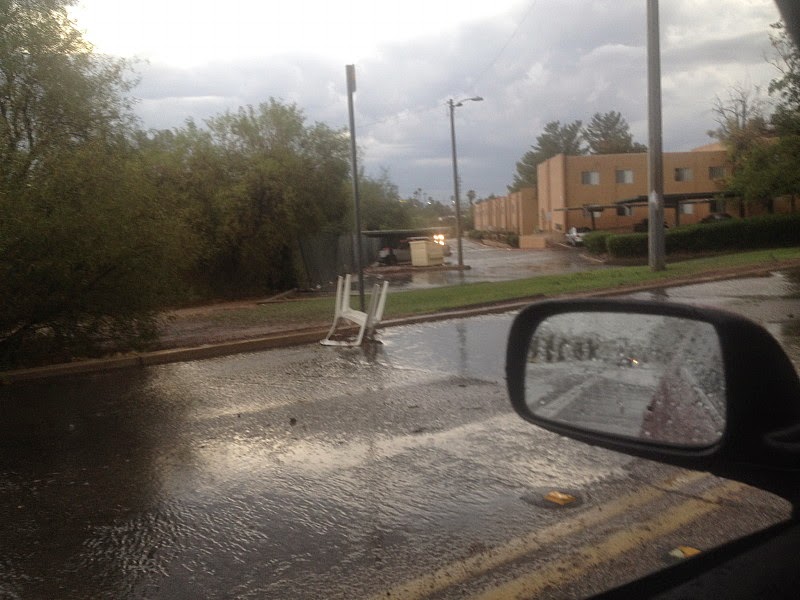 When I reached the street, I found some rather interesting debris.

I drove from my Dad's to Pantano River Park, to see how much water was in the river. Most of the time there is none. On that late afternoon, there was the most I'd seen in several years.

There is a wash (a usually-dry creek bed) in my neighborhood called Alamo Wash. I've photographed it a lot over the years. Here is my attempt to paste together two photos so you can see the whole scene that afternoon. 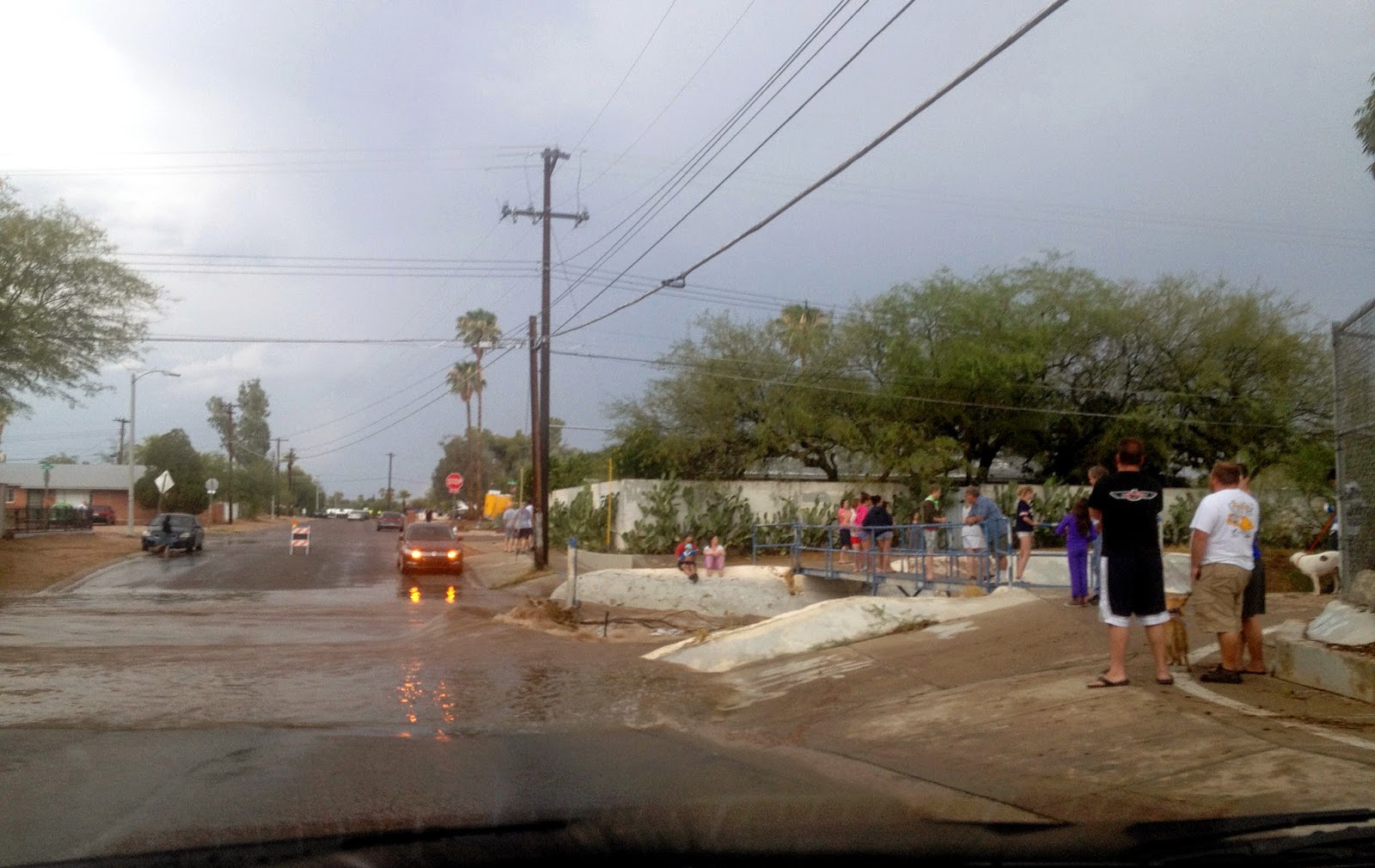 Tucson has something called a Stupid Motorist Law, designed to discourage people from driving through washes when they're full of swiftly-running water a foot or more deep. That is quite enough to get a car and its driver in deep trouble. People have actually died! So if someone is stupid enough to drive through a flooded wash and then need rescuring, the city charges them for the service. On that Sunday afternoon in the Terra Del Sol Neighborhood, no one was taking that chance, at least not where the wash crossed Betergeuse behind the high school. The cars you see above were mostly parked. One of them turned around, and so did I. 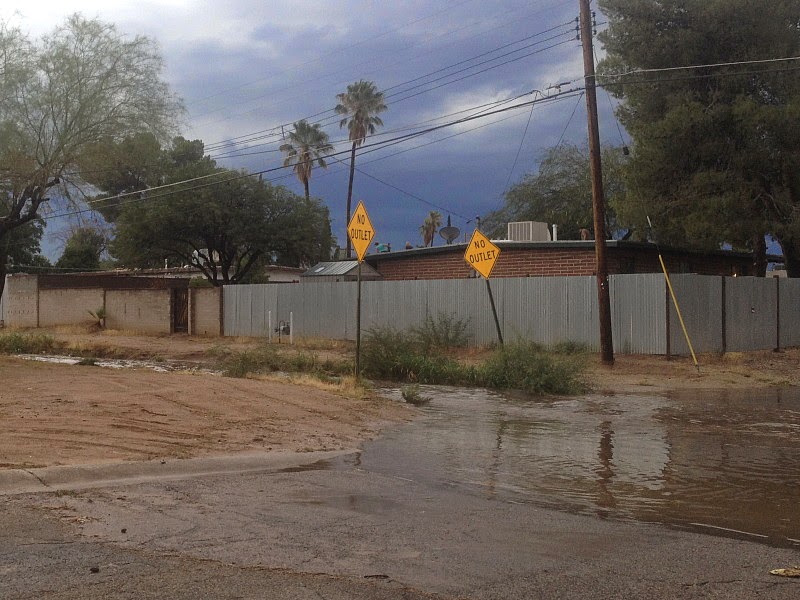 Now, was there another way through, where the water wasn't so deep? How about this way? 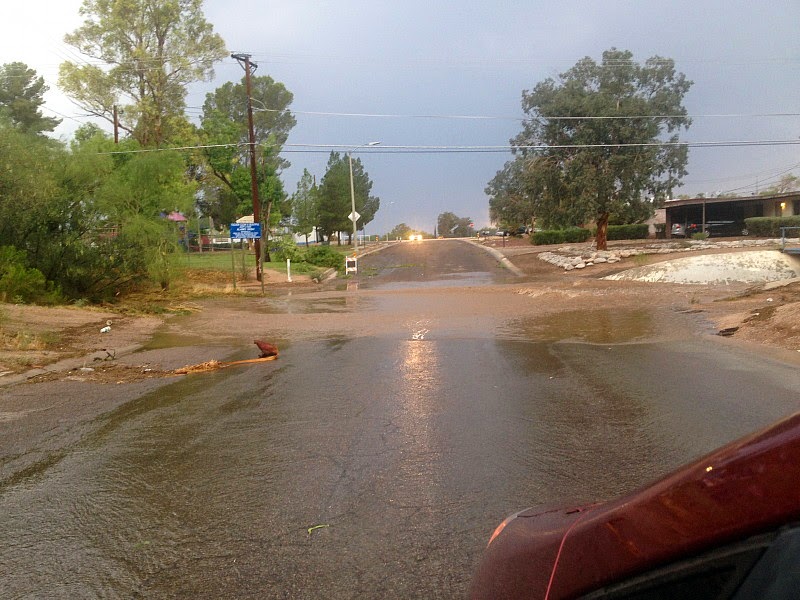 No, I wasn't willing to chance it, although I did see a truck do it. Over by Terra Del Sol Park, it was just as bad as over by the high school. 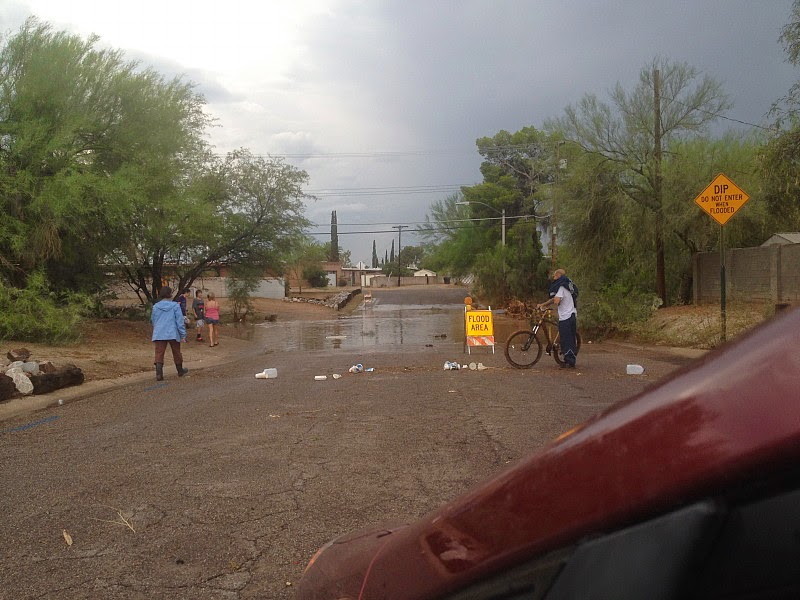 Here, too, it wasn't safe to drive through. As I drove around, I saw a lot of neighbors out and about on foot, enjoying the post-rain 74 degree weather, down from 100+. The fact that power was out in some homes may have had something to do with people being outside.

I went back out to a main road and found another way home that did not involve crossing a wash. Then I took the dogs for a walk. Cayenne, who is afraid of thunder, was not overly concerned as I managed to photograph distant lightning. 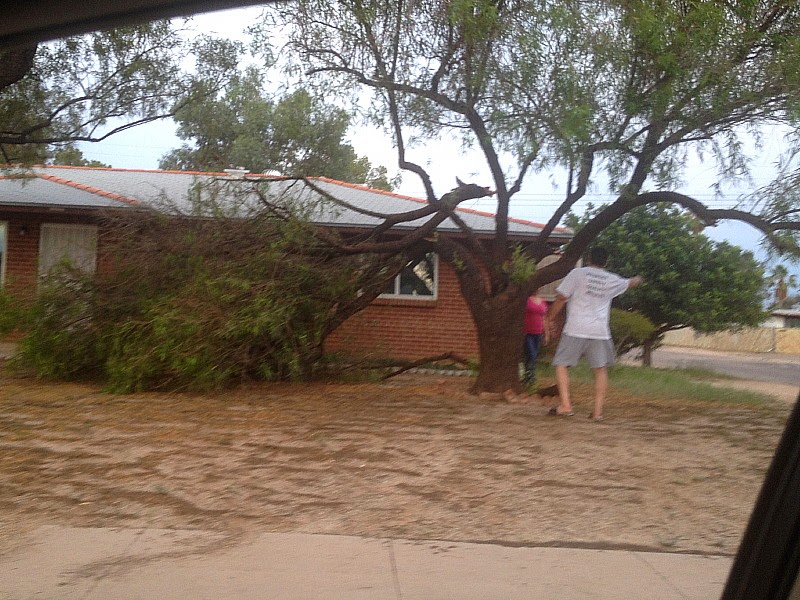 Now, other than having to comfort Cayenne, I really enjoy monsoon storms. They're dramatic, they don't last long, and we always need the rain. But as I was driving home the next day, I was reminded that it's not all fun and games. Down on the corner, my neighbors were looking at the tree in their front yard, half-destroyed by a lightning strike. Even at that, they're lucky. At least two neighbors have had major roof damage in past years when a tree fell on their houses.

Be sure to check out all the Round Robin entries this week! 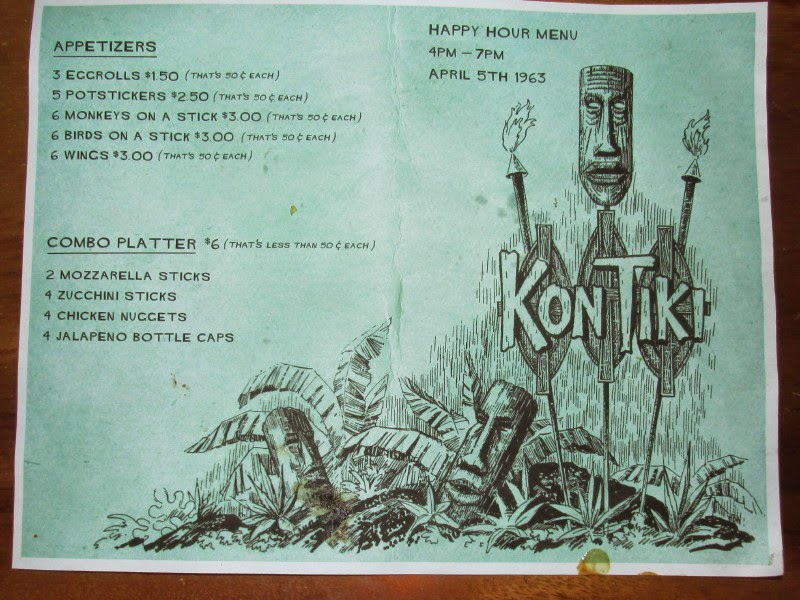 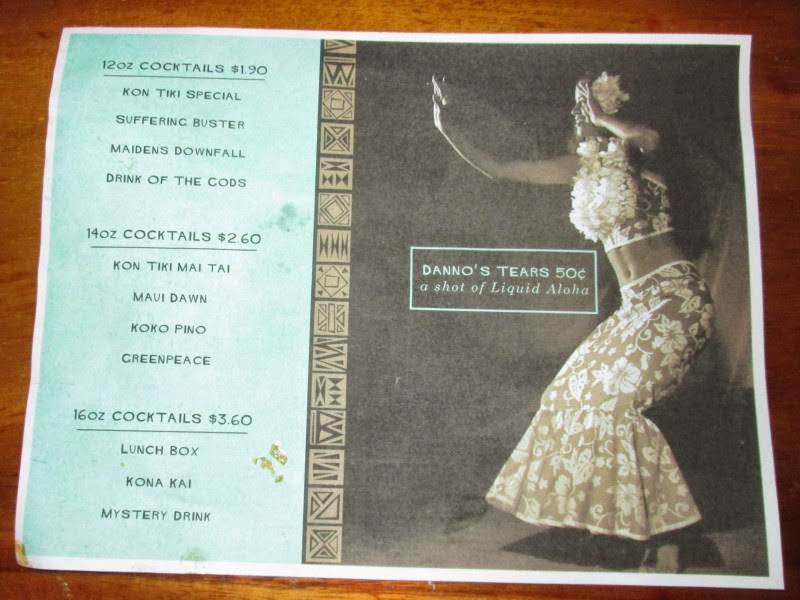 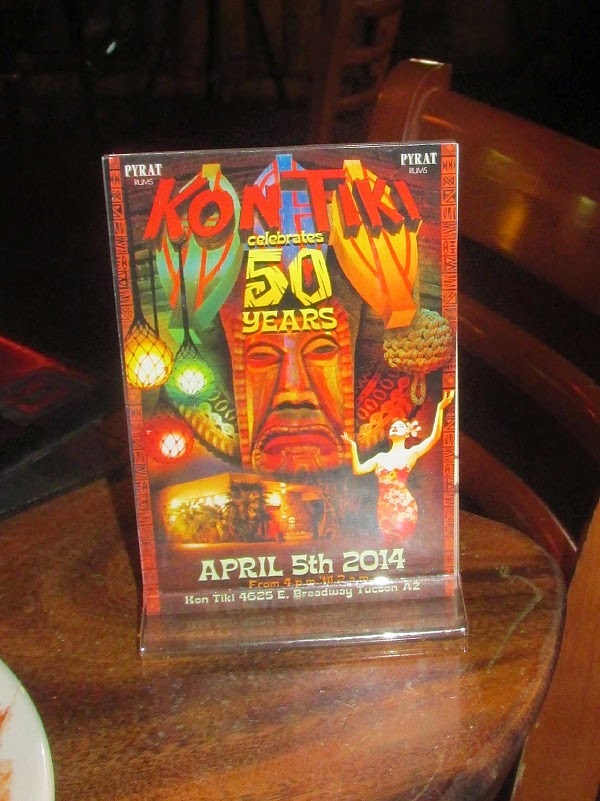 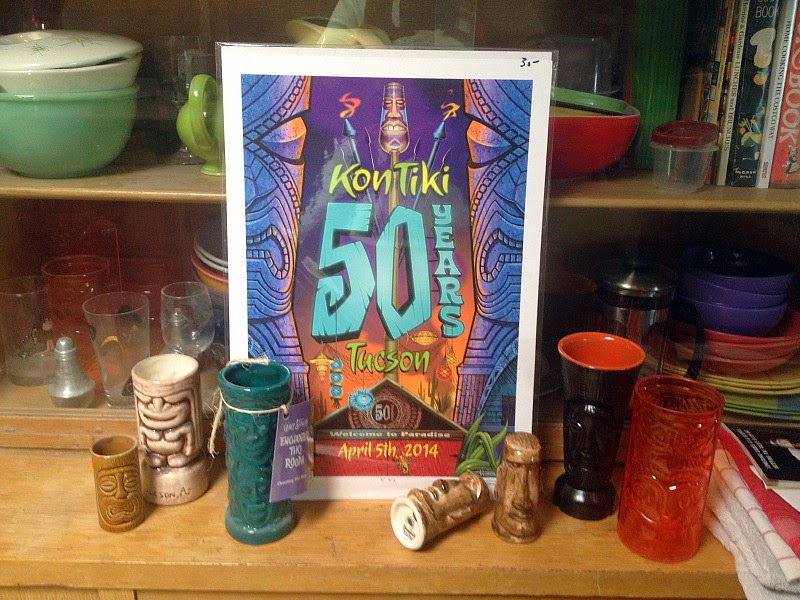 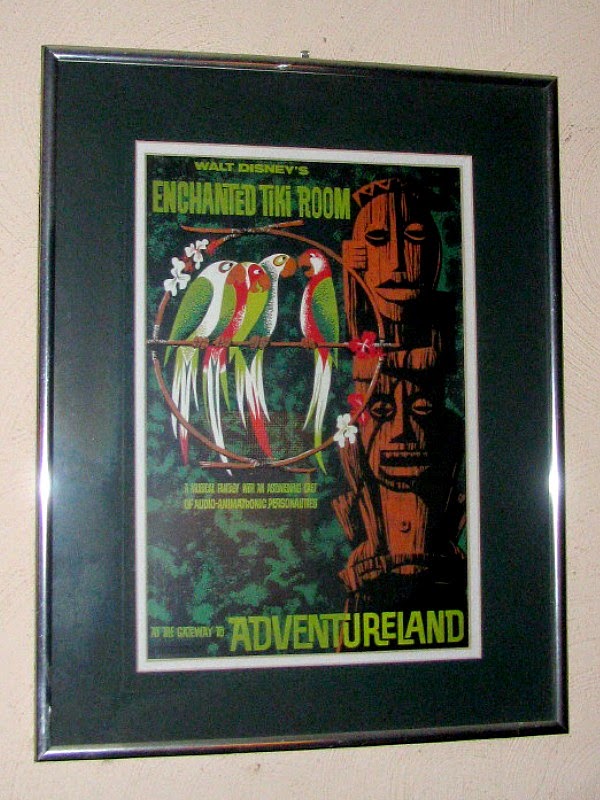 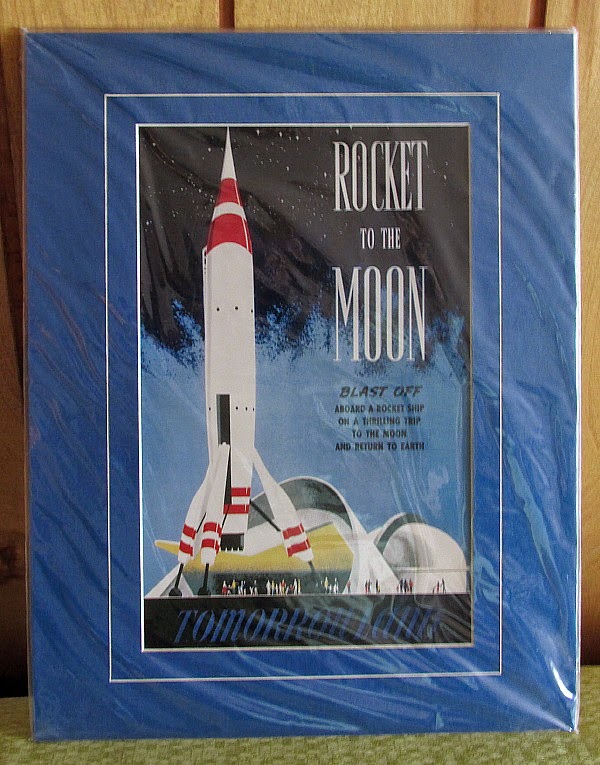 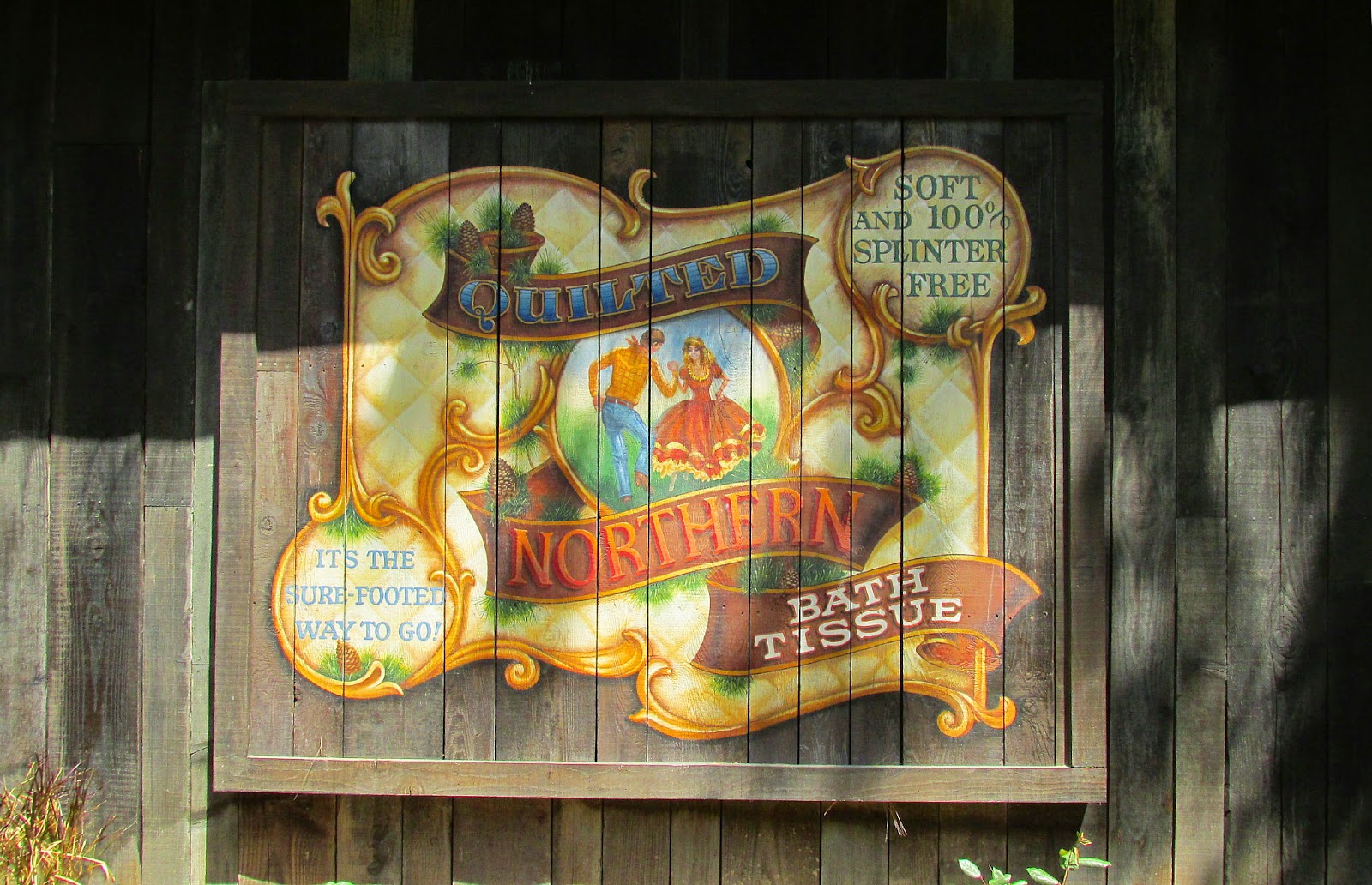