For the Round Robin Challenge: Spring Time, we asked to see, in Carly's words, "Spring. Anything from a slinky to a beautiful flower garden." For my own entry, I tried to catch the dogs springing up, springing down or springing into action. I failed rather spectacularly: 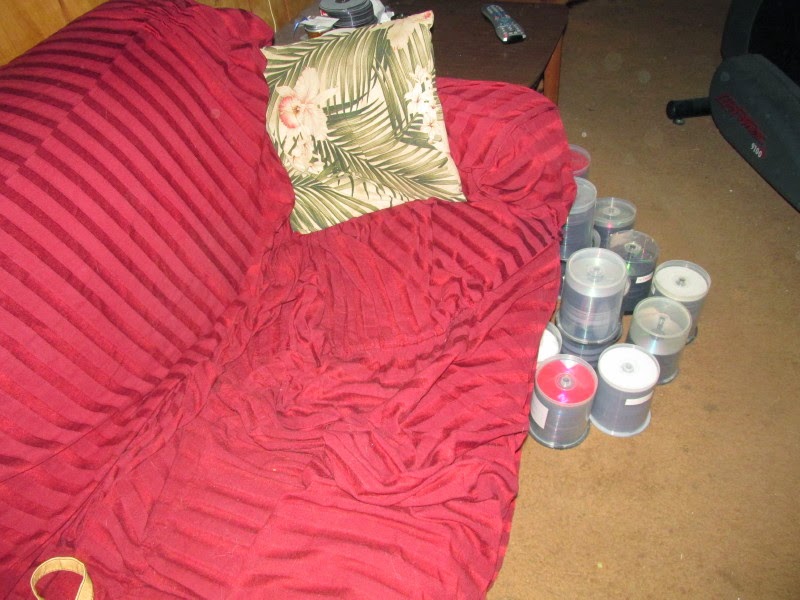 Cayenne springs down off...oh. She was there a second ago! 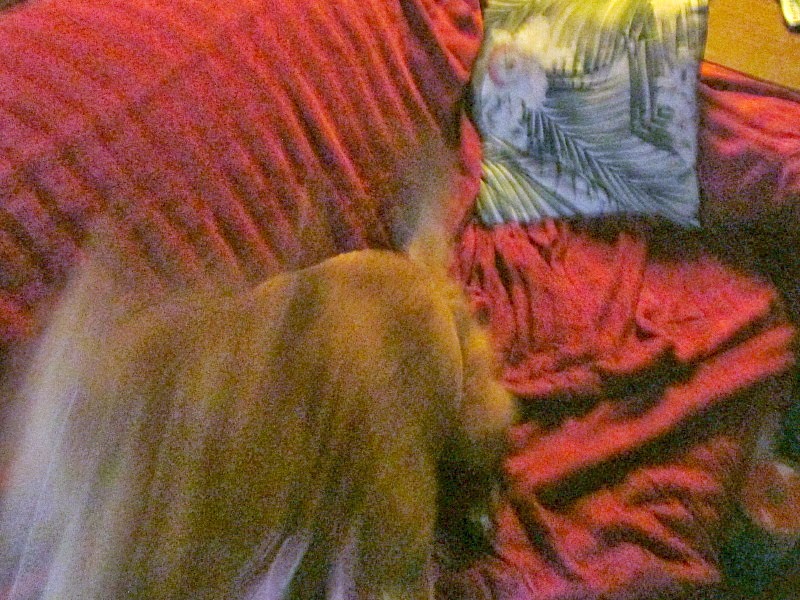 Cayenne springs back up onto the couch.

Perhaps a further incentive will help. 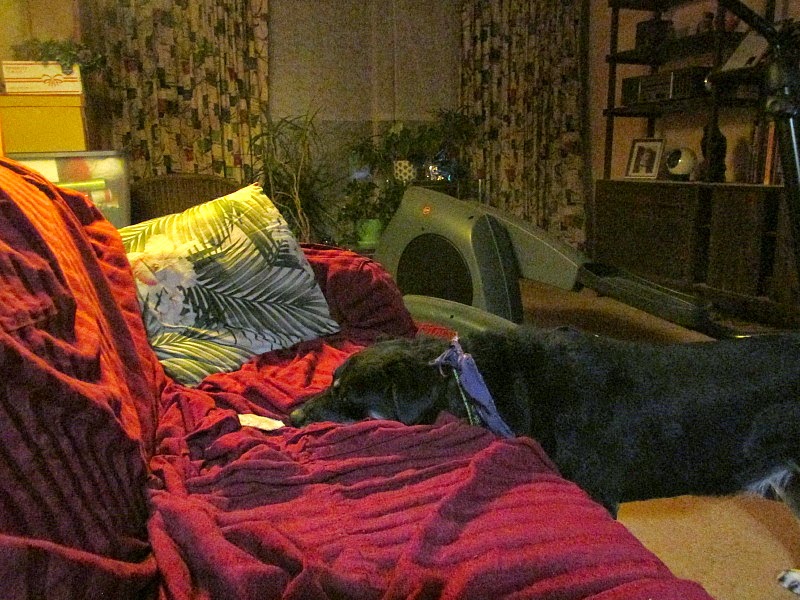 Kito checks out the bait (rawhide) 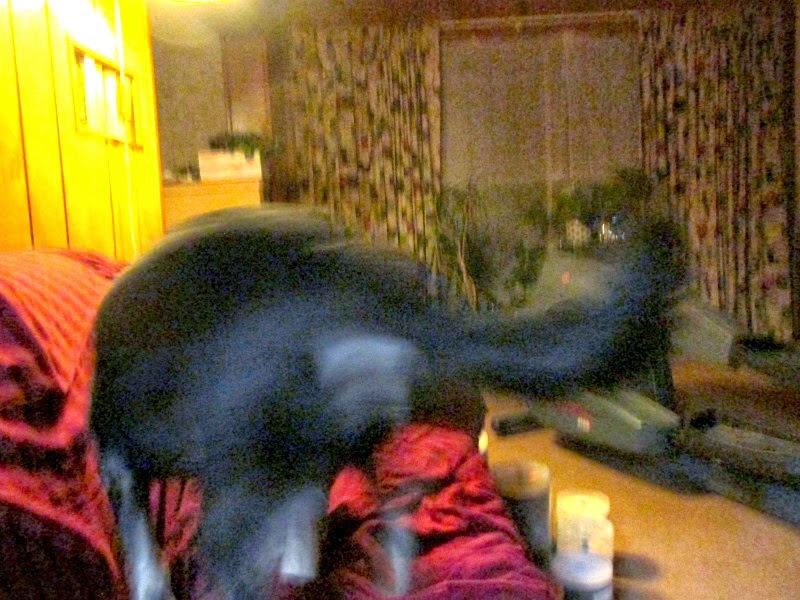 Kito springs onto the couch, briefly.

Enough with the dog butts! I will resort to a nature shot for Spring, the season. 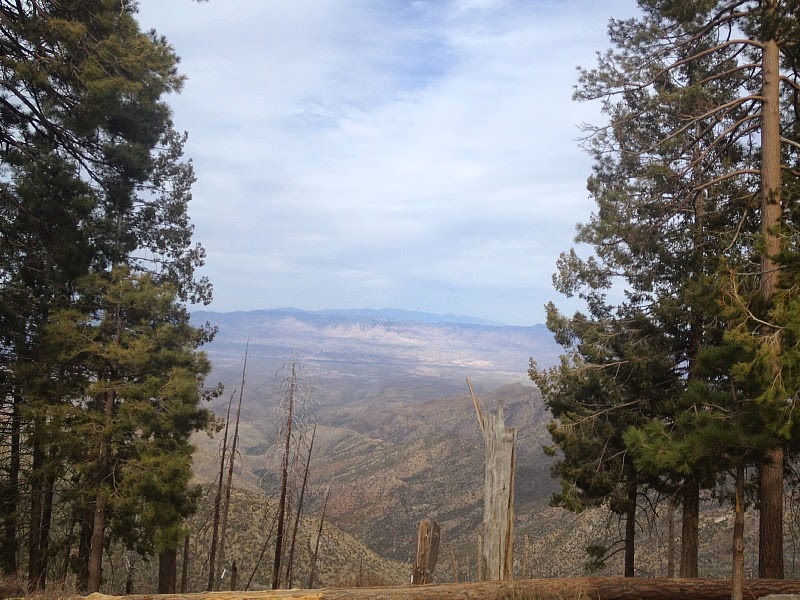 Actually, the Catalinas weren't especially Spring-y last weekend. Let's dig back into the archives, to May 2013: 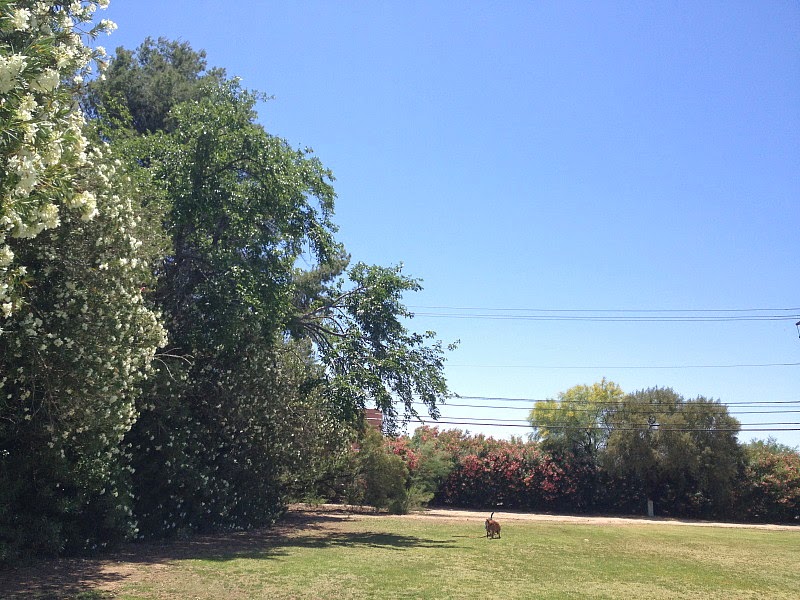 Please check out all the Robins' entries:

Round Robin: Fancy Dress (both kinds)

For the Round Robin Challenge: Dress Up, I asked to see "Any kind of costume ..., any dress, tux and tails, doll clothes, anything worn by anything or anyone as long as it's out of the ordinary." Although I'm feeling pretty wiped out tonight with a bad allergy attack that's gone on for the last 15 hours or so, I can supply examples in several of those categories.

My immediate inspiration was the idea of cosplay - fans making and wearing costumes that represent characters and creatures from their favorite books, movies, tv shows and comics. Over the years I've taken more than a few photos of fans in costume at Gallifrey One, the annual Doctor Who convention in Los Angeles. It's been several years since I made it to Gally, but I recently managed to buy a ticket to the 2015 convention in the 75 minute window before it was sold out. So let's celebrate that victory with memories of costumes past. I'll try to avoid reruns from past postings: 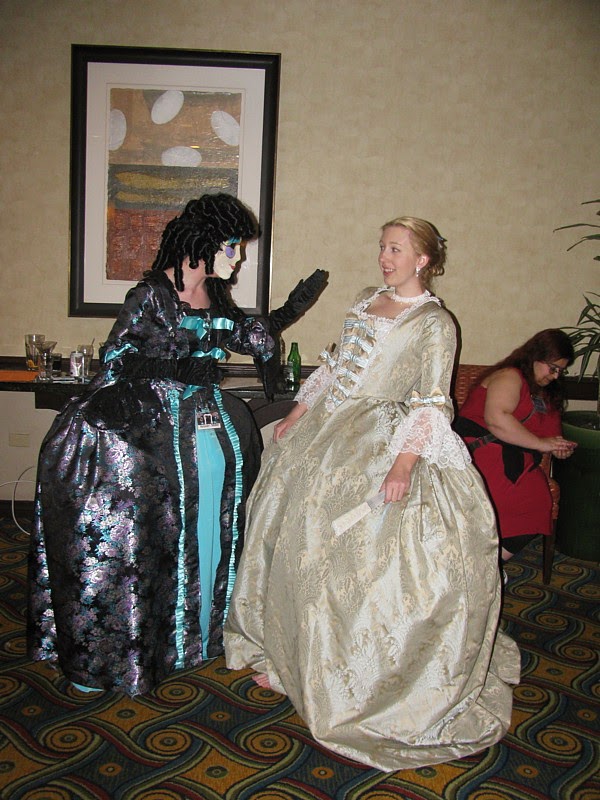 From 2010: A Clockwork Droid threatens Reinette,
a.k.a. Madame de Pompadour. 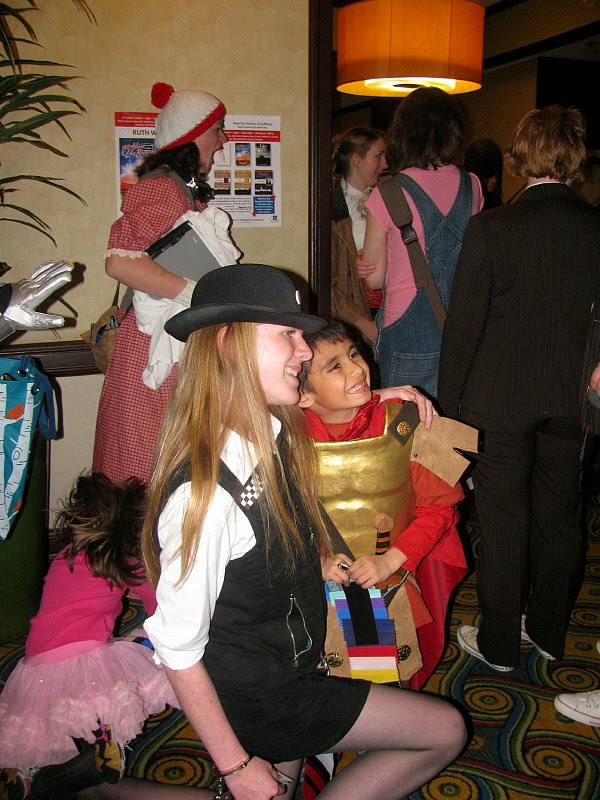 From 2011: Amy Pond in her Kiss-o-gram police uniform,
with Rory Williams, the Last Centurion.

The last time I saw people in cosplay as Doctor Who characters was last year, at Disneyland of all places. 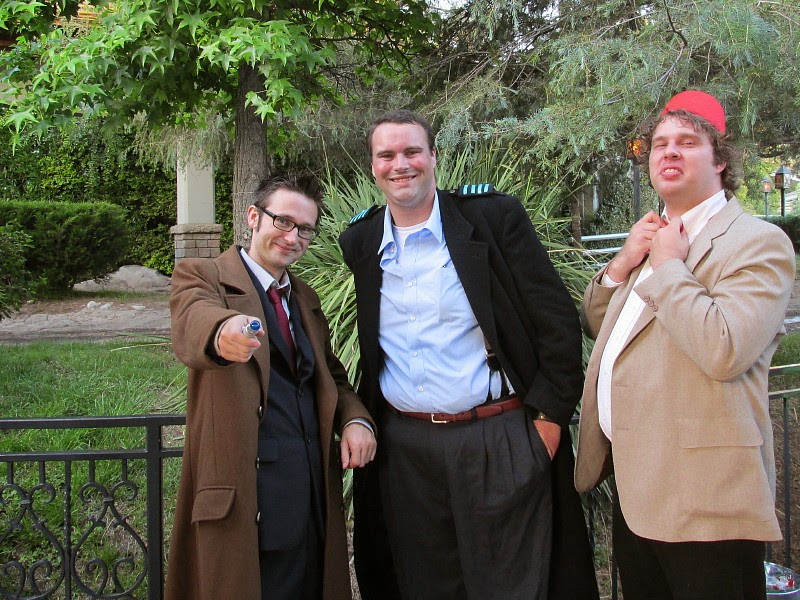 In the U.K., "fancy dress" means a masquerade costume. Here in the U.S., it tends to have a more literal meaning. 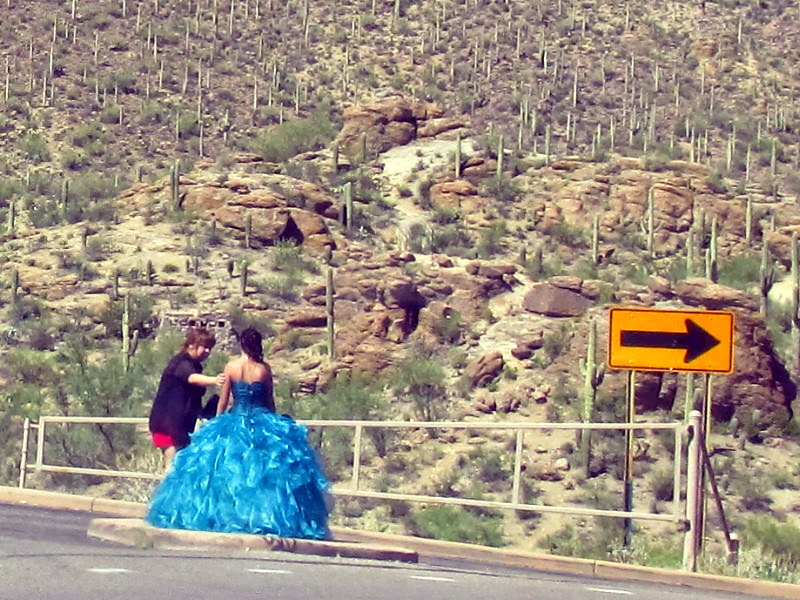 A young woman poses for photos at Gates Pass, September 2013. 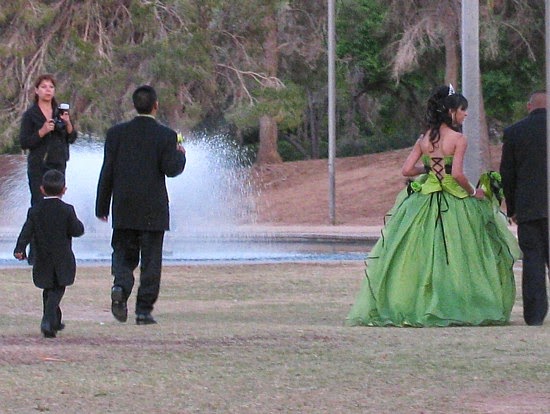 This one is a rerun: a wedding party at Reid Park, 2009.
That green dress looks like something Tinker Bell would wear. Love it! 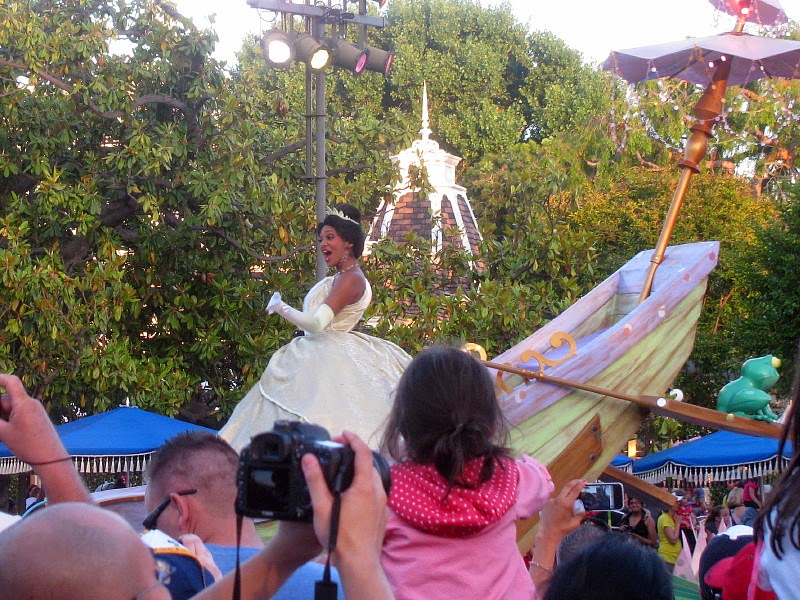 Tiana from The Princess and the Frog, Disneyland, May 2012.

I have many more, but that's enough for tonight. Let's so see what all the Robins came up with for this Challenge!

If it's still the weekend, it's not too late to play along yourself! Go for it, I say!