Round Robin: What Have You Got on Your Head?

River Song: What in the name of sanity have you got on your head?
The Doctor: It's a fez. I wear a fez now. Fezzes are cool.
(Amy snatches the fez and throws it into the air, where River blasts it to smithereens.)


For the Round Robin Challenge: Hats and Headwear, I asked to see, well, an interesting hat or headwear. Hats aren't nearly as popular as they once were, but still I see them from time to time, and not just baseball caps, either. Here are some recent sightings: 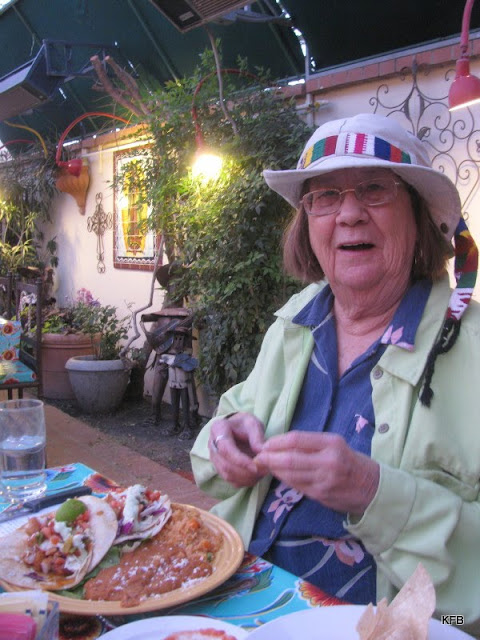 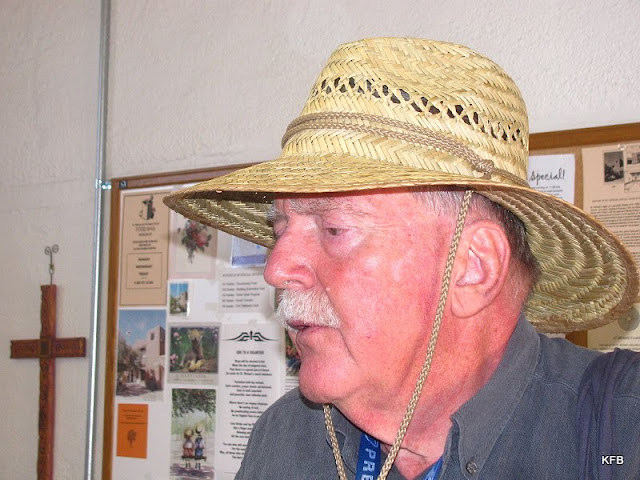 Jon R. often wears a sun hat when he's out and about. 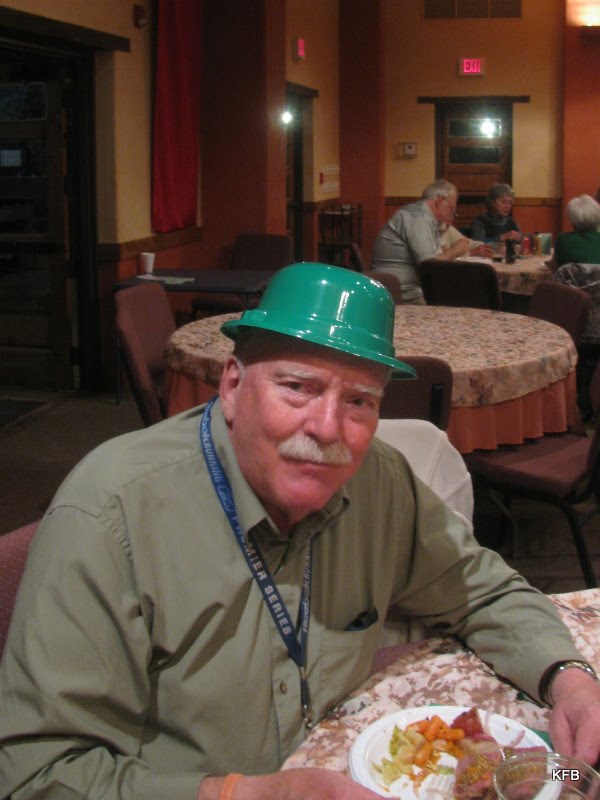 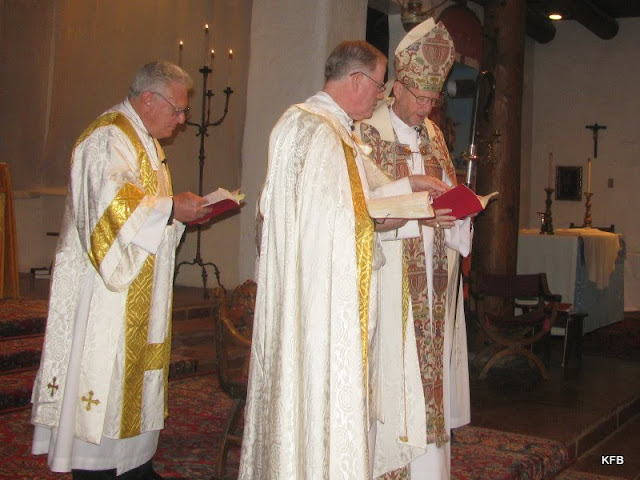 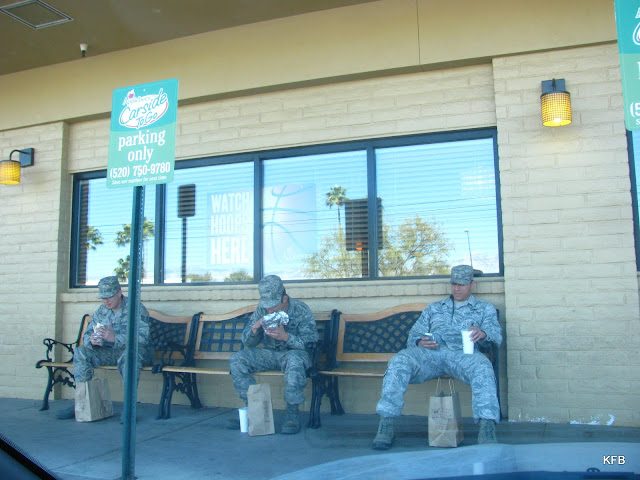 No need to take off the camo hats while eating lunch!

Now let's check out some more hats and headwear:

And it's not too late to post your own hat shots! 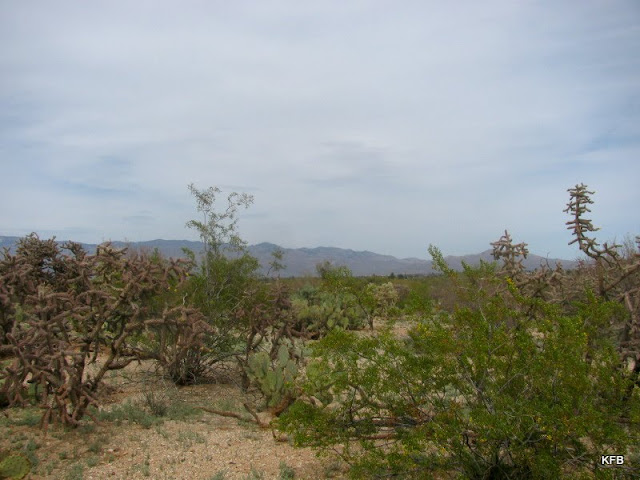 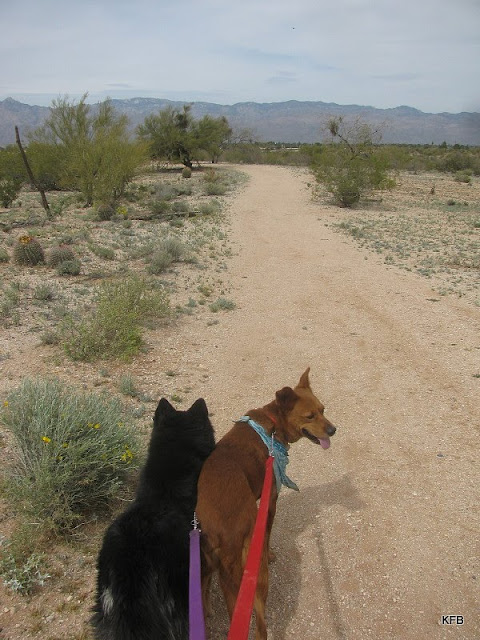 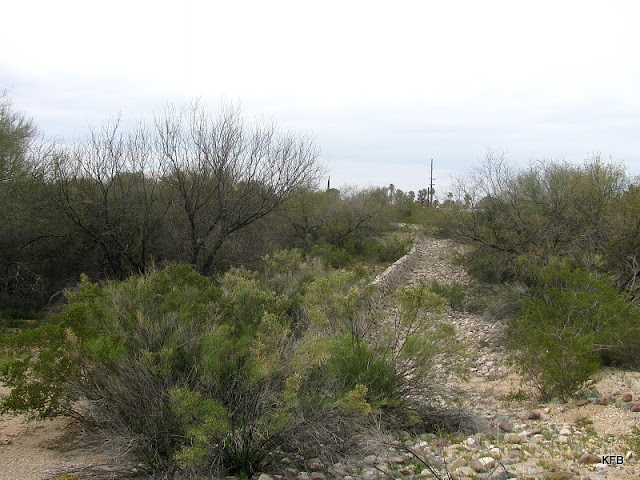 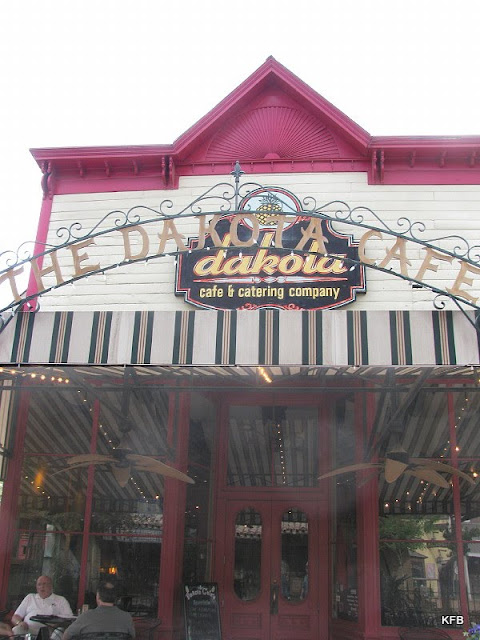 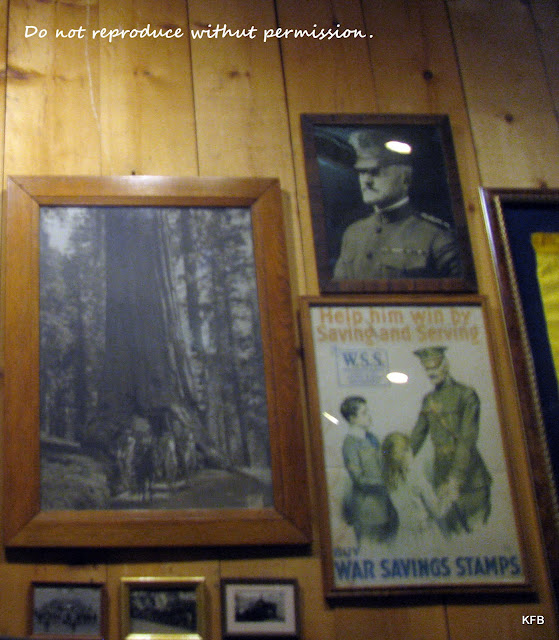 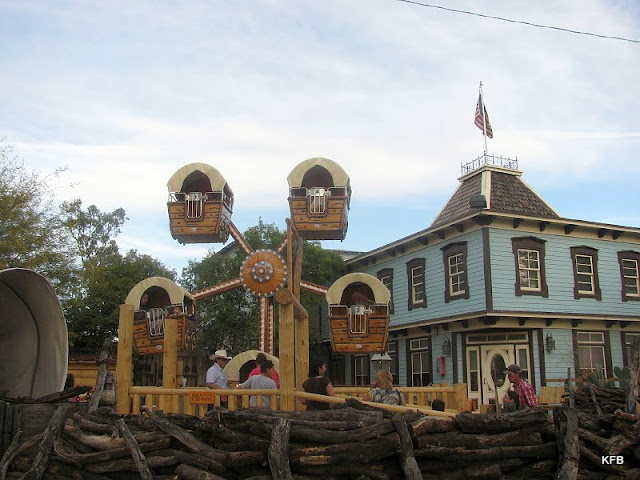 I don't remember why my friend Sara wanted to experiment with becoming microscopically small; but she did, and I helped her. Don't ask me how or why. Afterward I left her apartment (Sara doesn't live in an apartment), with her still invisible. I must have dropped the key to her apartment somewhere as I left, without which she could not be restored. I searched and felt quite guilty. Eventually I found it in a hallway, under a chair.

Afterward we were in a cafe or someplace, and I was trying to explain about my friend who was currently microscopic. I could not remember her name. I was pretty sure it started with a D, but...

"Dawn is a Buffy character."

I struggled to come up with this name I really should remember, putting my whole body into the effort. This was a mistake, as I discovered when my dead friend Tracy turned up.

I started shouting, Let me go back! Let me go back! There was no breath behind the words, no external sound. I kept shouting until I managed to produce an audible squeak of desperation and panic.

I was alive again. I took a breath. And I woke up.

Okay, it was just one dream, just one stupid, awful dream. I didn't belittle a friend, I'm not missing a key (metaphorical or otherwise), and I am most evidently alive.

But it's been many hours since then, and I'm sitting typing this when I really should be asleep. I do have sleep apnea. John has seen me stop breathing. Is that what happened this morning? Probably not. More likely it was an anxiety dream about taking care of myself and meeting my obligations to others, and what if I fail? Do I get another chance?

Round Robin Challenge: (People and) Dogs at Play

For this week's Round Robin Photo Challenge: Play, I asked to see someone playing, based on any definition of the word "play" you care to photograph. I've been taking the dogs for long walks recently, in city parks and around the neighborhood; so I ended up with pictures of dogs playing in the park. Oh, and people, but they weren't as interesting to photograph! 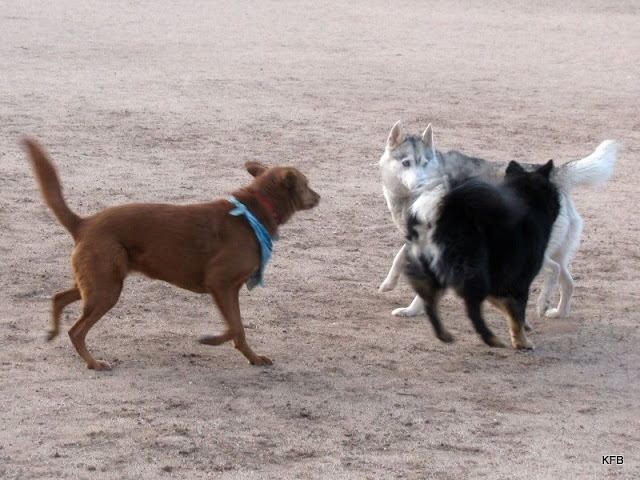 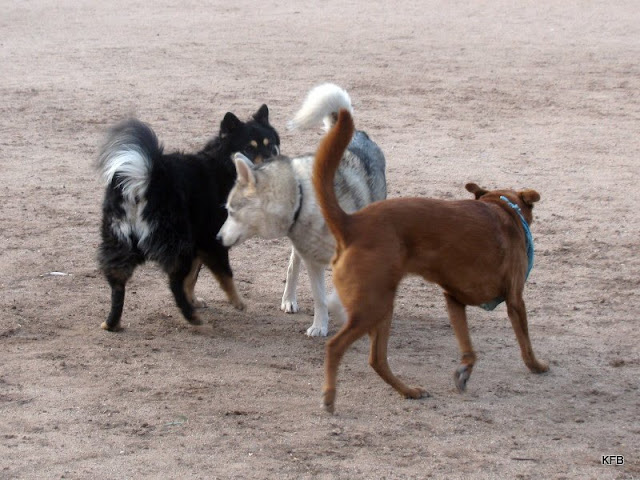 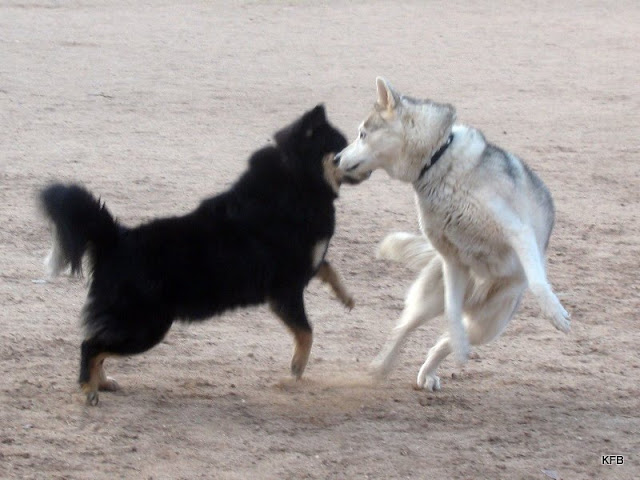 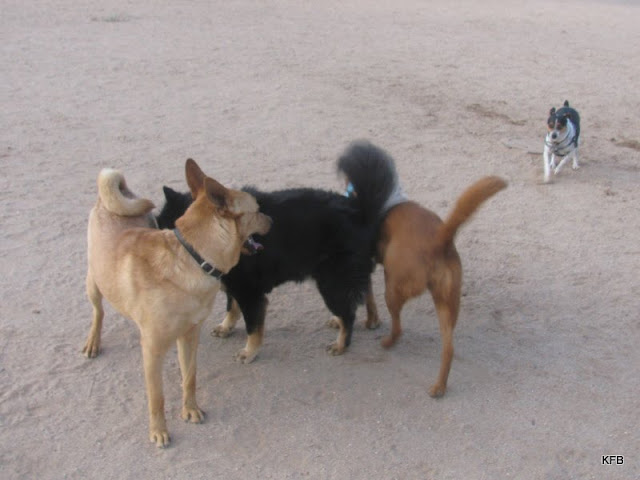 I submit to you that the dogs are having more fund than the people in my other two photos, taken at Udall Park: 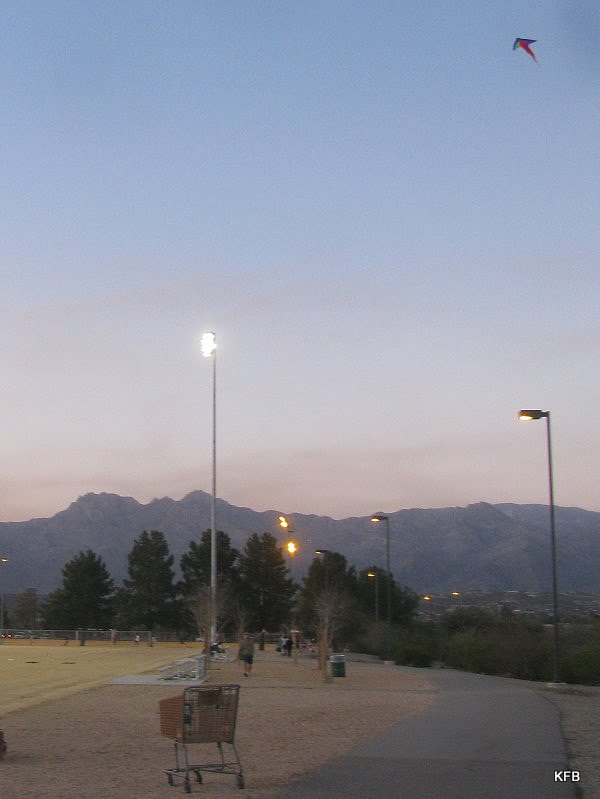 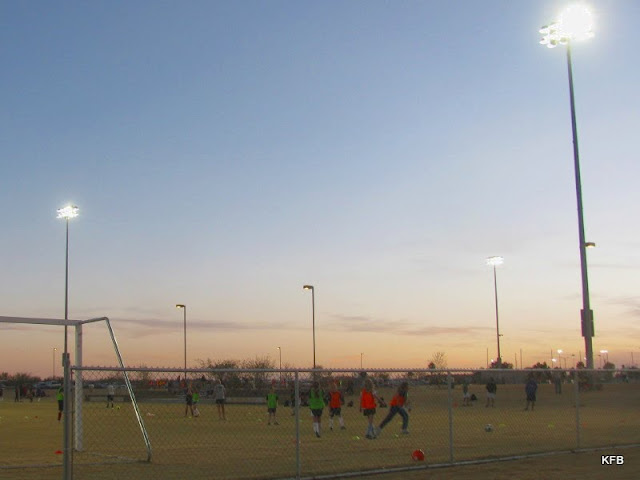 In case you can't tell, the tiny olive drab figure behind the shopping cart is the operator of the kite. As for the soccer players, well, I don't recall hearing many screams of delight. Okay, I'm probably not being fair. I've never been a dog, and I've never been on a soccer team that played in a park at dusk. Who am I to judge? But the dogs' photos are definitely better than the human ones!

Now let's check out how other Robins captured examples of play: