This week's Monday Photo Shoot is an oxymoronic variation on one that John Scalzi did last summer:

New Monday Photo Shoot #30: Photograph a small crowd. Your crowd can be anyone from diehard fans at a losing team's home game to the express line at Safeway at closing time; commuters on a late night bus or sunbathers on a cold day at the beach. They don't even have to be human! (See below.) Just show us a middling number of people or animals engaged in roughly the same activity.

Here are the shots that inspired this week's topic: 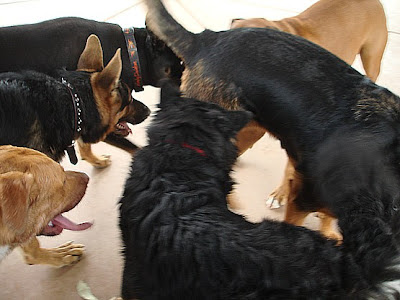 Pepper greets her new friends at the dog park... 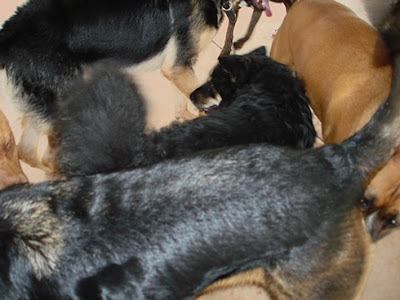 ...and is soon surrounded by them.

One day earlier, in the human world: 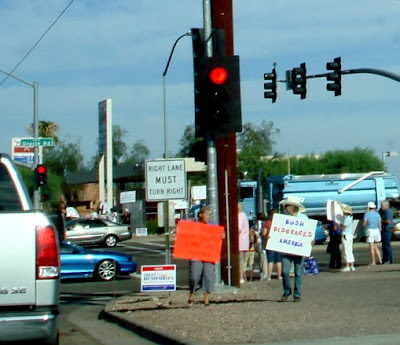 to attend a fundraiser for Republican candidate Tim Bee.

Your turn! Photograph a small crowd, post the result to your blog or journal with a link back here, and add a link to your entry in the comments below. I'll be back in a week to show off the small crowd of entries. And remember, everyone's invited to participate, including you! So don't be shy; we're a small but friendly crowd around here!

Yay! I got my USB issue straightened out so I can read memory cards again!