For the Round Robin Challenge: In the Dark,I asked to see pictures taken under dark conditions. If you follow me on Facebook, you may know that this has not been a great week for me to do anything as carefree as taking pictures for a meme. My Dad collapsed in church last Sunday and was just moved from the hospital to a rehab facility on Thursday night. (He's going to be fine.) Meanwhile I've had a cold that was bad enough that I thought  at first it was flu. And I STILL had to work!

But Friday the 21st was my Dad's 91st birthday. I bought a square cake slice from Safeway, had them write "Happy Birthday Dad!" on it and took it over to the rehab place, along with appropriate candles and a lighter. But I forgot to photograph it!

No matter. The room wasn't that dark, anyway.

But I still have the candles and the lighter, so tonight I went out for camera batteries and something else to stick the candles in. Here you go: 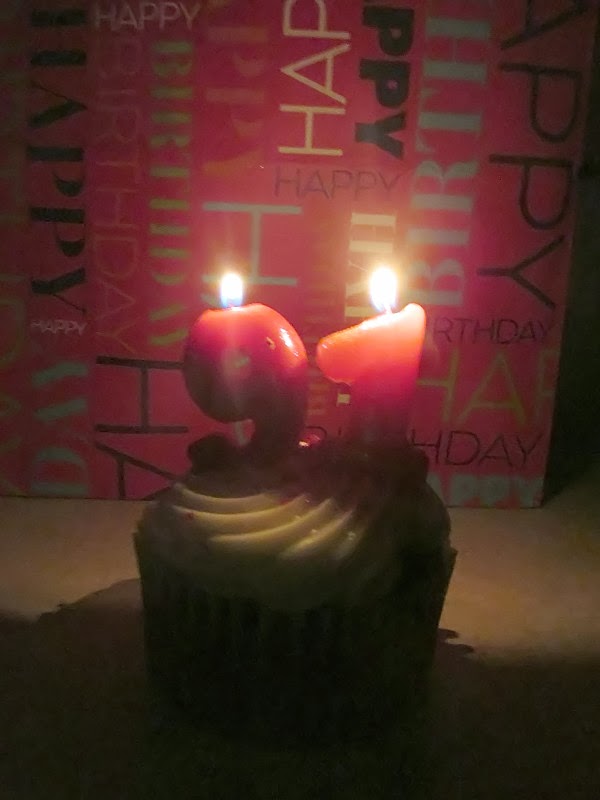 Archivally, I also have numerous attempts at photographing candlelit Easter Vigil services at St. Michael's in years past. Here are some of those from 2013: 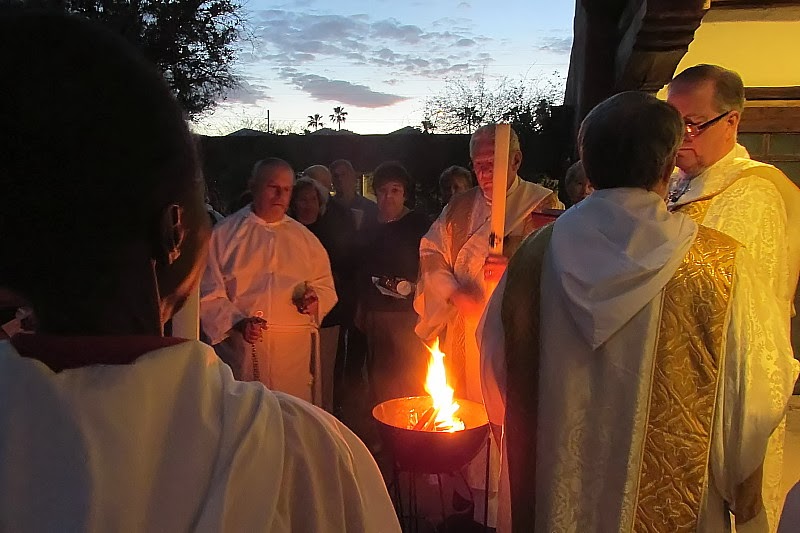 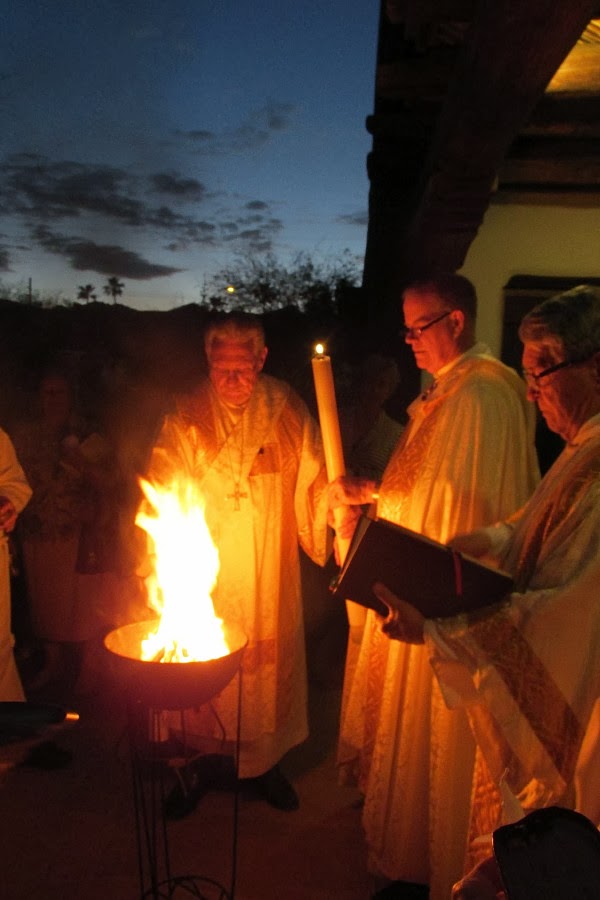 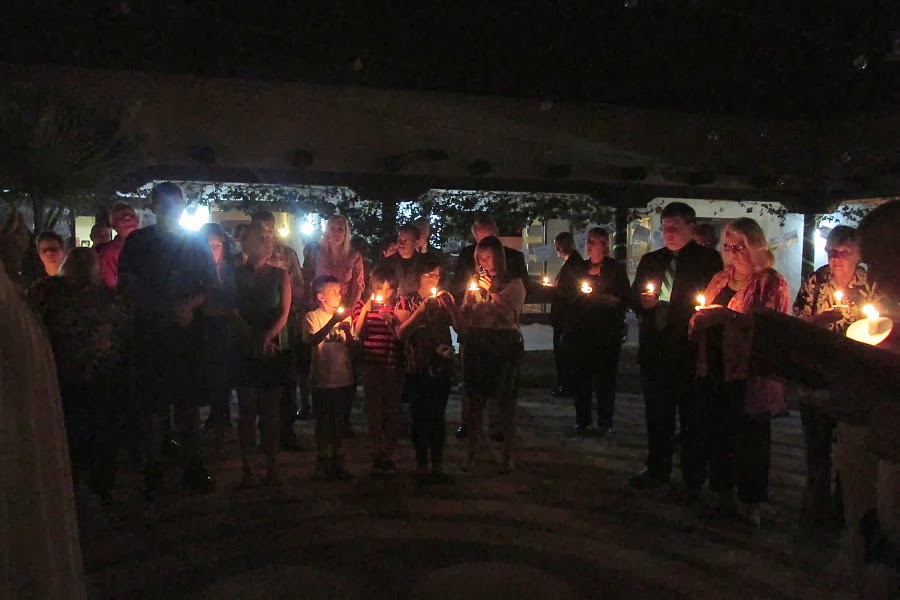 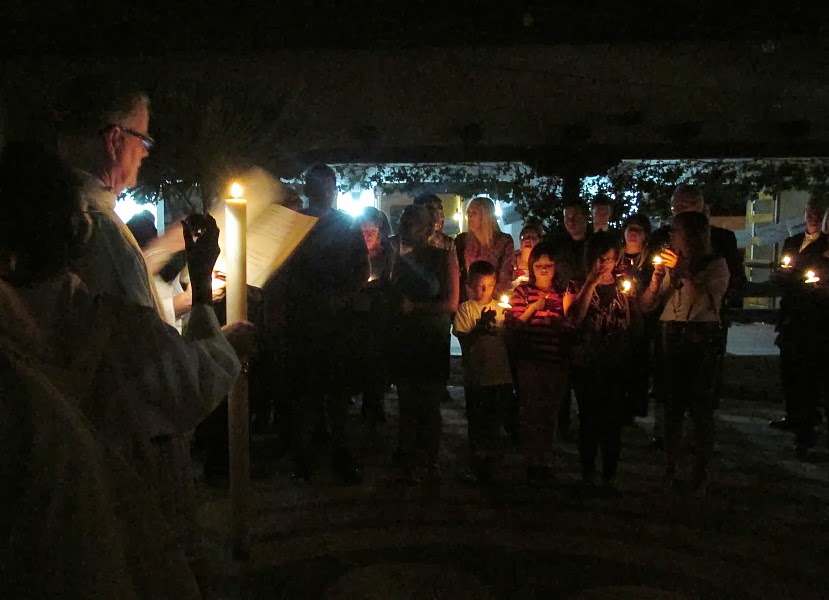 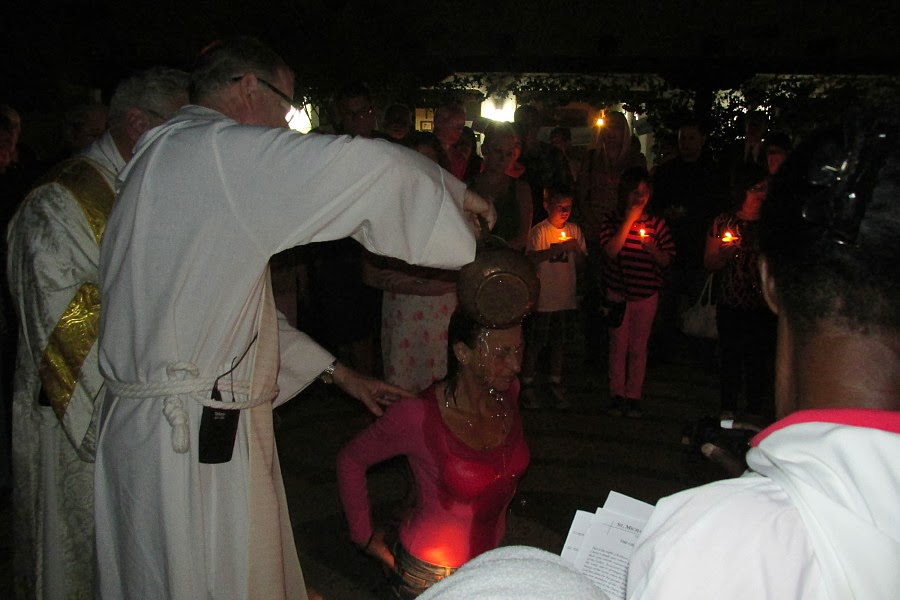 I'll try again this year! Meanwhile, let's see what other Robins found "In the Dark!"

Round Robin: Look Out! Behind You!

For the Round Robin Challenge: Rear View, Carly asked us to "Take a photo of something behind you." That's kind of tricky to do!

For example, I've been trying for years to get a decent photo of a sunset as I drive away from it. Rear view mirror shots never seem to work out, but the driver's side mirror will occasionally do the trick. My most successful one ever came during a rest stop at Picacho Peak, Arizona, on a drive back from Phoenix in May, 2006: 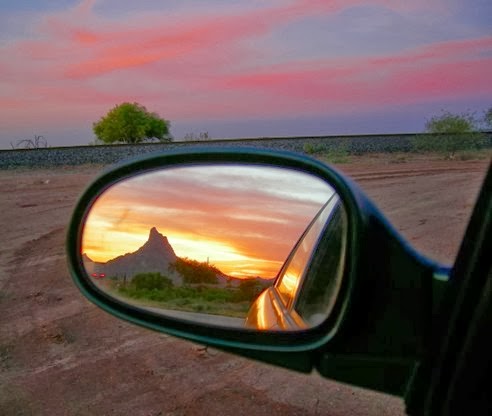 To get that shot, I drove a little way down a dirt access road until I could get Picacho Peak framed in my mirror. I rarely have the combination of time, patience, and luck (being in the right place at the right time) to pull off something like that. Here's a recent effort, taken while actually driving: 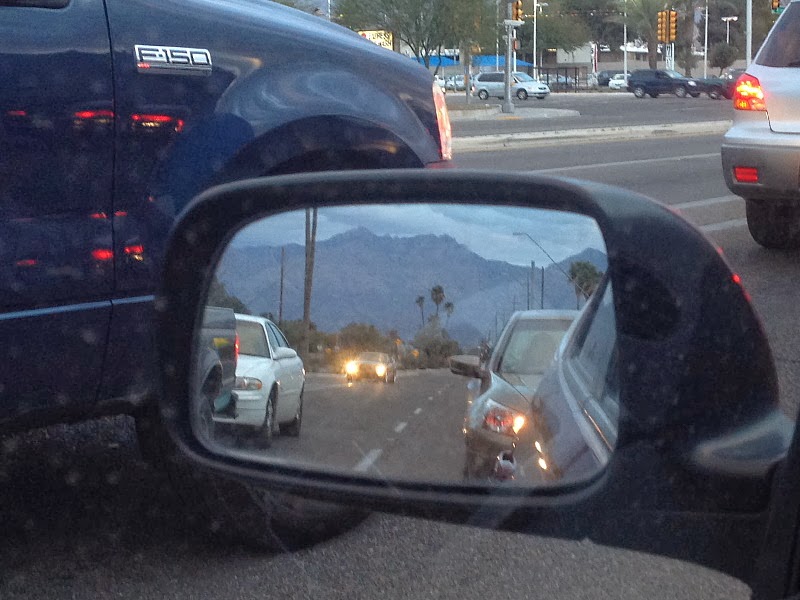 Yes, it had been raining.

Another time we look behind us is when we're in line, to see how much longer it's gotten since we arrived, in hopes that we'll feel better about being as far forward as we are. Here's the line behind me at Cars Land in Disney's California Adventure in May 2013, even before I reached the entrance to the official line for Radiator Springs Racers. It was totally worth the long wait. 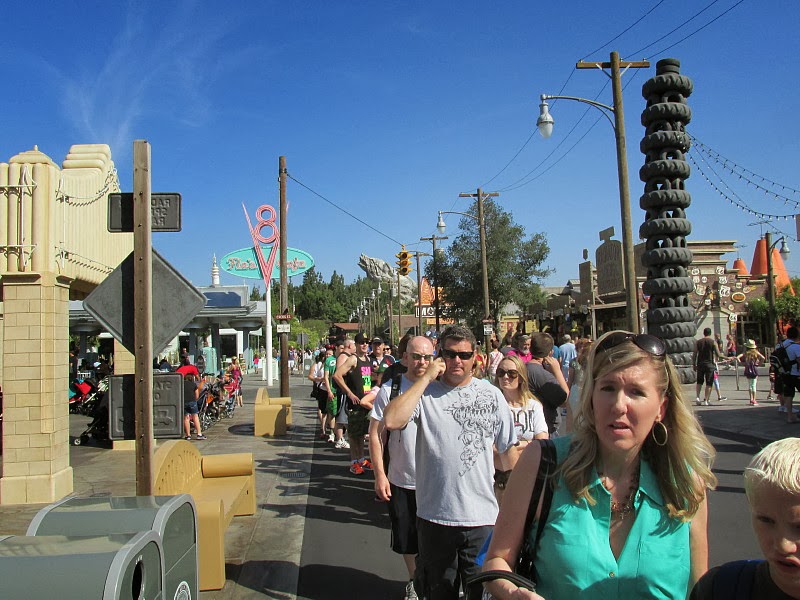 I did try to get a mirror shot of my dad behind me at the barber shop last weekend, but it didn't work out. So I'll close with two shots I took at AIDSWalk in October 2012. Behind me was my friend John Rinnander, among others. Jon here is the old dude with the mustache and the brown hat. He died of cancer in 2013. 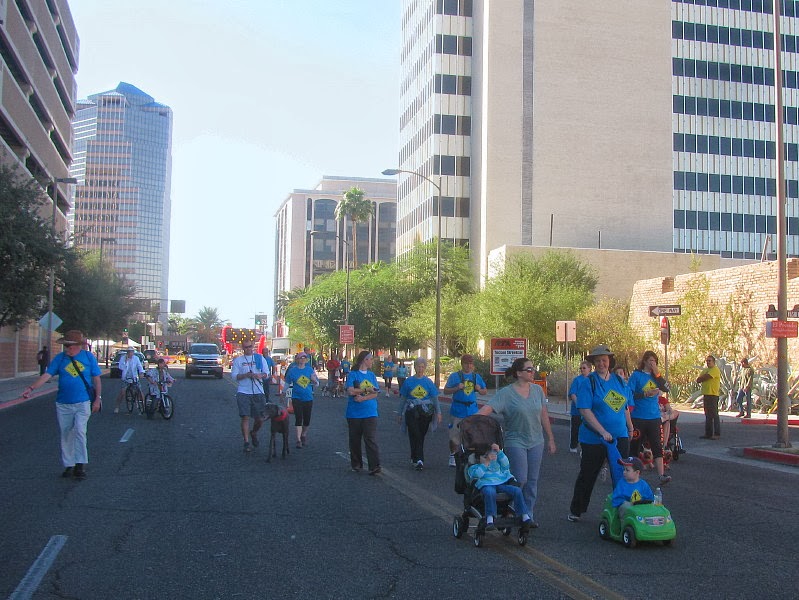 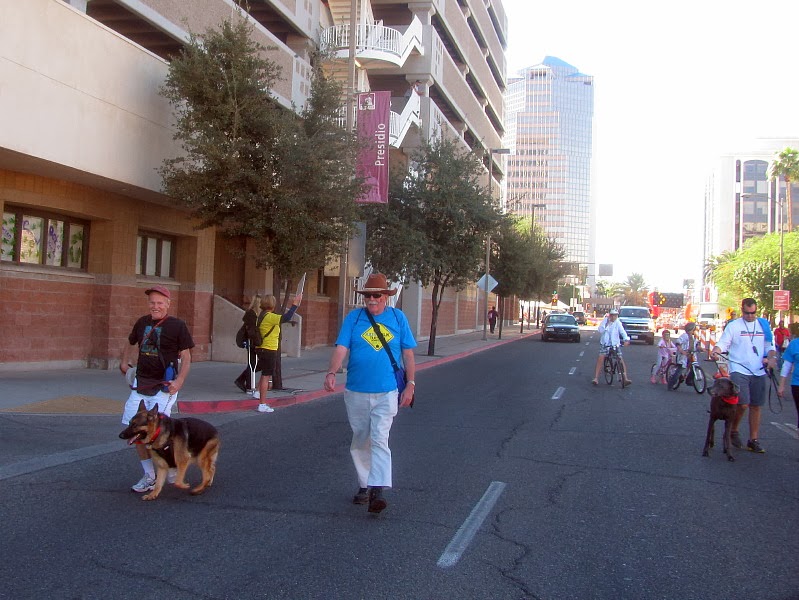 Now let's see what other Robins saw in their rear view!