Pepper in the Park 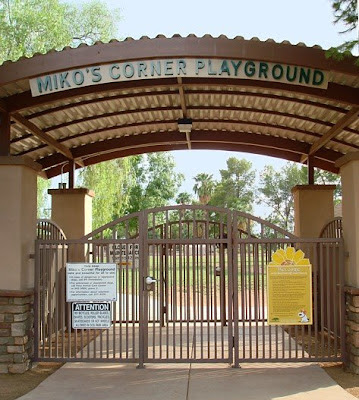 Yes, we went! That is to say, Pepper and I went to Miko's Corner Playground at Reid Park. John stayed home and watched a Hong Kong horror movie. Tuffy stayed home and was annoyed at being left out, but she hasn't really enjoyed the dog park on previous trips.

Pepper didn't want to go on the leash or into the car, whereas Tuffy desperately wanted to do both. Pepper has not left home since we got her except for a trip to the vet, and probably associated car trips with adoptathon cattle calls. But I think we changed that today.

When we last tried to socialize Tuffy at Reid Park years ago, the off-leash area was a fairly modest chain link enclosure. Now it's a rather nice facility with benches and shelter, named after (I think) a hero police dog. I had a little trouble finding the place, and we ended up with a rather long walk from the wrong end of one of the many parking lots. But we got there! 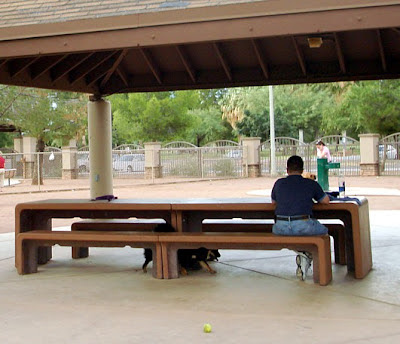 Tuffy's reaction to the old park was to tolerate a bit of sniffing from other dogs, but mostly ignore or walk away from them. Pepper was much better than that. She did hang out with me a little at first, using the picnic tables as her hideaway cave. But she did not shrink from the other dogs, and even initiated some of the sniffing. 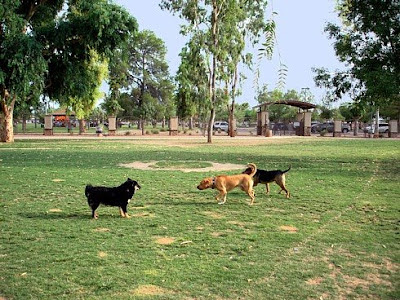 She didn't exactly play with the other dogs, but she wasn't afraid of them, either. That puts her at least one up on Tuffy. 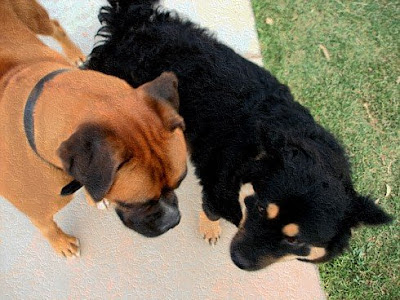 This dog, D'Argo, was particularly friendly, as was his owner. He didn't photograph well - came out all lightstruck and orange - but I've tried to clean him up a bit. 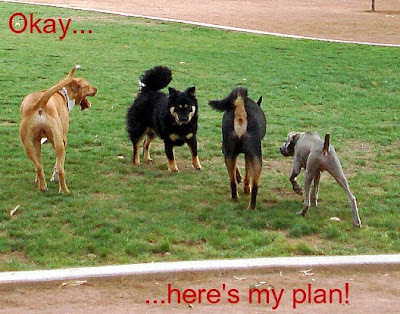 No, Pepper didn't end up as the alpha dog, but she did just fine. We'll be back!

Good for Pepper and good for you. I tried to take Rocks to the dog park once. She is more like a zed dog. When any dog approached, including little tiny chihuahuas, she'd lie down and roll over. You could see she was miserable. My husband was so embarrassed that he never walked her again.