Round Robin: Age Is Relative

For the Round Robin Challenge: Really Old, I asked to see photos of people, places or things at least 60 years old, and preferably at least a century old. I think I had some idea of photographic historic buildings or old ruins, that sort of thing. But it's been a busy couple of weeks for me, and who am I kidding? When I think of great age these days, I think of my Dad. He turned 91 years old this past February. He probably won't make it to the century mark, but who knows? 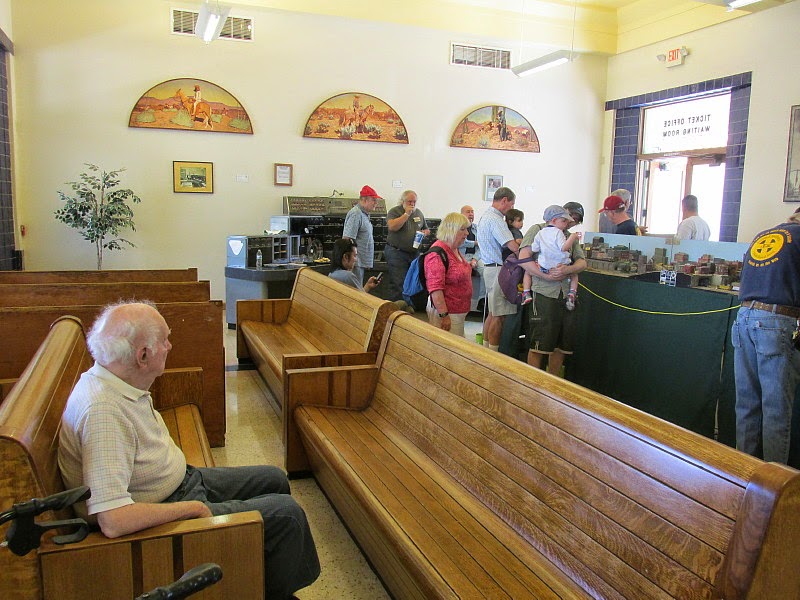 My Dad has dementia, and week by week he loses a little more of who he was.  May 10th was National Train Day, and I took him down to the Historic Depot, where an N-scale model railroad layout had been set up in the vintage Amtrak waiting room. This should have been a neat thing for him, because a) he used to be an avid model railroader, working in N-scale, b) he used to be president of the Wilmington Railroad Museum, and c) even in the past month or two he has shown interest in tiny scale models of things. But on that day, he declined to go up to the model train setup and take a look. 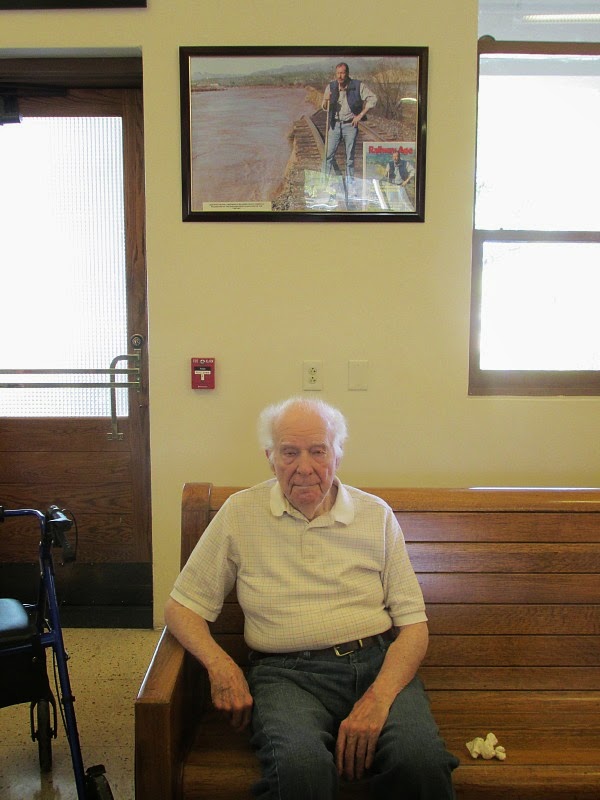 I thought it was because he was tired (and he was), but we were there at least an hour, and he never did agree to get up and look at the trains. 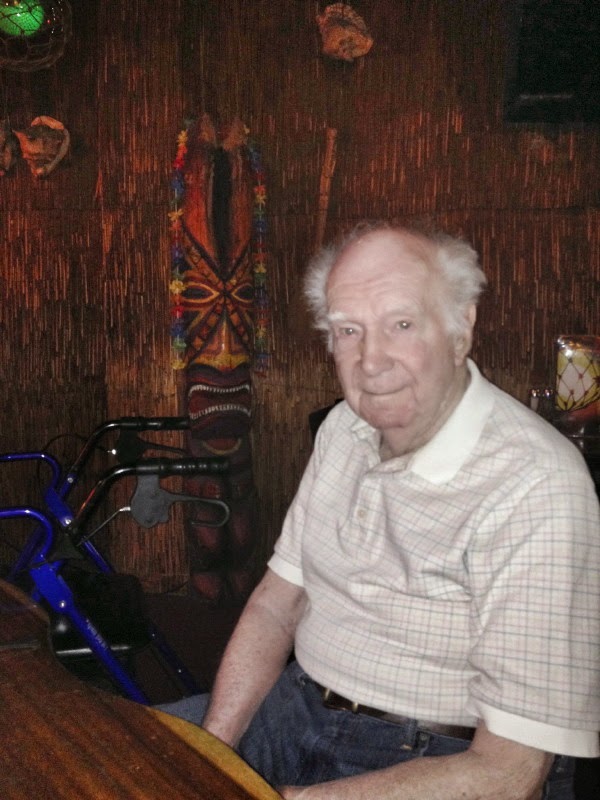 He's also losing his ability to remember some fairly basic concepts we take for granted. On Train Day we also stopped at the Kon Tiki for lunch. He doesn't focus on the menu well enough any more to really choose his own food, and even before this he tended to make bad food decisions, solely on the basis of lowest price. ("No, Dad, that's the wine list. Look at this page where the sandwiches are.") So on that particular Saturday I ordered him a chicken sandwich(?) and a dinner salad. At first he was eating croutons and cucumber slices with his fingers, not having put the salad dressing on it. Thinking he might not want the Italian dressing I'd ordered for his salad, I gave him my leftover thousand island dressing. He promptly spread this on a slice of banana bread and ate it. More recently, I showed him how to crack open a peanut, and more recently still, he didn't understand how to consume a root beer float. He kept stirring and stirring it with both the straw and the spoon, and ultimately ate and drank very little of it. 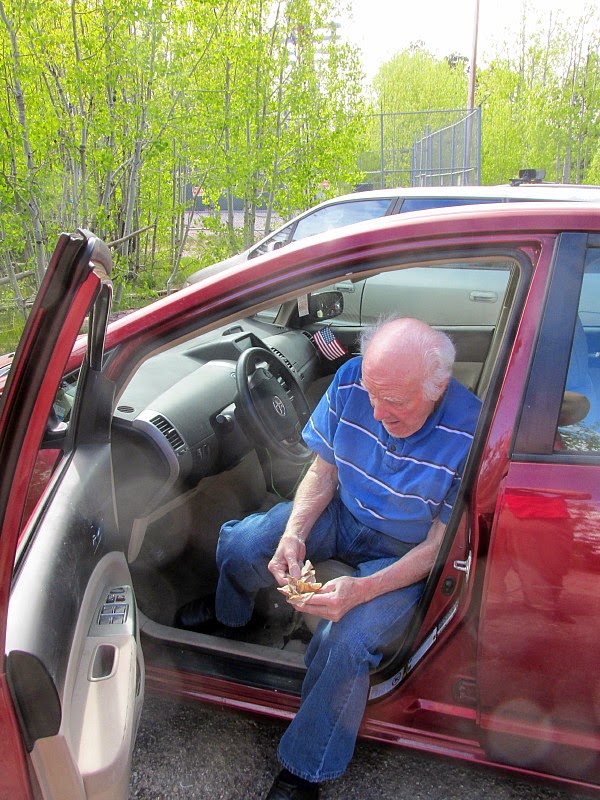 Some things are still in his head, though, including what a red light means, and the idea that he should sit in the driver's seat. Last Saturday I drove him up to the top of Mount Lemmon - not to Marshall Gulch past the village of Summerhaven, but taking the right fork past Ski Valley and continuing until we reached a road block a few miles later. I don't think I'd been that far up the mountain in 20 years, if ever. We parked in a little lot up there, and Dad chose to get out, only to return to the car after about two minutes - it was too chilly up there for him, and the air was too thin. I was taking pictures and not paying close attention, and when I reached the car, there he was on the driver's side. I told him his was NOT going to drive down the mountain, and fortunately he acquiesced. It's a good thing that I am careful nowadays not to leave the car running or the keys in the car when he's with me and I'm not actively driving. 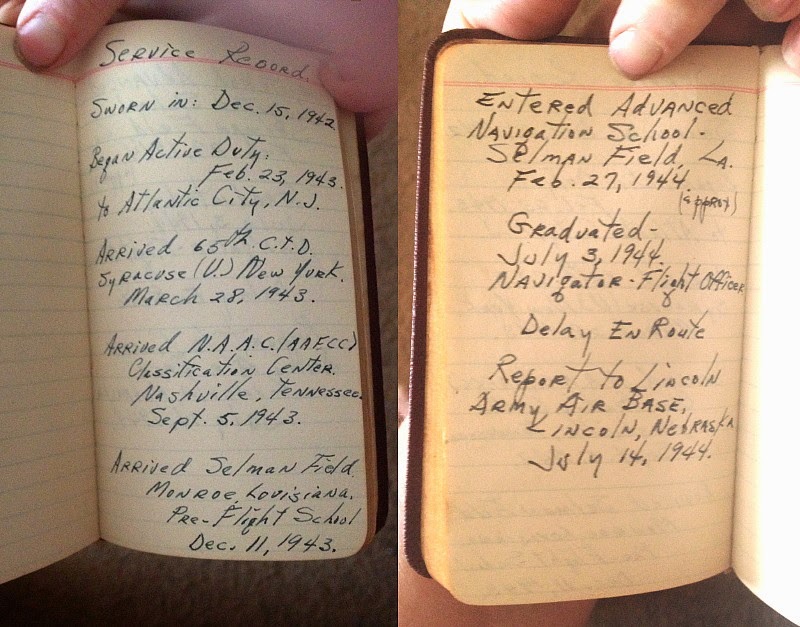 I found something else last weekend that is also very old. In our library was a food storage bag containing stuff of Dad's that I'd never seen before, presumably out of one of his boxes of keepsakes that we packed up in December 2012. Along with his Bachelor's and Master's diplomas, a very old kid's book, his childhood autograph book (signed by family and classmates) and two pocket New Testaments, I found a pocket memo notebook. In it I found a list of family birthdays, several lists of addresses, and a two-page timeline of Dad's service in World War II. Apparently in 1943 he wrote down when he was sworn in (Dec. 15, 1942), began active duty (Feb. 23, 1943, two days after his 20th birthday), and the four places he was assigned to Stateside in 1943 (Atlantic City, Syracuse, Nashville and finally Monroe LA for flight school). His handwriting is different on the next page, where he recorded that he entered advanced navigation school at Selman Field, LA on Feb. 27, 1944 ("approx," he says), graduated July 3, 1944 as a Navigator-Flight Officer, experienced a Delay en Route, and finally reported to Lincoln Army Air Base, Lincoln NB, July 14, 1944.

He never got around to recording in this memo book when he got to Foggia, Italy, his seven missions, his capture and imprisonment at Stalag Luft One, his liberation in mid-May 1945, his return, hospitalization and discharge. I know from his Library of Congress Veteran's History Project page that he was with the 772nd Squadron, 463rd Bomb Group, but it's not something he ever talked about in my presence except on one memorable (for me!) day in January 2011. He also did a long interview and a living history recording around 2010, so there are some records of what my Dad did all those years ago. Which is good, because he mostly doesn't remember being a veteran at all. 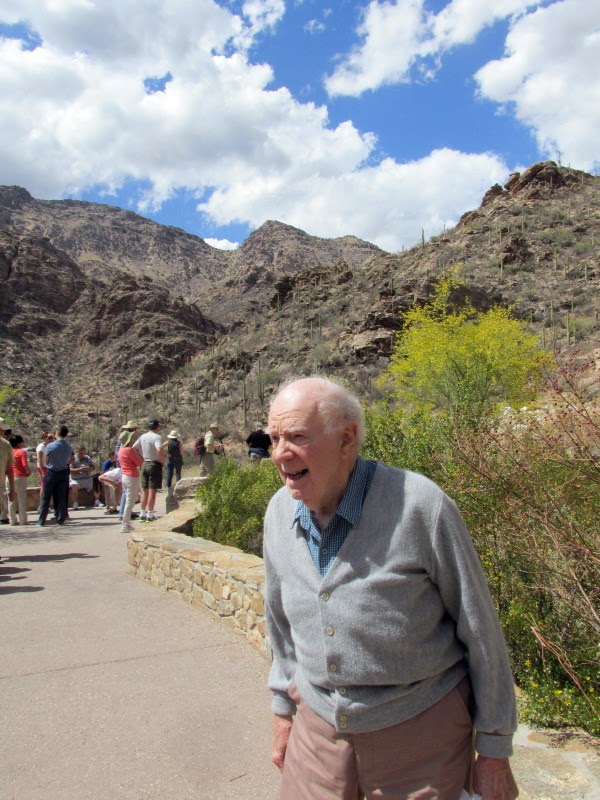 As old as Dad is, he's not the oldest person I've known. My friend Margaret is two weeks older and in much better shape cognitively, and years ago my other friend Eva made it to age 104. But even that great age is pretty ephemeral compared with the mountains I love to drive on, or this planet we keep endangering. 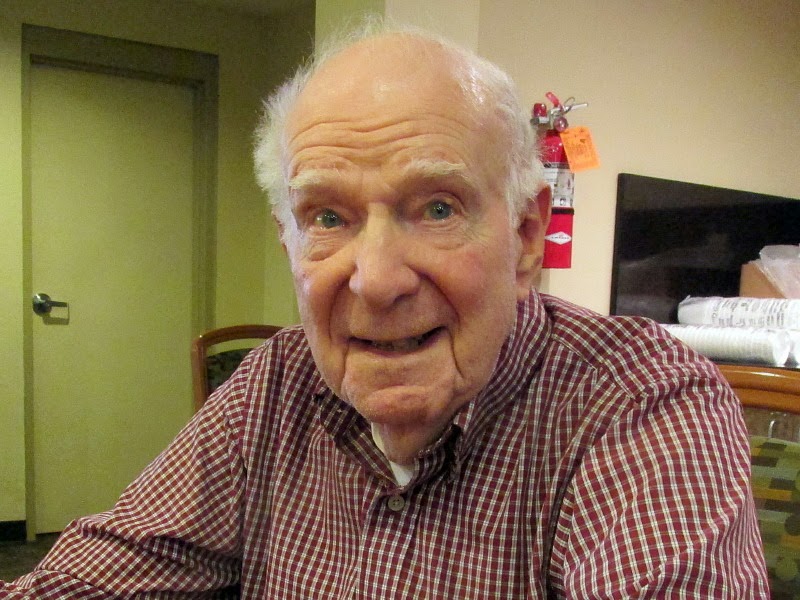 But human life has meaning, and each individual life has meaning, even after 91 years, when brain function falters and much of who the person was has been lost. He's still my Dad, and he still is glad to see me each day. And I still love him.

You know what? I bet Carly's entry this week is much more cheerful than mine....

Round Robin: Is That Funny?

For the Round Robin Challenge: Funny Stuff, I asked to see "one or more pictures of anything funny, or at least humor-adjacent." I thought about taking pictures of Snoopy and Linus toys, but they didn't seem all that funny without the words of the comic strips. And this was my "hell week," my last week at my third job, working late every night. I haven't been out much, or had time to seek out humorous subjects with a camera. But yes, I did manage to take a few pictures, and curate a few more from my files. Is any of it funny?  You get to decide! 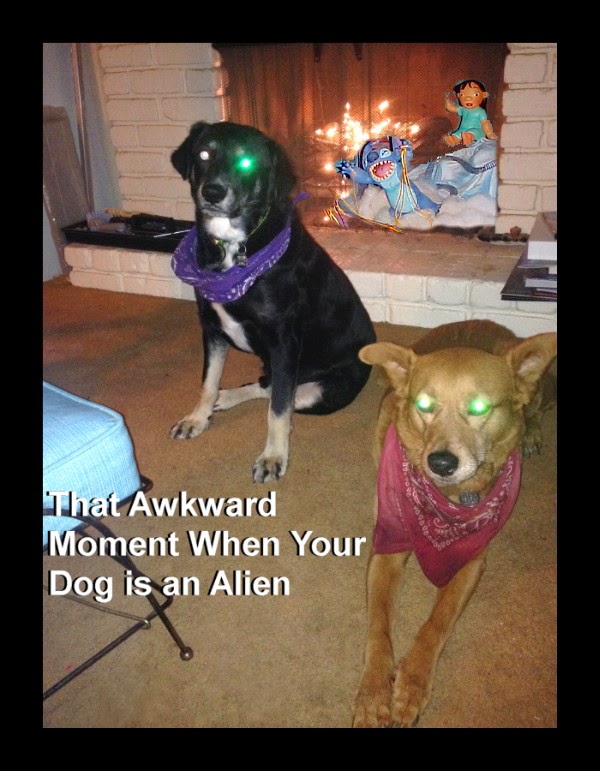 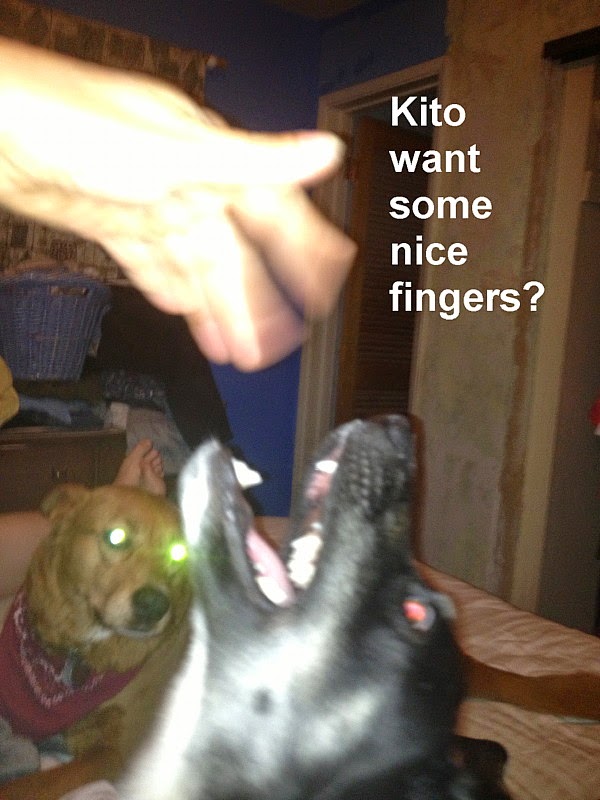 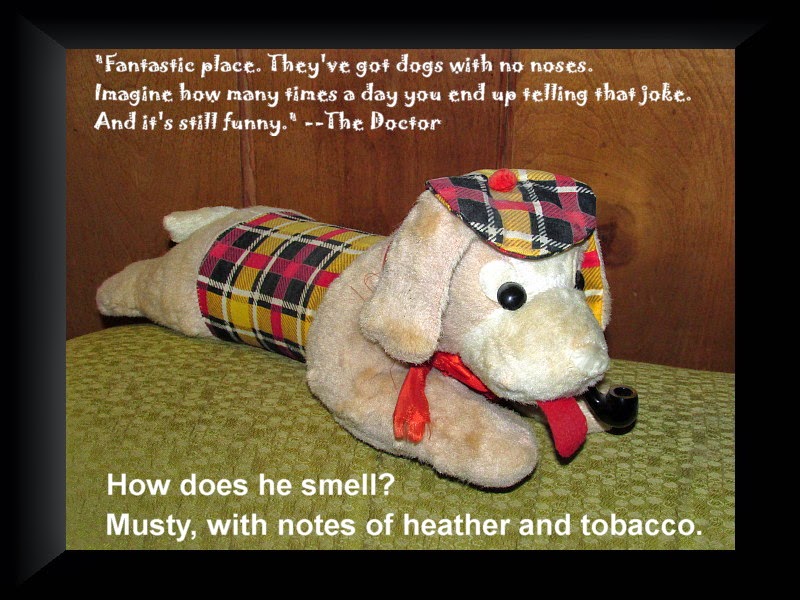 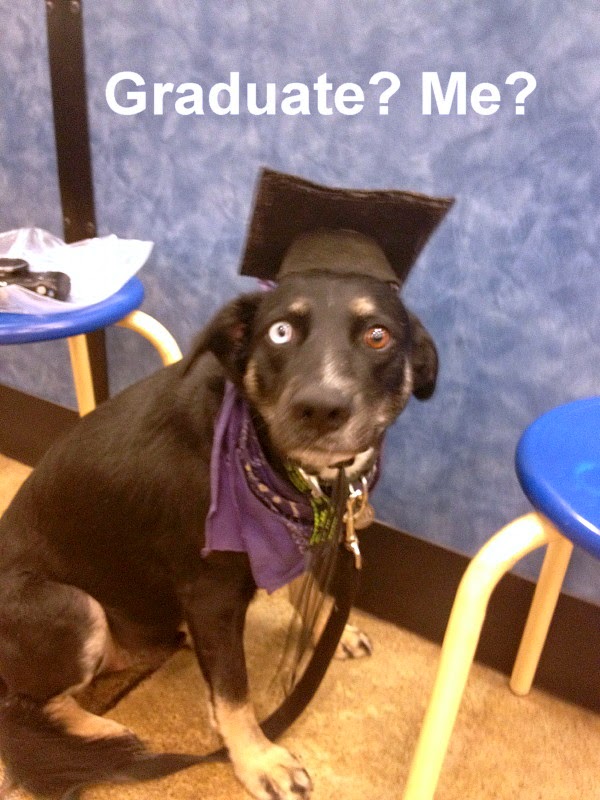 For the Round Robin Challenge: May Flowers, I asked to see fresh photos of flowers from this brand new month, if possible. Just in case I didn't manage any decent shots in May, I started a few days early, myself. But I'm happy to say I did get out for some actual flowers actually photographed in actual May 2014. Let's take a look!

I'm beginning to think there's a 90% rule in Tucson flower identification, as in, "90% of the floral hedges are oleanders." Here are some examples from the hedges lining the park behind St. Michael's: 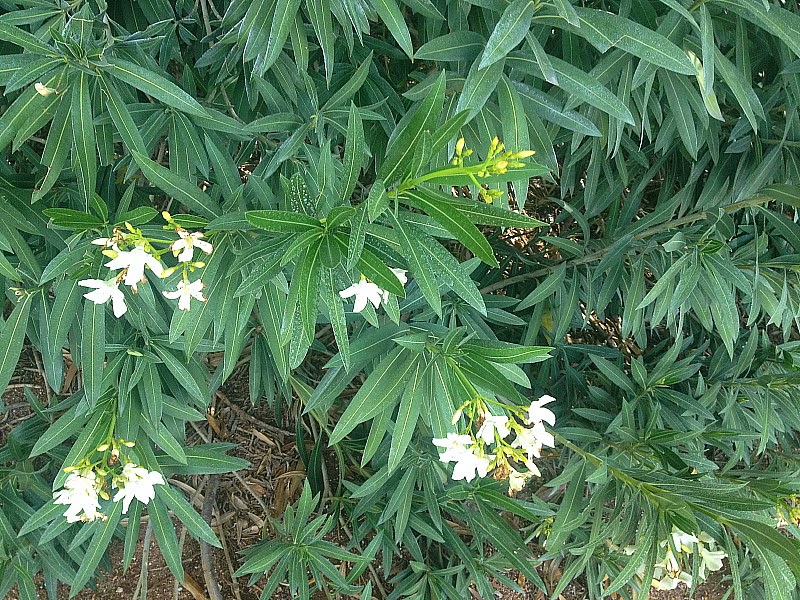 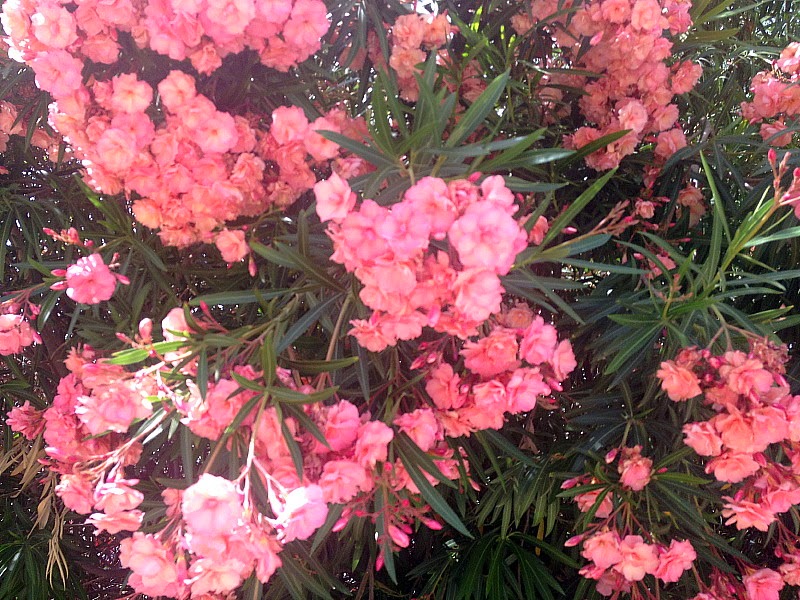 The flowers don't look very similar, but the leaves do. The white ones are along the back boundary of the park, while the pink and red ones are along this hedge between the park and the library (and St. Joseph's Hospital): 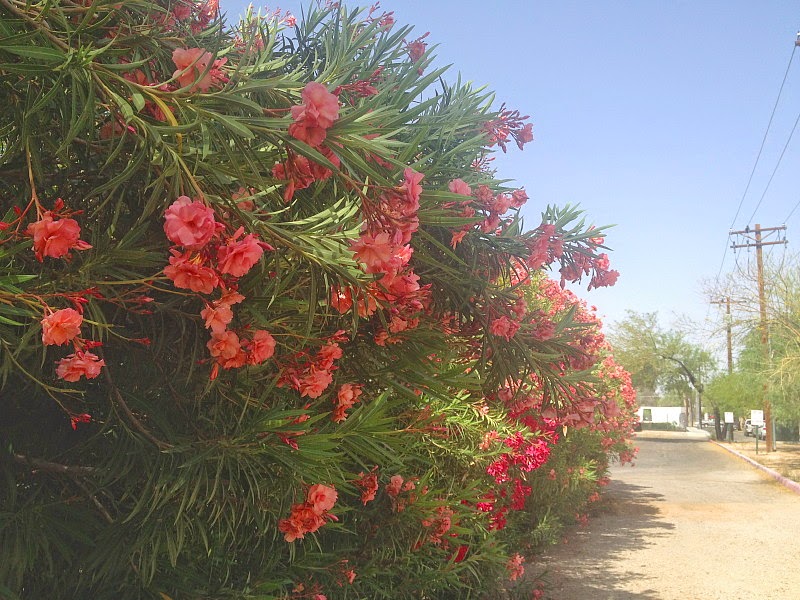 By the way, about a minute after I took this photo (and these were all on the iPhone, hence the iffy quality), I stepped in a rut and sprained my ankle. Again. Not a bad sprain, this time.

Later that day, when I visited my dad, I photographed a few small but interesting flowers outside the Memory Care unit, this time with my Canon: 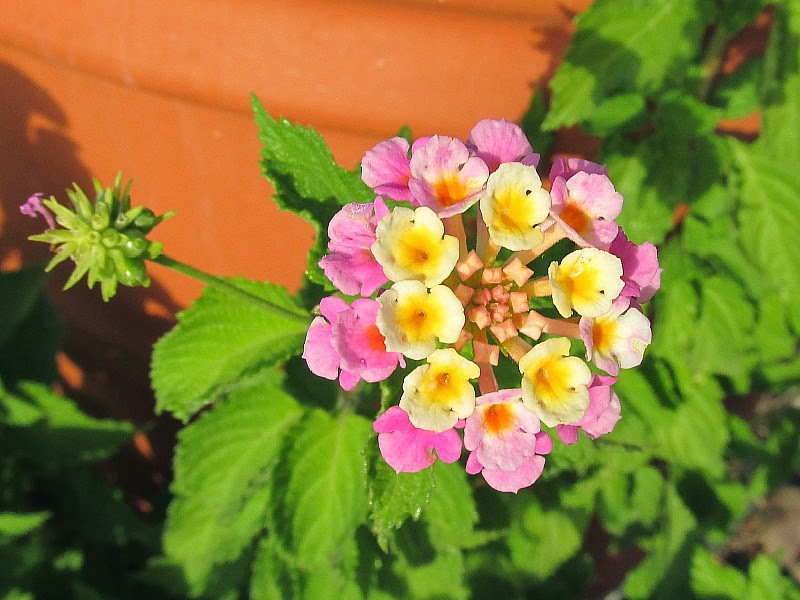 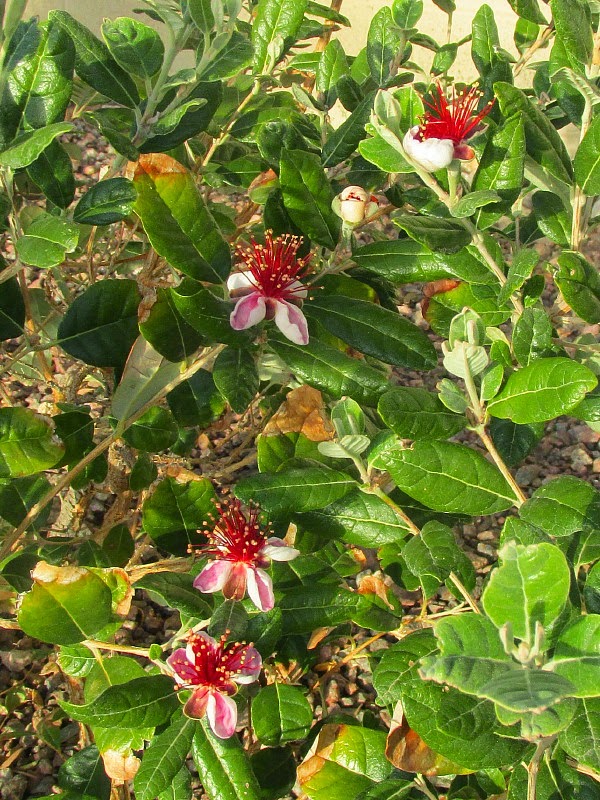 That was all on Thursday. On Friday morning, I took a moment in a bank parking lot to get you some real Arizona specimens. This is a Yucca. I think it's a Soaptree Yucca, which is native to Southern Arizona. 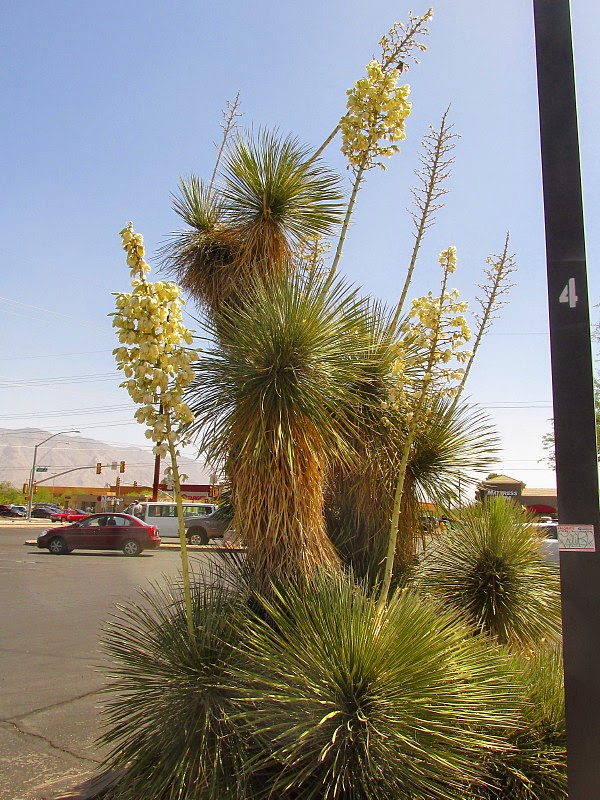 And I really should show you the Arizona State flower, which was in the same parking lot! It's a little early in the season, but here are the flowers of the Giant Saguaro! 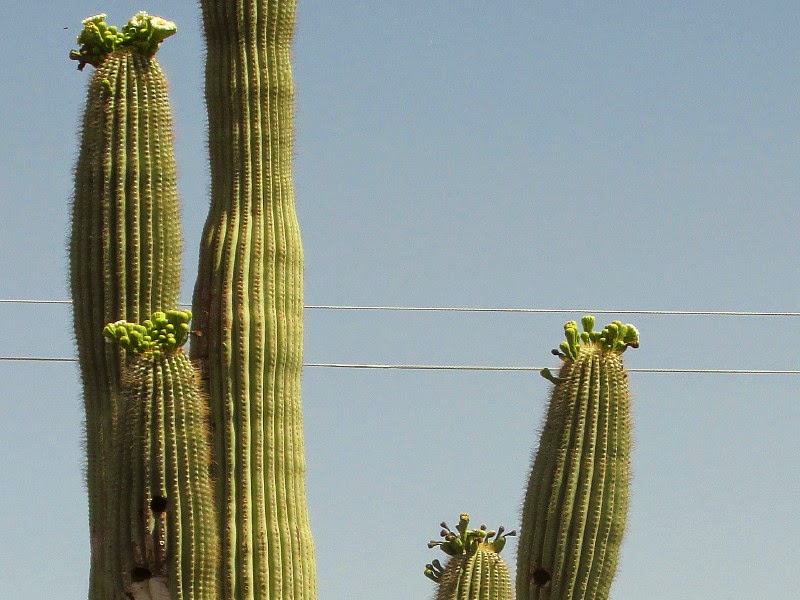 All in all, I think I did pretty well for someone who doesn't even like flowers!

Please check out all this week's entries: