Round Robin: Heads AND Tails

For Round Robin Challenge: Heads or Tails? I asked to see photos of any kind of "heads" or "tails" - but not in the same photo. Here we go! 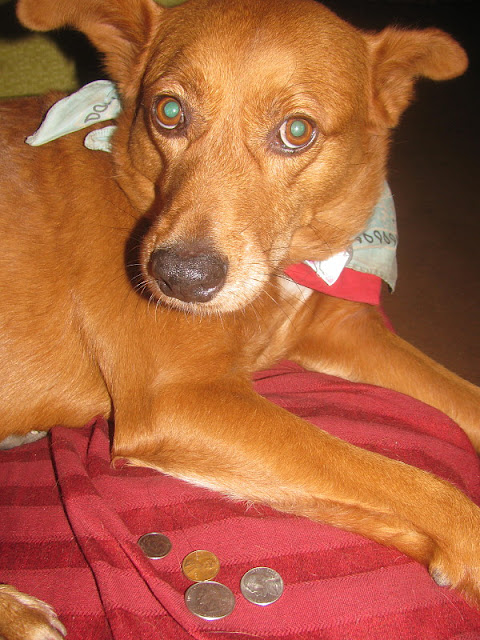 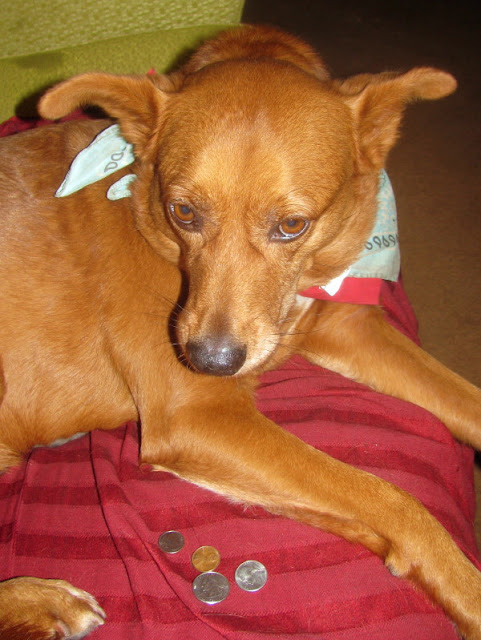 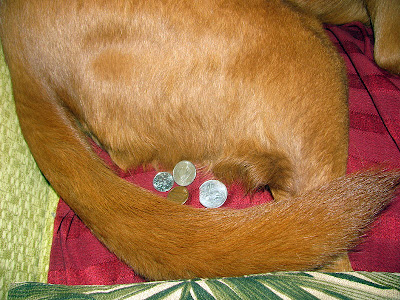 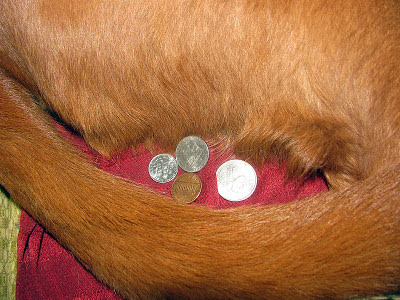 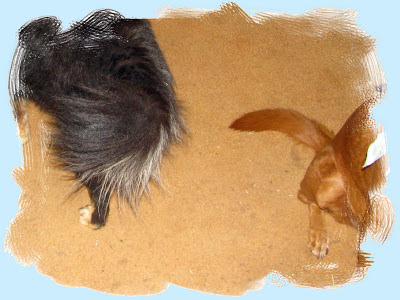 Now let's check out what other Robins found for this Challenge!

Round Robin: I Write On White...

For the Round Robin Challenge: The White Stuff, I asked to see anything white, or as close to white as possible. I had no idea what I would photograph for you myself, until today when I realized I was surrounded by a sea of white stuff: white papers... 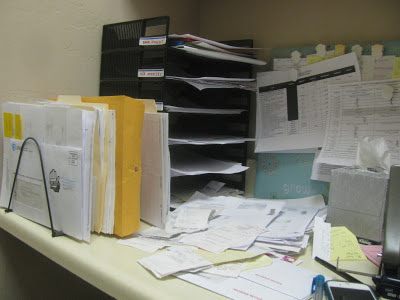 and the boxes they sometimes go in. That is, if I can ever get the filing done! 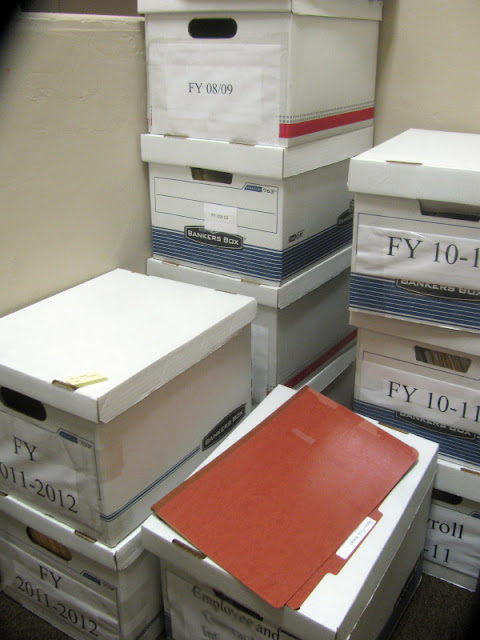 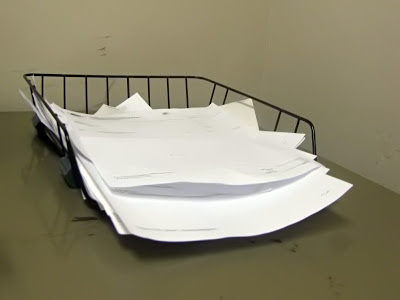 These shots are all from my second job, at Small Local Non-Profit (SLNP). On Monday I stop being a temp and become an actual employee there. I've smudged out most of the writing in these photos for the sake of confidentiality. 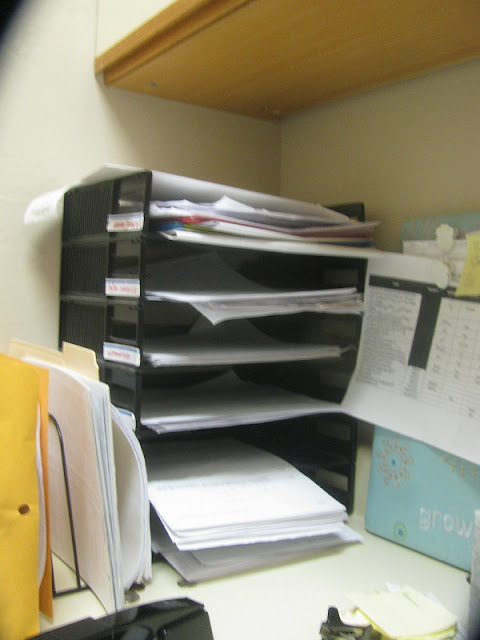 But as you can see, maybe, I did make a little progress today with my white paper problem!

Now let's see who else has something white to show us, before I go wrangle more white papers at church tonight!

In August, 2004, I had been blogging for just under six months when I happened to write a piece that I'm still rather proud of. The venue was my AOL Journal, Musings from Mâvarin. The post was titled "Let 'Em In." In it I wrote about people dying in the Arizona desert as they tried to make the crossing from Latin America into a better life in the U.S. I found it inconceivable that anyone would rather see poor people from Mexico and beyond be overcome by heat, dehydration, wild animals and human predators, leaving their bones in some remote bit of desert scrub, than let them simply immigrate to the U.S. safely and legally. Sure, let's catch the drug smugglers and other criminals, but let's stop making the attempt to come to this country a crime in and of itself. 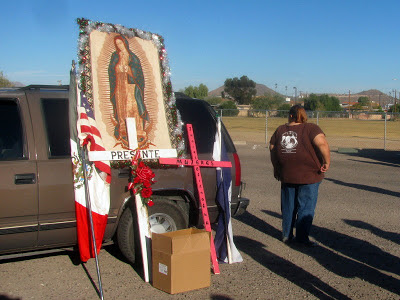 My inspiration at the time of that original post was something in the church bulletin at St. Michael's, promoting an event sponsored by some of the local humanitarian groups dedicated to stopping the needless deaths in the desert. One such annual event is the annual Día de los Muertos Pilgrimage. Tying in with the annual "Day of the Dead" celebration, people carry small wooden crosses across the desert, each representing one of the people whose remains were found in the desert over the past year. This year, the 8.2 mile walk was from St. John's Church at 12th and Ajo Way to Mission San Xavier Del Bac. Having done so much walking this past year, I was able to participate for the first time today. 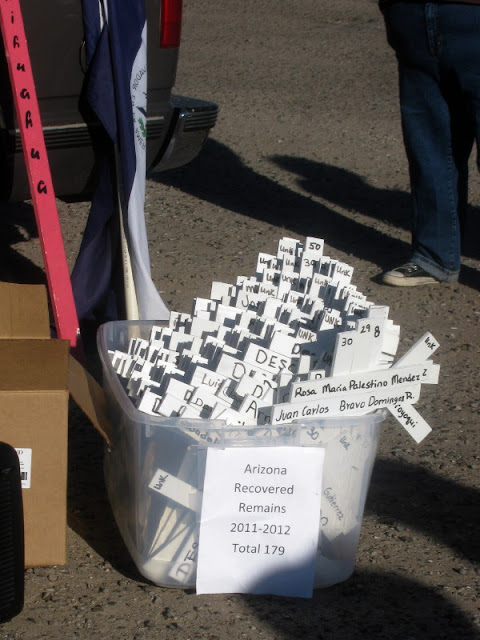 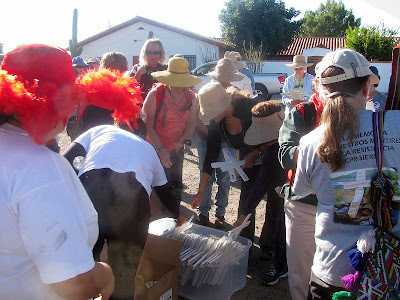 Even though "only" 179 people died over the past year, a great improvement over the year when I wrote my original blog post, there were far more crosses than walkers to bear them. Nearly everyone carried at least two, some as many as six or eight of them. I chose one with a name, Fernando Vasquez-Casteneda, age 29, and one of the many Desconocidos. 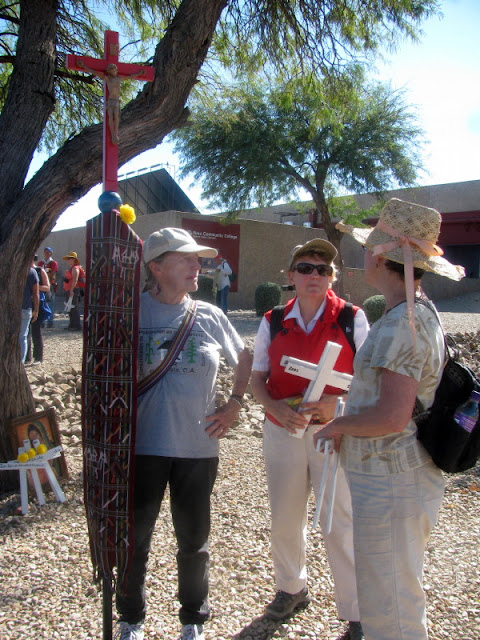 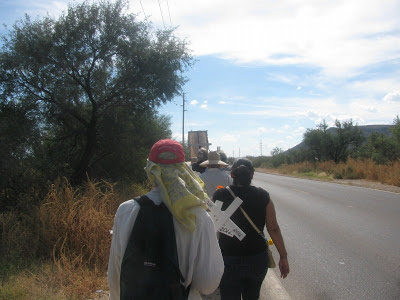 I forgot to bring my portable charger, so my phone ran out of battery before the 7 mile mark. By then we were on Mission Road. 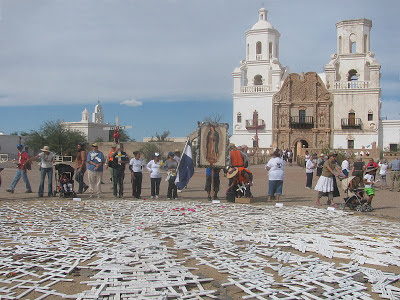 At the mission itself we had a brief ceremony. All the crosses from the previous eleven years were laid out in a circle. Each name or Desconicido/a was read out, and we answered the roll call with the word "Presente." We laid out crosses at the edge of the circle, and Father Steve blessed. Them. We closed with native musicians singing about the Virgin Mary, and a bilingual prayer.

Email ThisBlogThis!Share to TwitterShare to FacebookShare to Pinterest
Labels: Day of the Dead, Personal, Tucson

Round Robin: In the Darkness is the Light

In the darkness is the light
Surrender will win the fight
--In the Darkness, theme song from So Weird

For this week's Round Robin Challenge: In the Dark, I asked to see photographs shot in low-light conditions. This is something I personally find difficult. With my mid-priced Canon non-SLR and lack of technical expertise, I've taken thousands of grainy, yellowish pictures of night scenes and murkey interiors, particularly church interiors. Still, with the aid of my cheap photo editing software, let's see what I've managed to come up with! 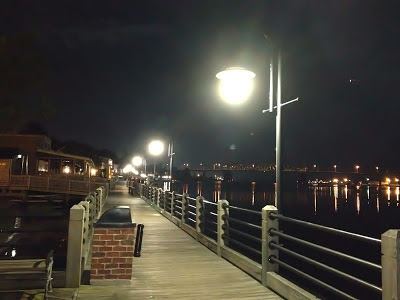 Let's start with an old shot, taken in June with my iPhone. This is along the river in Wilmington, NC, taken while I was Back East for my stepmother's funeral. I must say the phone did a better job than my camera does in dim lighting. 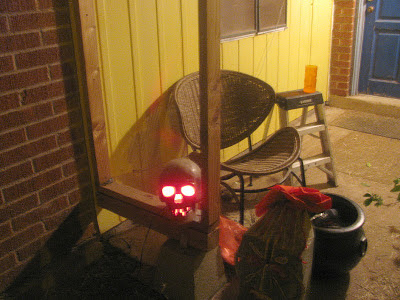 Halloween 2012. This is where I sat all evening, making up treat bags and handing them out. Check out my Facebook Halloween 2012 photo album for shots of the front of the house and my Pele the Volcano Goddess Tiki costume. 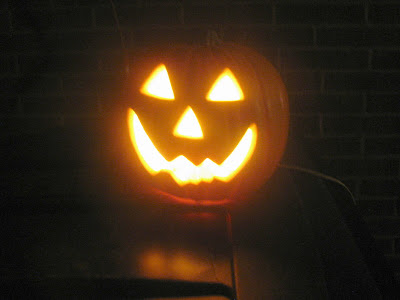 The traditional jack o' lantern shot. Except this one is electric. 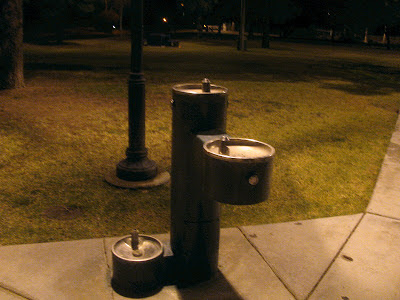 Three tier water fountain at the neighborhood park, after midnight. The lowest one is for dogs. 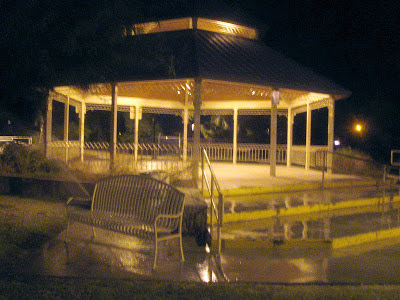 The gazebo in the same park.

Now let's see everyone else's shots in the dark! I am confident you'll see much better photos than mine!

Jeanette
Net On The Net
http://netonthenet.blogspot.com

Sue - Posted!
A picture is worth 1000 words!
http://susiesphotospace.blogspot.it/