Haunted By the Mansion


Haunted by the Mansion 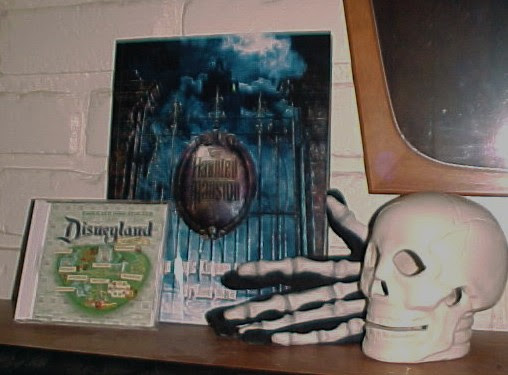 I knew from the start that the eBay auction to be the 1,000th Grim Grinning Ghost at Disneyland's Haunted Mansion would be out of reach financially, but I'm a little startled how quickly the high bid amount has shot up. In just over a day and a half, it's gone from a minimum bid of $750 to $30,306.66, with another five and a half days to go.

For those of you who may not know what I'm talking about, or what the big deal is, the Haunted Mansion has been, for 35 years now, one of the best and most beloved attractions at Disneyland. Long before Eddie Murphy walked into a movie that was better at special effects than at having sympathetic characters or a coherent plot, Disney fans were standing in the Haunted Mansion's foyer at dusk, chanting the opening words of the attraction: "When hinges creak in doorless chambers..." and happily anticipating what would come next. From the tombstones in the pre-ride area to the dramatic words of the unseen Ghost Host, from the jerking forward of each Doom Buggy past an endless hallway to Madame Leota's seance, from the endless duel and party in the ballroom to the beating heart of the jilted ghost bride, from the singing busts in the graveyard to the exhortation of Little Leota to "Hurry back! Be sure to bring your death certificate!" -- it's just a wonderful time for all. Well, almost. It's probably not wonderful for the guy in the coffin, eternally shouting, "Let me out! Let me out!"

Part of the storyline is that there are 999 happy haunts here, but the place has room for 1,000. Now, at last, someone will be able to answer the Ghost Host's call for a suitable volunteer to fill the quota. The qualification: that someone will have to spend considerably more than I make in a year for the privilege of a tombstone with his or her name on it. 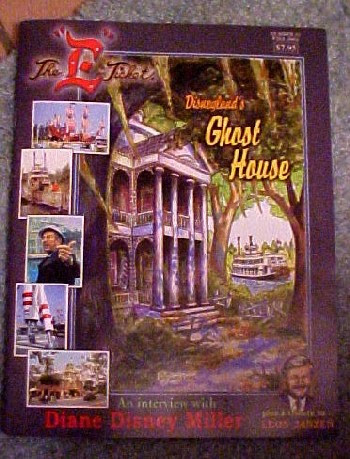 Disney fans can tell you that the voice of the Ghost Host is that of the late Paul Frees, who played cartoon characters ranging from Ludwig Von Drake to Boris Badenov, among many others. His voice can also be heard in that other great Disneyland attraction nearby, Pirates of the Caribbean. The deep voice in both the Haunted Mansion song Grim Grinning Ghosts and the Pirates song Yo Ho (A Pirate's Life for Me) is that of Thurl Ravenscroft, best known as the voice of Tony the Tiger. With and without his group the Mello Men, he can still be heard in many Disney projects of the 1950s and 1960s, including the Zorro theme and the dog chorus in Lady and the Tramp. He also sang You're a Mean One, Mr. Grinch in the Chuck Jones / Dr. Seuss cartoon How the Grinch Stole Christmas.

Hardcore Disney fans will also happily tell you about the late Marc Davis, one of Disney's Nine Old Men, an animater and imagineer who came up with many of the most memorable images in the Haunted Mansion (the hitchhiking ghosts, for example), Pirates of the Caribbean (remember the dog with the keys to the jail?) and the Jungle Cruise (the expedition in the tree and much more). X. Atencio (the X. is for Xavier) wrote the lyrics and the ride narration for the Haunted Mansion, and provided at least one of the voices. Rolly Crump, Claude Coats, Yale Gracey, Ken Anderson and Leota Toombs also a played a role in the Haunted Mansion's many years of development. 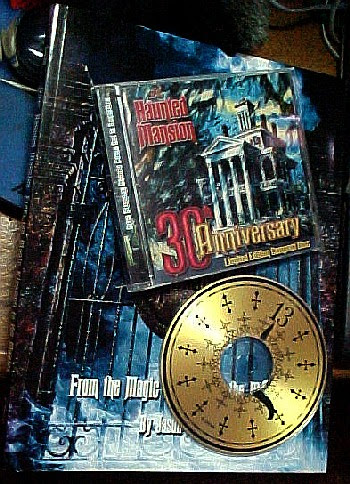 Although the project was announced by Walt Disney as early as 1958, it went through many stages in story and design (at one point it was going to be a Museum of the Weird), and stood in New Orleans Square for years before the doors finally opened in 1969. It was worth the wait.

Ah, well. I can live without being counted among the honorary dead. I wasn't at Disneyland for the 30th Anniversary celebration, with live spooks and a panel discussion featuring Marc Davis, X. Atencio and others. (I do have bootleg video of it, though, somewhere.) I also haven't been to Disneyland for Christmas since they started letting Jack Skellington take the place over for a Haunted Mansion Holiday. Come to think of it, I haven't even written fan mail to Thurl Ravenscroft yet. I hope he's still alive by the time I get around to it.

But Halloween will be here soon. When kids come to the door, they'll hear bits of my Haunted Mansion 30th Anniversary CD: unearthly organ music, the unsettling assurances of the Ghost Host, Madame Leota's seance in rhyme (the second time through it's in French and English), guest appearances by Vincent Price and a Japanese Ghost Host, and many versions of Thurl and others singing about the grim grinning ghosts who "come out to socialize."

Amazing! I want the job of the person who can afford to pay $30k for a headstone and trip to Disney!
~JerseyGirl
Comment from cneinhorn
Posted by Karen Funk Blocher at 10/16/2004 04:21:00 AM 0 comments