It's been a long and difficult day. As you may know, my dog Pepper is being treated for tick fever. We found out today that that is probably not the full extent of her health problems. 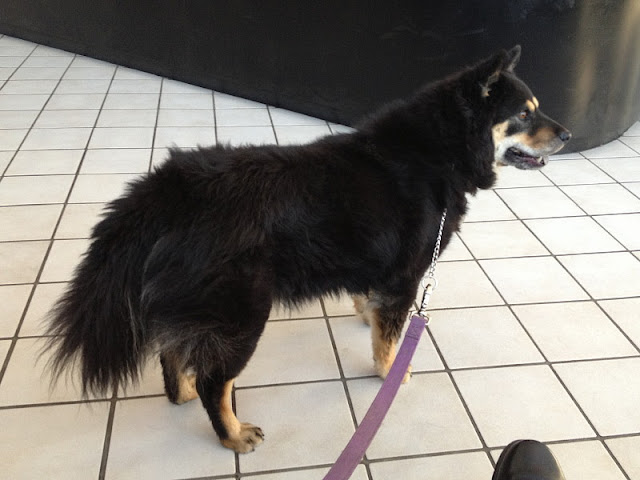 Pepper is alert and excited about another patient in the animal hospital waiting room.

A week and a half ago, I strongly suspected that we were going to lose her. The Doxycycline she had been given for the tick fever was hard on her system, making her nauseated so that she stopped eating. She was lethargic and just a very sick little medium sized dog. The vet did an x-ray and mentioned that her bladder was distended and her spleen enlarged. He gave her a shot and a prescription for the steroid Prednisone to help her start eating again. And it worked! Within a few days she was eating more or less normally, and much perkier, more alert and energetic.

But after a week we were supposed to cut the dosage of Prednisone from twice a day to once a day. As a result she was barely eating as of this morning. I called to get more Prednisone and permission to resume giving her the pills twice a day so she would resume eating.

They called back and wanted to see her. The weekend urgent care vet on duty had reviewed her chart and her x-rays and didn't like what she saw, particularly the enlarged spleen. We brought her in this afternoon and left her to get an ultrasound while we went to see The Hobbit. (I had bought the movie tickets before the vet's office called.)

Result: her red blood cells and platelets are back to normal, her bladder is no longer distended and an ulcer in her mouth is healing. She's even gained back a couple of pounds, I think. So the antibiotic is getting her over the tick fever. But there are numerous nodules on her spleen that could be cancer, or could be an attempt to produce more red blood cells. There is also a mass between her stomach and (I think she said) her spleen, which could be a mass of lymph nodes or could be, you guessed it, cancer.

The plan is to finish the tick fever treatment, another two to three weeks. Then we have a choice: a needle into the spleen, with only a 60% chance of diagnosing whatever is going on in the spleen, or exploratory surgery, which would tell for sure. The other advantage of the surgery is that they would just take the spleen out, and maybe the other mass if it turns out to be something bad and is operable. The needle thing wouldn't diagnose the mass thing at all.

The thing is, we went though all this four to five years ago with Tuffy. Unable to afford the most aggressive treatment for her cancer, we spent thousands of dollars on a middle ground option that was supposed to buy her an extra six to eighteen months. Ten months later we had to put her down. We don't want to go through that again. But this is Pepper, and we love her! And it's not the same situation, medically or financially.

It's not a simple decision, either. There are no certainties here. And we're leaving town the day after Christmas, to fly to Wilmington NC, see my dad, go through his stuff with my stepsisters so we can close up the house, and break it to him that he's coming to stay at a facility here in Tucson when he's well enough. Then we're driving his Prius back here and keeping it. With his dementia, incontinence and a-fib he's no longer safe to drive, and at least he could get driven in it. (Plus John's 1999 Alero, rear-ended three times and with a missing window, needs $1500 of engine work, and that's clearly not going to happen.) So my friend Kevin will have to feed Pepper for a week and give her her pills.

After that? I don't know yet. I guess they do another ultrasound and see where things are by then, and then we make the decision. I'd like to opt for the surgery, but is that the wisest course of action, or merely the most expensive one. Or is it both?

Round Robin: Got to Keep Moving!

It's a little ironic that tonight's Round Robin Photo Challenge topic is "On the Move." Just last night was the first day in nine months (aside from a little time shifting between day and night scheduling) that I've completely missed taking a walk. For one night, faced with an hours-long rainstorm and a hurt knee, I stopped moving!

But I have pictures anyway, taken while driving... 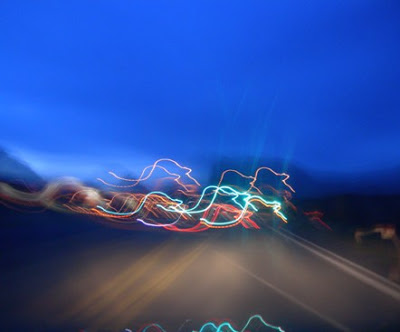 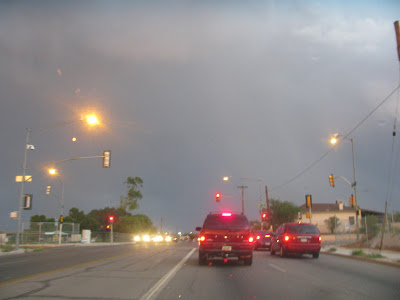 Gearing up for a summer monsoon storm, August 2012. 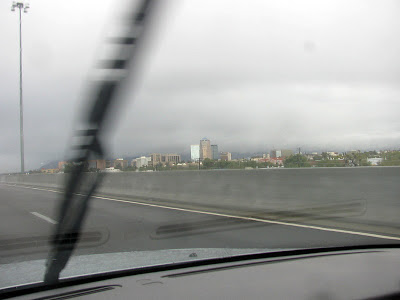 Downtown Tucson as seen from I-10 - but the Catalina Mountains
north of the city are virtually invisible. 12/14/12. 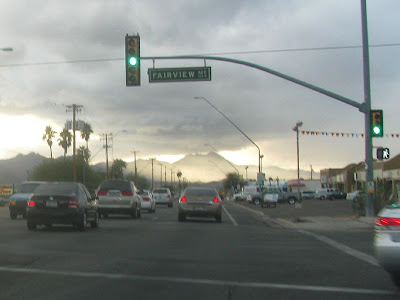 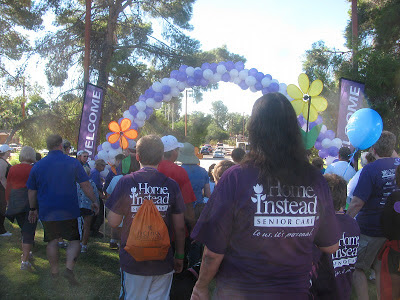 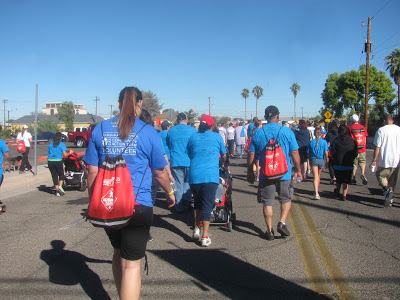 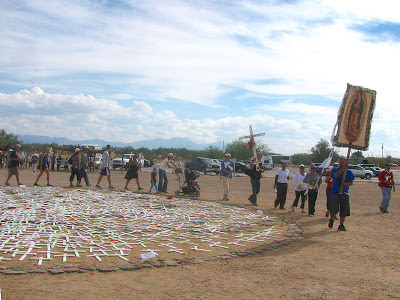 Now let's see what photography in motion the other Robins came up with!