Round Robin: These Eyes

For the Round Robin Challenge: Where'd You Get Those Eyes?, I asked to see  "one or more close-up photographs of any eyes you like." I have a mixture of old photos and new to show you, although I'm running a bit late in posting them. Apparently the latest update to iTunes did something nasty to my firewall, and neither Chrome nor Firefox would let me online until I found a way to fix it!

So anyway, here are the latest, not necessarily the greatest: 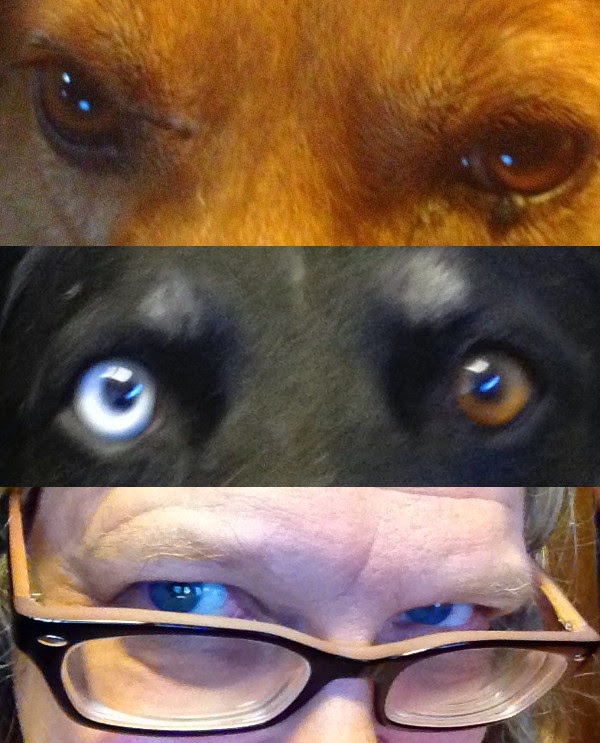 Cayenne: one eye has a scar beside it that predates her coming to us. The other has a mole that the vet will remove if she ever has surgery for some other reason. It's not worth the expense otherwise.

Kito: I'm frequently asked whether he is blind in that pale blue eye, and some people even think it's a glass eye! Nope! Some dogs just have two different colored eyes, both fully functional. The trait is called heterochromia.

Karen: Note the scar above my eye, an artifact from my header into a sidewalk a year ago.

I must have been tired. As usual.

An edit to turn myself into an alien. I tweaked it a little bit tonight. 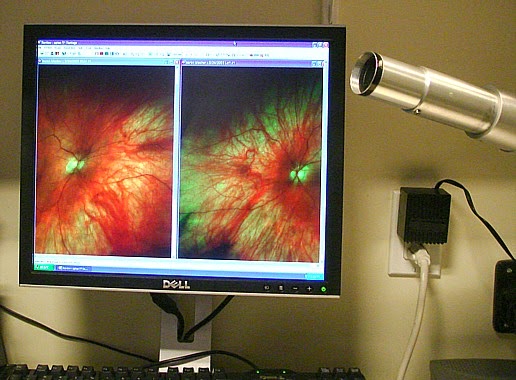 And finally, here is a shot from an eye exam in 2008. This was probably when I was told that I was at risk for retinal detachment. I had a retinal tear in June, 2013, but I don't seem to have photographed anything but the eye surgeon's waiting room on that occasion. That was a scary weekend!