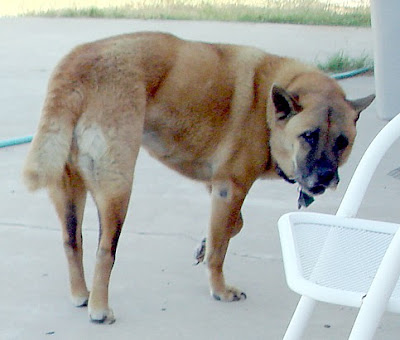 There's no denying this has been a difficult weekend for the human residents of Casa Blocher. Tuffy is unquestionably in a bad way, despite the fact that she's still eating. She won't lift her head under any circumstances, avoids our touch for the most part, and does not run or jump. She will still greet us at the door, and will still go outside if neighbor dogs are barking, but not very energetically. John and I have had long discussions about whether to take her to the regular vet or the oncologist, the odds that it could be anything other than the cancer returned and metastasized, whether she's suffering or in pain, and what happens if the oncologist confirms our worst fears tomorrow. "I'm afraid you'll take her in and she won't come home," John said, repeatedly. He declined to come along, partly because he doesn't want to take time off work when he's trying to build up overtime pay, but mostly because he remembers how painful it was to say goodbye to Noodle. "But we just got Tuffy," he protested. "She's the replacement dog." It was thirteen years ago, I think, but no, it doesn't seem that long. 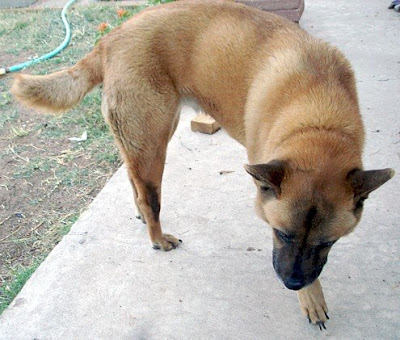 The one thing we have done so far is give her a leftover Prednisone pill, which can't hurt, and might help a little. I'll call the vet in the morning. I've tried to prepare myself emotionally, but suddenly I'm feeling overwhelmed. I really wish John would come with me. I'm not sure it helps, but I faced Jenny's death alone (John was out of town), and that was particularly awful. She was my first-ever dog, and I had to hire a handyman to bury her. Tuffy will be cremated. 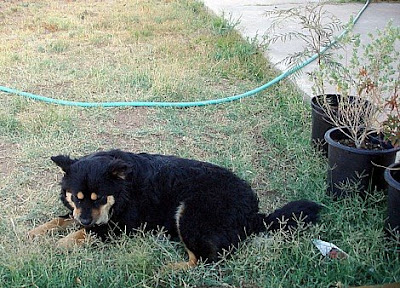 Pepper isn't behaving as if she as a clue anything is wrong. John thinks we need to get another dog right away once Tuffy is gone, for Pepper's sake. 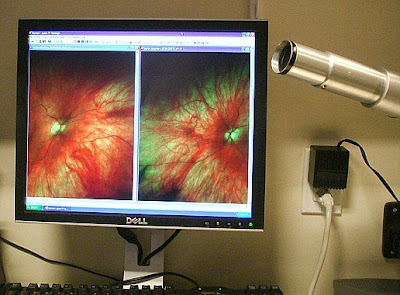 Meanwhile, I had my eye exam today. There's a new technology called Optomap, which resulted in rather pretty pictures of much more of my retina than even the old dilation procedure could manage. Based on these, Dr. L. was able to establish that there is no sign of cataracts, glaucoma, tears, detachments, macular degeneration or diabetes. 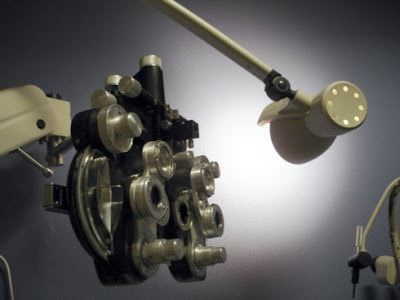 But I am very, very nearsighted, especially in my left eye, which has degenerated in a big way since the glasses I'm wearing now (probably a decade old) were made. I think they said 11.75 diopters in the left eye, 9.75 in the right. The left eye can only be corrected to 20/30, which he said has been consistently true in my past exams. 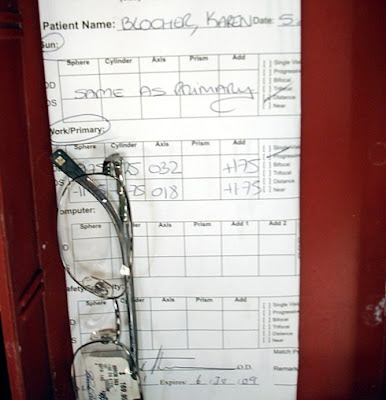 Because of my extreme prescription and my need for progressive lenses (essentially no-line trifocals), the glasses themselves will cost over $400, and take two weeks to make. It would have been over $500, but they gave me a courtesy discount on the basis of my insurance card from Famous Vehicle Dealer, even though it runs out at the end of the month if it hasn't already. Hooray! I'm grateful. I'm still a candidate for contact lenses, but that was such a disaster in the 1980s - dry eyes, lost and torn lenses, instant scumminess and eye infections - that I'm in no hurry to try that again. I tried to pick out frames to John's specifications, but in the end I had to listen to the opticians and go with something compatible with my prescription and the size of my face. He'll like these, though - I hope!

I'll report back on Tuffy tomorrow night, if not sooner.

I'll keep hope it's not the cancer and that Tuffy will be ok for a while yet.

Hope everything will be alright with your dog.

No tears? How is that humanly possible.

I'll be thinking about you and Tuffy today.

I am sorry to hear that Tuffy isn't doing well, I hope that it is something that can be taken care of easily and Tuffy will be OK fo a while yet. That is good news about your eye exam, and the price reduction you got.
I will keep you and your family in my prayers and thoughts.
Barbara

Poor Tuffy...I feel so sad for you guys. I really hope it's something fixable, for your sake.