Lawyers and Agents and Writers and Young Adults

This is going to be brief and freeform, for two reasons. One, I just spent over an hour and a half reading about literary agents in general, one agent in particular, and the agent's court case, and writing an email on the subject that disappeared into the ether due to AOL Mail glitching out on me. Dang, I wish they would completely debug one or the other of their webmail clients and get it online. I never know from one refresh to the next which version of the page I'm going to get, much less whether I'm likely to receive my most recent email. And Google has been glitchy too, with many of my recent alerts based on entries to this very blog arriving as mailer daemon notices, and some of your comment alerts not arriving at all. If I don't comment right away on your Weekend Assignment or Monday Photo Shoot entry, that may be why. I'll find you, though.

But I digress. The point is, all that research has eaten up a fair amount of time, and I need to go to bed now.

The other reason I want to keep this brief is the twinge of paranoid fear that one of the subjects of this post sometimes give me. I'm going to talk about it anyway, but briefly and carefully.

First, though, the positive stuff. Sara directed me tonight to a post on Whatever, noting that YA fantasy is a fairly lucrative market nowadays for writers, more so that sf and fantasy for the adults. This tallies pretty well with my own observations in recent years, not so much the money angle as the large amount, variety and quality of fantasy in Young Adult sections of bookstores. Adult science fiction sections don't seem to have all that much new fantasy these days, and what is there seems to be primarily concerned with sexy young vampires or the dark destiny of the sorceress of Snog, who will take at least three books to achieve it. 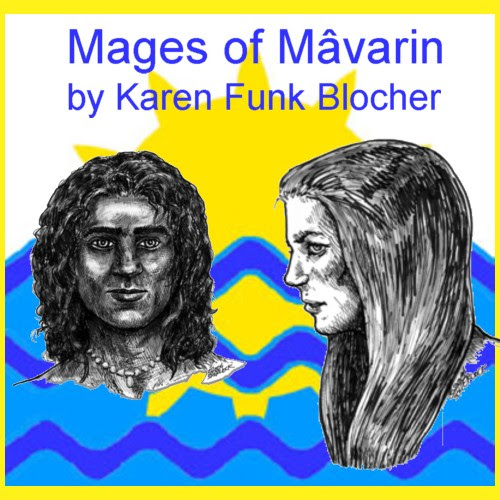 Since I've always considered the Mâvarin books at least marginally YA anyhow, this is a good incentive for me to cut back on other obsessions for a bit and get on with finding an agent and publisher. I've never actually submitted Heirs to a YA publisher per se. The few I've researched took agented submissions only. Clearly I need to take action, submitting to the Young Adult market instead of the adult one. After all, the books are about three teenagers and their friends, and nobody has sex. The only thing that's stopped me from definitively calling it YA is the cannibalism incident in Mages. Perhaps I can get away with that; as Sara points out, the scenes aren't all that explicit or gory. There's a definite ick factor, though, and they aren't scenes I can cut from the story.

So I did a little half-hearted digging tonight on the subject of literary agents, and found out two interesting things. One, a well-known writer and critic who liked an early version of Heirs of Mâvarin at Clarion all those years ago is now a literary agent. I will definitely write to him soon.

And two, a certain less savory literary agent has been the subject of a legal motion this month from Wikimedia Foundation, the parent of Wikipedia. Their motion to dismiss her defamation case against them makes interesting reading. Well, you may not think so, but I do. For whatever reason, I've developed a minor fascination with legal principles, especially in the field of communications law. My favorite courses at the University of Phoenix, by far, were in Business Law, and Nina Totenberg, who covers Supreme Court cases, is my favorite NPR reporter.

The motion to dismiss thingy refutes Wikimedia's liability for defamation to Barbara Bauer based on a number of legal principles, the biggest of which is that an interactive website with user-generated content is protected from being held liable for one some third party posted on it. The injured party can only go after the person who posted the offending material. And that's the part where I get nervous, since I was only of a handful of principal editors of the article about Bauer on Wikipedia, which was later deleted. My main contribution consisted of trying to find positive (or at least neutral) material to balance the negative stuff, and I've tried never to call her names or insult her, although I don't absolutely promise that I never have done so. Still, there's a tiny chance she could come after me someday. But I hope not!

Anyway, other legal defenses against her claim include the fact that the article was citing another source, clearly labeled as such, and making no claim on its own authority; the fact that the article never calls her (as is claimed) the "Dumbest of the Twenty worst," which is the title of a blog post on Making Light; the right of fair comment in a matter of public interest (e.g. consumer protection); the lack of a claim by Bauer's lawyers that anything in the article is factually inaccurate, the fact that one of the things they say the article said was refuted in the article itself; and the lack of evidence that Wikimedia acted with malice, a knowledge that a damaging statement was false, or a reckless disregard for whether it was false or not. I'm not going to go into all this in detail tonight, but I agree with all of this.

I just deleted a further sentence or two. Best not say any more for now.

Thanks for that link. I was wondering what was going on with that suit these days.

I was going to send you that Scalzi link, but I figured you subscribed to his feed. Oh, well. Glad you saw it.

Heh. It's about time! I told you I thought your book(s) were a perfect fit for YA, like, 3 years ago? LOL But what does my opinion matter. I'm just a voracious reader. Not a novelist.
;-)

Becky: yes, I remember. I was just worried about the whole cannibalism thing!