I had another topic in mind this afternoon but I can't let the 200th birthday of both Abraham Lincoln and Charles Darwin go by without acknowledgment. Here, therefore, is my rather wonky Weekend Assignment in tribute to both:

Weekend Assignment #255: Abraham Lincoln and Charles Darwin were born on the same day, two hundred years ago this week. Both went on to propound ideas that had a lasting effect on the world around us. Have either of them had a particular impact on you personally?

Where do you rank Lincoln on your personal list of greatest U.S. presidents?

Obviously I'm neither a politician nor a scientist, so the influence of these two men on my life is not as great as it might be for people whose careers were inspired by the accomplishments of one or the other of them. But I've been aware of Lincoln as an historic figure since I was three or four years old, and of Darwin since, I don't know, junior high perhaps? 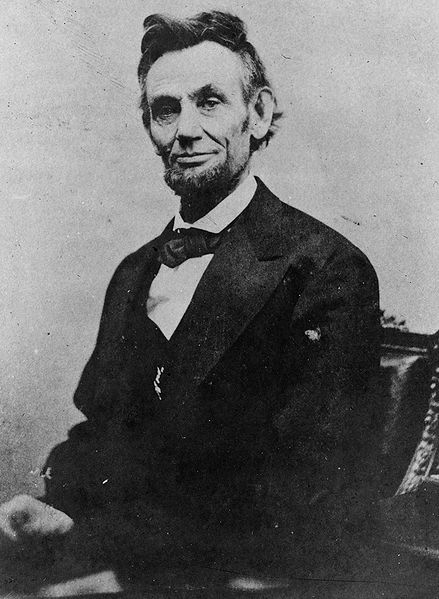 Lincoln first. When I was a small child in Dewitt, NY, I had a savings account at Lincoln National Bank on Genesee Street, just three blocks from our house. My parents had a little bust of Lincoln on the desk in the foyer of the house in Manlius, I think, and of course he was on all the Lincoln Head Cents I raided from my coin collection to buy Popsicles from the ice cream truck. Sometime during my childhood, I think we made a brief visit to Gettysburg; the one thing I remember is seeing the envelope on which the Gettysburg Address was written.

Upon learning about the 16th President in school, I pretty much decided that he was the greatest one, topping Washington. After all, Washington had all those other titans writing important foundational documents: Jefferson, Adams and so on. I still place Jefferson and Adams ahead of Washington in my personal favorites list, although I'm aware that historians rate Washington higher than I do.

I've been thinking about Lincoln fairly often in recent years, largely on the basis of the Great Moments with Mr. Lincoln show at Disneyland. It's not currently open as an attraction, having been replaced years ago with a film starring Steve Martin and Donald Duck. But I think a cast member told me this summer that Mr. Lincoln is still waiting backstage, in case he is ever again called upon for another animatronic performance. I hope he is, even if they have to update the electronics first. The compiled highlights of Lincoln's speeches in that show impress the heck out of me.

We now have a new President, of course, who clearly takes Lincoln's legacy seriously. You find conscious echoes of Lincoln in Barack Obama's speeches, where he chooses to make appearances, props he employs, and even in food the White House serves. It may seem a little strange at times, even a bit OTT, but he could do worse than to emulate the 16th President, and to remind us of the principles Lincoln stood for. We need them. 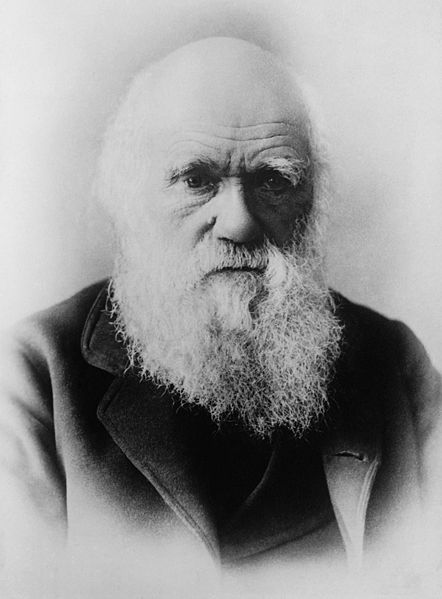 Lincoln is almost universally revered, but Darwin is still controversial, of course, much more so than he should be by now. 36 or 37 years ago, Mr. Petty walked into my high school bio class with a copy of his Bible and a copy of The Origin of Species, and told us that he keeps the two books next to each other on his bookcases. At the time I wondered what the big deal was. His point was that Darwin did not present a refutation of God or Christianity, but at the time I was not aware of anyone who believed otherwise.

The following year, however, during my Jesus Person phase, I attended a bible study group. The second or third week, my classmate's parents, who hosted the group, gave me a tract or book that claimed there was no such thing as evolution. Since that was clearly bunk, I never went back to that group. Similarly, I used to babysit two kids a couple doors down from my house. They were only about eight and ten years old, possibly younger, but they were thoroughly indoctrinated. The little girl had a book about volcanoes and a Noah's Ark set, and used both to test my adherence to fundamentalist doctrine. I think we ended up with an "agree to disagree" truce, but it was tricky.

I realized that this entry may draw a few readers who believe the world was created in 6 24-hour periods. If so, I don't want to argue with you. I do, however, strongly suggest that you venture outside the comfort zone of what you've been told by like-minded people, and read what the vast, vast majority of scientists say on the subject. The Bible was never meant to be a science book, and the scientific evidence for the theory of evolution is extensive and compelling. And yes, it's perfectly possible to believe in both God and Darwin.

How about you? Do you have any particular memories or philosophies inspired by either of these men? Tell us about it in your blog, with a link back to this entry, and leave a link to your entry in the comments below. I'll be back in a week to post the results. And yes, I'll link to your entry even if you disagree with me, as long as you're polite about it. Meanwhile...

For Weekend Assignment #254: Do-Over, I asked you to tell us about a day you'd like to live over again, either because it was so great or to fix what went wrong. Here are excerpts from our responses:

First of all, as someone who has had health issues constantly throughout my life that might finally have been resolved, I would dearly love to go back in time to the first time the health issue started and hand my child-self the medical report with my hard-fought diagnosis. Hopefully that would have lessened the trauma and wasted time, which would have had a significant impact on my life!

While I can appreciate the appeal of going back to correct something in your past, I'm not sure I'd use my do-over day for that. Isn't there some time-travel rule against changing anything in the past in a way that alters the future? Most of the things that come to mind would probably do that, because they were significant days in my personal history, so I should probably leave them alone (like it or not). I can't really think of any minor missed opportunities - good but not life-altering experiences that I could have had, but didn't - that I'd want to go back and seize, so I'm going with the "enjoy a great day all over again" option.

What a wonderful topic! (And a very interesting story you have there, Karen.)

Not only do I fully embrace your Groundhog Day theme, but I am proud to admit that my hubby and I have personally attending Groundhog Day in Punxsatawney, PA because we love Groundhog Day the movie so much (read: nerds) and wanted to experience it in person. Every year on Feb. 2, hubby calls me in the morning. Twice.

Just wanted to let you know I'm still mulling this one over, Karen. So many? How do I narrow it down?

That's it for now. I may be inviting a firestorm, but please participate in this Weekend Assignment this week. And yes, I'm still in desperate need of your suggestions for future Weekend Assignment topics. Email me your ideas at mavarin@aol.com anytime. If I use your topic you'll get full credit and my undying thanks.

I'll have to give thought to this one as well...

You're really making us think this week, Karen :-). Here's what I came up with.

I made it back this week, and I mentioned last week's assignment that I missed, too. You can find it here. Good subject idea!