When I was a kid in Manlius, NY, the school district always gave us a week off in February and called it Midwinter Vacation. I'm not sure why they did this, except to have faculty meetings. I'll grant you that getting out of metro Syracuse for a week in the dead of winter has a certain appeal, but I doubt many parents chose to take vacation at that time.

Now in Tucson, February is a time for people to be arriving, not leaving. Aside from the snowbirds enjoying the usually-nice weather, there's the annual Tucson Gem and Mineral Show, a huge, multi-venue event that brings people from around the world. Nevertheless, I had a bit of a midwinter vacation this past week. Having freaked out a little on the FAR section of my CPA review course, I basically took a week off from studying to goof off online, watch Doctor Who and play with the dogs. Now the AUD section has started, and although I already did the first assignment weeks ago, I will have to start studying again imminently. I've also been asked to help out with a minor weekly bookkeeping task at St. Michael's. There was some mention of paying me, but taking a pittance from church would complicate my unemployment reporting and help neither me or the church.

So anyway, having been mostly goofing off, I have very little to report tonight, so instead here's a visual quiz, based on some photos I took today. What do you suppose this is? 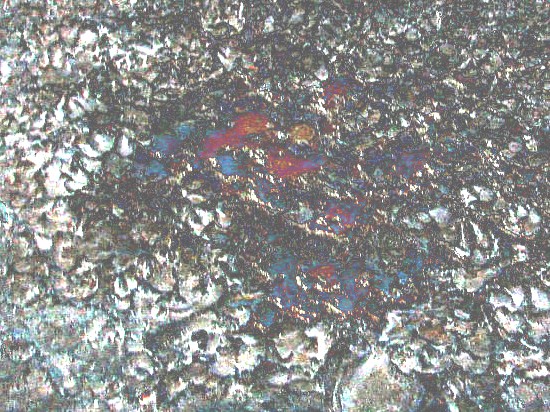 Okay, I admit I edited it mercilessly, with solarization and negative effects and saturation and tone adjustments. Kind of pretty, ain't it? This next one has been barely edited, and may be more identifiable: 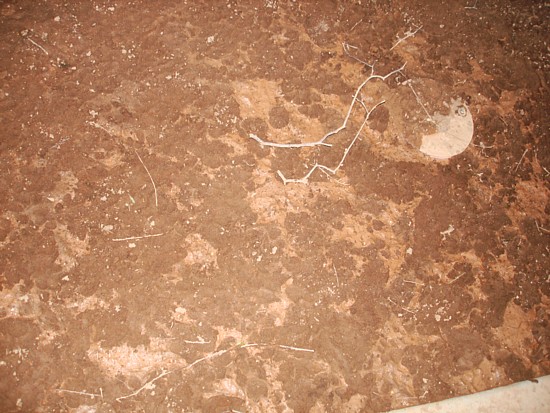 I'm not expert, but it looks like the surface of Mars to me. Except...what's that? 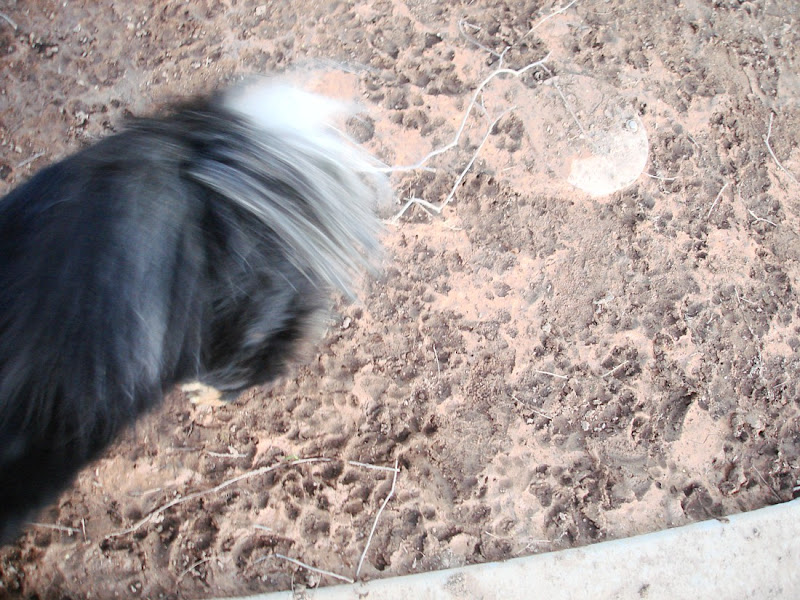 Aha! It's Pepper, standing in dried mud at the dog park!

Here's the first photo again, without the weird color inversions: 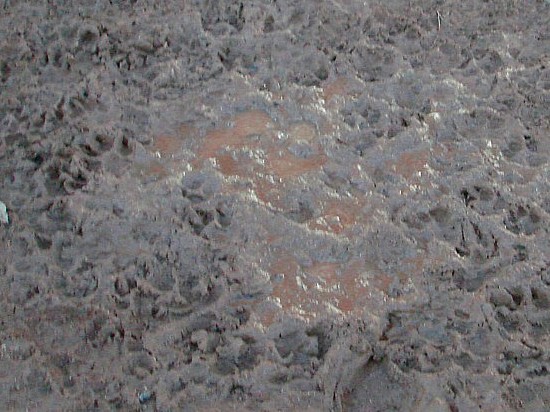 Clearly, quite a few dogs have been standing in the mud and the puddles. Here's the uncropped version: 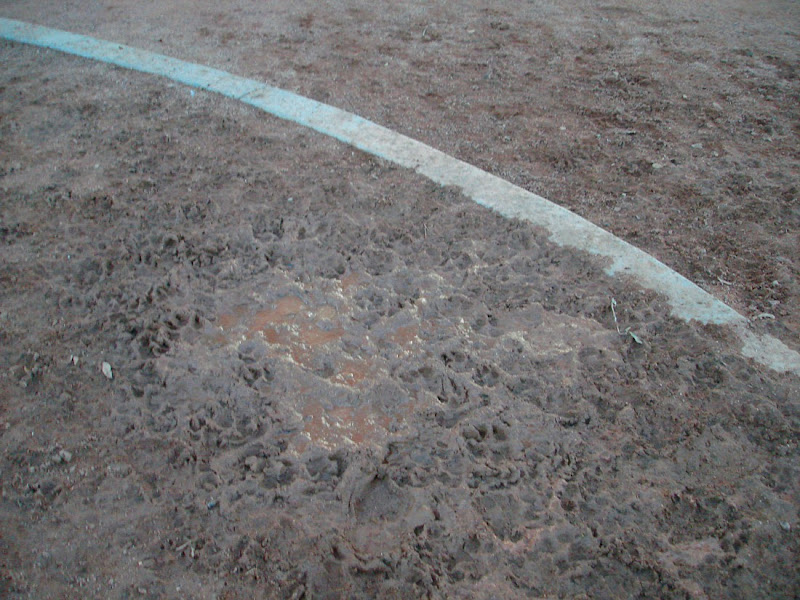 Nothing deep here, but I think it's kinda cool.

I spent some time this afternoon chatting with a nervous woman at the dog park. She had a springer spaniel so big that it looked like my memory of Sleepy, the dog next door when I was six years old. Her dog had had a scuffle with another dog, and she wasn't sure what to do with her dog afterward - take him home, hold his collar or let him loose but keeping an eye on him. He was all excited, but calmed down quite a bit once she sat down and let him sniff Cayenne and Pepper and other dogs. The woman and I ended up discussing our respective job situations. As she observed, the dog park isn't just for dogs. It's a place where adults meet and have conversations. Enjoying the beauty, friendliness and doggie antics of each others' pets is a great icebreaker. 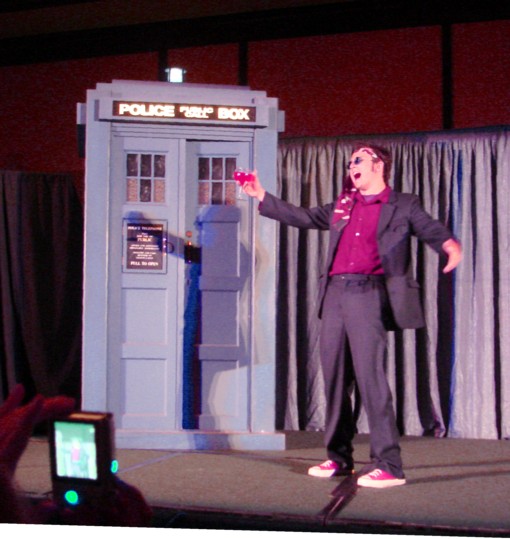 The "Drunken Doctor" at Gallifrey One's Nineteenth Symphony, 2008.
So as I come to the end of my week of figuratively playing in the mud, I have to say I don't regret it much. I will be working hard on the CPA stuff again beginning tomorrow, but I've enjoyed my little respite. It's a nice distraction from the money and job worries. And at the risk of being a spoiled brat about it, the truth is that I'm a little resentful about not being about to take a Midwinter Vacation of my own this weekend. Gallifrey One, the Doctor Who convention I attended nearly every year in the 1990s and intermittently since then, is coming up, and there is no way I can afford to go. Ah, well. Maybe next year!

I took similar mud picture last month, only mine were at the school where I pick my granddaughter up. It was fun to play with them too.