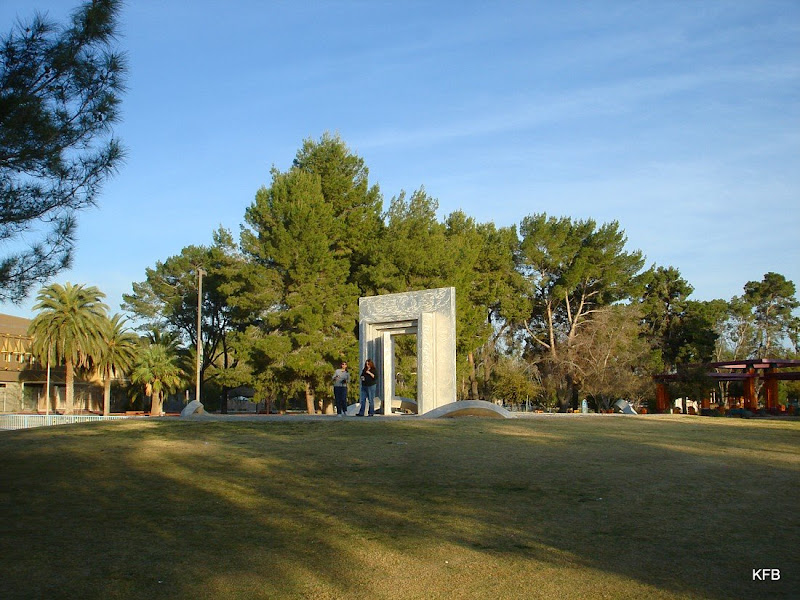 Let's wrap up my series of photos from Gene C Reid Park (for now!) with a closer look at three park landmarks that the dogs and I explored on Friday: the duck pond, the "doorway" sculpture and Cancer Survivors Plaza.


I'm afraid I have not yet been able to find out the title or artist of this large sculpture near the corner of S Lakeshore Lane and E Landmark Place. It looks like a doorway, with the door slightly ajar. Next time I'll get close enough to touch it and find out what it's made of, and check more carefully for a plaque. I think it's etched metal of some sort.


This blog is getting uncomfortably photo-heavy, but I want to work in one more of the duck pond shots. The Tucson Parks and Rec site calls the two duck ponds in Reid Park "urban lakes." A web site reviewing the place claims that the goose don;t bite and that nobody will mind if your dog jumps into the water - as long as you don't make a habit of it! Tucson does have leash laws, so for that and other reasons, I'd rather not put this claim to the test! 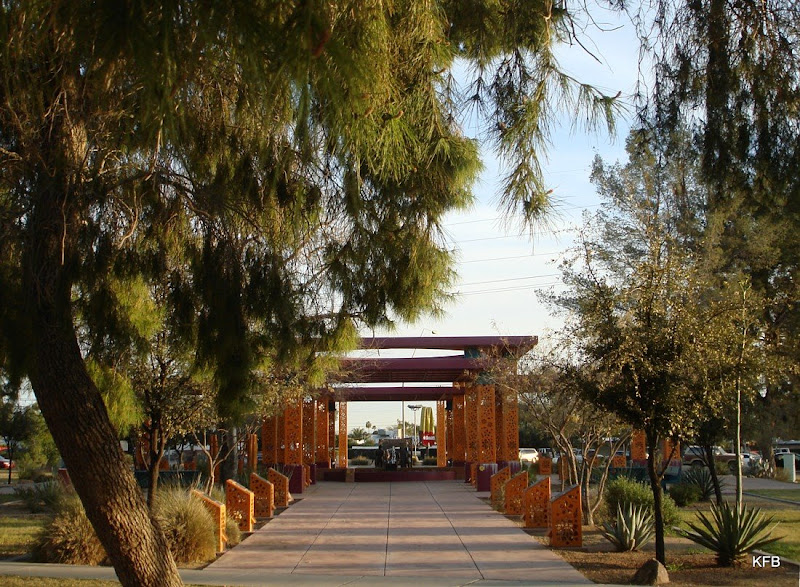 Here is the approach to Cancer Survivors Plaza. As a fan of bright colors, I feel I ought to like the orange pillars much more than I do. The short ones are a series of plaques about cancer and cancer treatment and the sculpture itself. 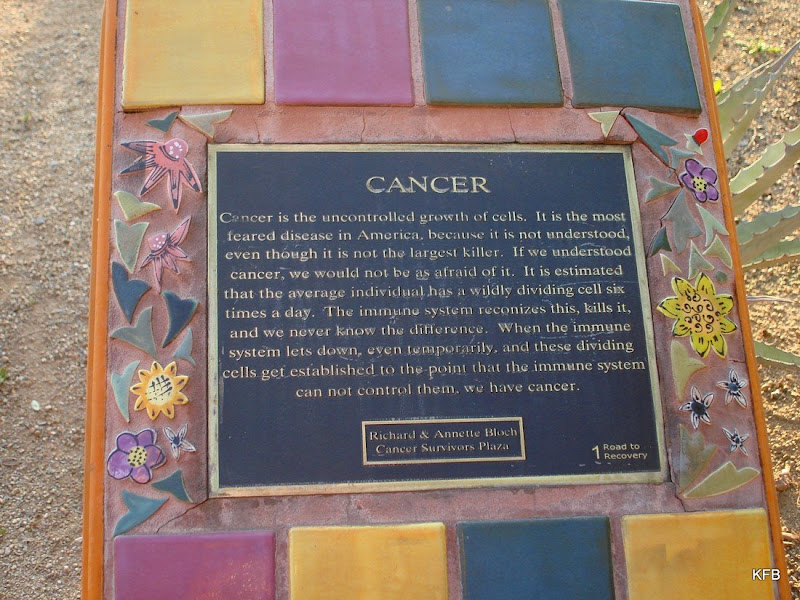 The first of the informational plaques. 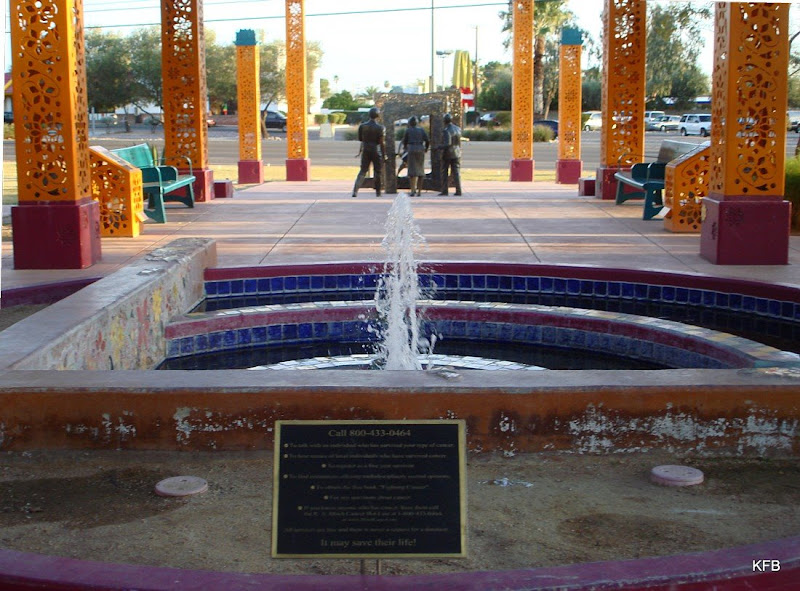 If we can just get through this maze representing cancer treatment, we can go to McDonald's! Woo-hoo! 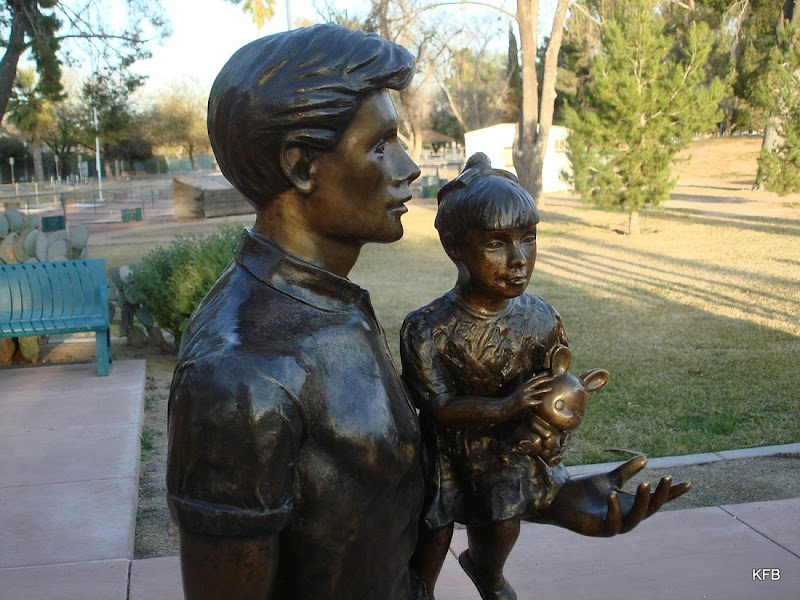 Here's the top of the figure Pepper was sniffing in my Round Robin entry. 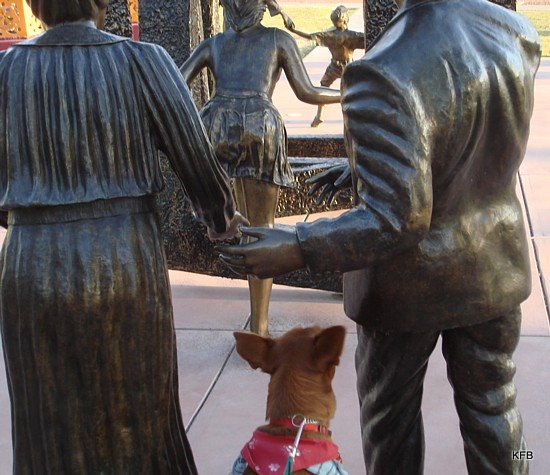 Cayenne hangs out with the supportive grandparent figures. 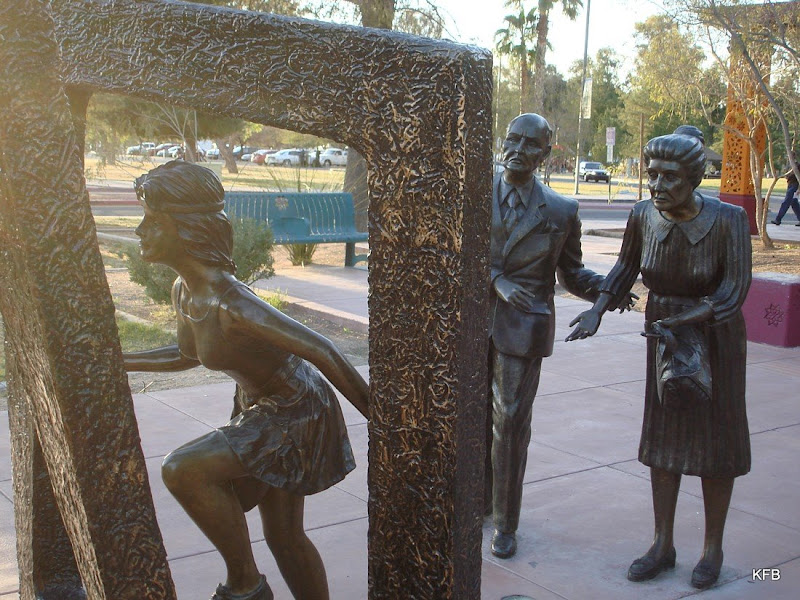 According to a plaque, the entire sculpture (all the bronze bits) is titled "Cancer...There's Hope." It was the last work of artist Victor Salmones. The five figures at the back - a dad and his Picachu-toting little girl, the grandparents and a young woman - represent cancer patients and their supporters as the patients enter the maze of treatment with fear and determination. 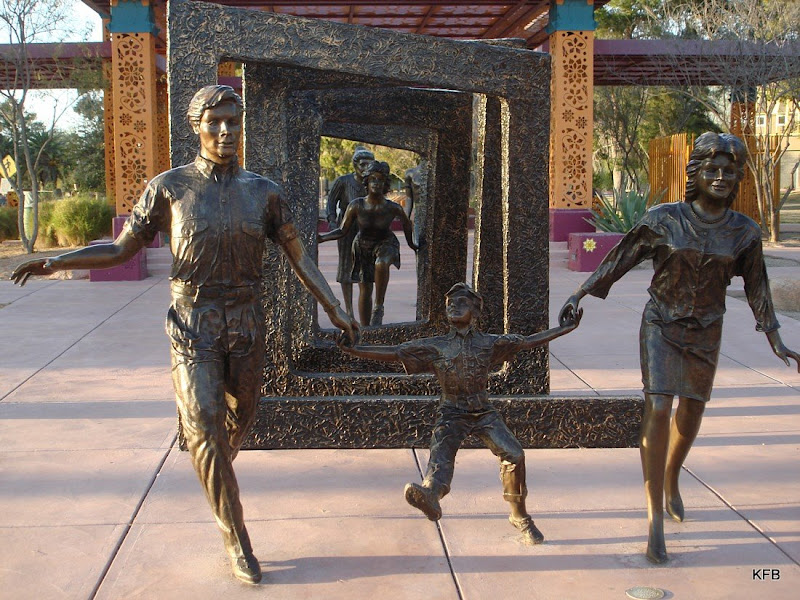 The three figures at the front - two parents and a boy - have joyfully emerged from the maze of treatment with a successful outcome.

I've marked up a Google Map to show you points of interest in Reid Park. The marker on the left is the dog park. You can see the two "urban lakes," and the Cancer Survivors Plaza is at the bottom (south) edge of the map. The Animal Fair on Saturday stretched from near the dog park to just northwest of the Doorway sculpture.

Public art at it's finest! What an amazing celebration of life and hope! It's magnificent! Thanks so much for sharing it. It always makes my day to see public art, but the message of this particular work is very profound.

A wonderful place to take your dogs for a walk. There is so much of interest. I am envious.