Waiting for Scalzi, or, What do You Meme? 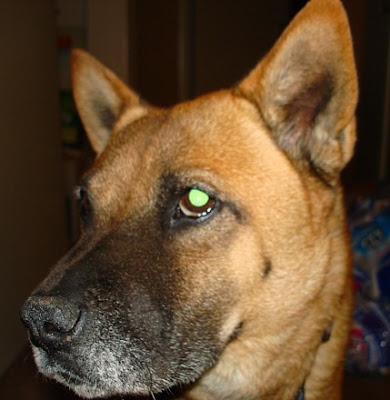 This is not an unprecedented circumstance, but it's very nearly so. The first time it happened, Scalzi had just won a major award, so his mind was naturally not on posting his Thursday night meme. Not having missed a single Weekend Assignment since I started doing them (with Scalzi's fourth one ever, I think), I was determined to do one anyway, so I made up my own. The second time it happened, I did an old Weekend Assignment, one of the very few I had not done already.

Tonight I'm not going to do either of those things, although I actually do have a Weekend Assignment idea waiting in the wings. But I do want to say a few things about the Weekend Assignments before moving on to the topics of Tuffy and Pumpkin Anything.

Last week's Weekend Assignment had three participants. Three. Out of the whole Internet, AOL-J, the diaspora of bloggers and journalers: three. Pathetic. The Monday Photo Shoot had four participants - better, but not by much. Why is that? And why should Scalzi stay on top of posting his memes and response links on a particular day, when we haven't bothered with our end of the deal?

I have a few theories. One can claim this is a busy time of year, or a slow time, or a hot time, or a cold time, but I don't think that's the issue. I think there are two...no, three, factors involved.

One, and I think it's the biggest reason, is that AOL doesn't promote By the Way or the Weekend Assignments any more. I've searched and searched the People Connection screen and the screens that feed off it, including the one about blogs. There is no link, no mention of our Blogfather. This seems manifestly unfair to me, and it means that nobody is going to find By the Way except through other blogs. If nobody's doing the Weekend Assignment, how is anyone going to find their way to By the Way? I don't think even Whatever promotes it any more. That's too bad, because it's still amusing and informative and occasionally even helpful.

Two, the old AOL-J Land is pretty much dead. The whole kerfluffle over the ads sent half of us out into other blogging venues, and other people just plain dropped out. I've read lots of sad little nostalgic comments lately from folks, lamenting the loss of the old days, when large groups of J-Landers read each other's blogs, and the illusion was that everyone knew everyone else. It wasn't true; there were actually a bunch of overlapping mini-communities, humor fans and mommy bloggers and people with health issues, photographers and political bloggers and so on. But close enough. By The Way was central to all that for quite a while. Everyone read Scalzi. But over the past year or two, people have drifted away. They've been absorbed into the larger blogosphere, and not necessarily forming personal connections with each other, or even maintaining them.

Three, and related to this, there was a time when the Weekend Assignment was the only game in town. We had these shiny new blogs and journals, and didn't necessarily know what to put in them. So once a week, Scalzi fed us some cool idea to play with. He still does that, but fewer people are looking for that prompt now. We've got the Round Robin Photo Challenge, Feline Friday, the Saturday Six (does Patrick still do those?), and lots and lots of other free-floating memes, full of random facts, interviews, lies, Q&As, and so on. And many people, being less obsessive than I am about such things, simply don't post unless they have something to show and tell, whether it's their own idea or some meme that turned up in another blog yesterday.

Nevertheless, I like the Weekend Assignment. Like those endlessly forwarded emails that I wish someone would stop sending me, most memes tend to make the rounds over and over. Usually there is a "rule" about tagging others to do the meme, so it doesn't take long for one's entire circle of friends to have seen and responded to it, if they're going to. Someone tags a blogger outside that immediate circle, and it spreads out from there, eventually finding its way back to the original group - who will sometimes post the same meme all over again. But the Weekend Assignment, the Monday Photo Shoot and (incidentally) the Round Robin Photo Challenges aren't like that. They are tied to a particular set of dates, and the specifics change before the next set of dates comes up. I occasionally gripe that one Weekend Assignment is reminiscent of another, but usually it's something new each time. That should be applauded, and encouraged, and responded to. Frankly, I see a "use it or lose it" scenario developing here. Myself, I don't want to lose it. How about you? 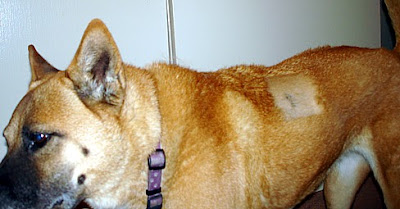 I don't know that I can really tell you how Tuffy is, actually. She was ravenous for a while last week, but for the past several days it's been kind of tough to get food or treats into her, particularly with pills tucked inside. She's out of the one pain pill now, and has several days' worth of the other pain pill and the antibiotic still to finish off. But if she's bored with cheese, uninterested in soft peanut butter treats and turned off by pork tenderloin dog food, it's tough to get pills inside her. I have a hamburger on the stove right now, just to wrap around a pill or two.

I haven't heard back on the pathology, and I'm trying not to worry. Please note, however, that she's not lethargic, not whimpering or anything like that, and she's always been an annoyingly fussy eater. But I'd feel better if she would regain her appetite of last week.

Update: she was happy to eat as much hamburger as I would give her (about a third of a patty). This morning John opened a different can of dog food and she ate a (small) bowl of that, too. Guess I should stop worrying. Maybe.

This Year's Pumpkin Anything 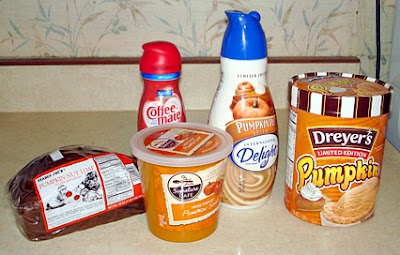 Tonight I bought pumpkin nut loaf from Trader Joe's, and pumpkin soup (at last!), pumpkin ice cream and pumpkin creamer from Safeway. The creamer is for tomorrow at work: everyone takes turns in teams bringing in Friday breakfast, and I was specifically asked to bring in flavored creamer, particularly pumpkin flavor. Not being a coffee drinker, I don't know whether I'll find a way to sample it myself. But I'm happy to discover that several people at work are like me, seasonally seeking out "pumpkin anything" to try.

I saw pumpkin soup on a menu at a local restaurant...pumpkin bisque to be exact...and I thought of you immediately.

As for Scalzi - I've been feeling guilty about monday photo shoots and the weekend assignment for a while now. I was doing them religiously for a while there. I just fell into a tired funk and haven't gotten my groove back yet.

I think you're right on target with the three reasons for the declining audience and participation at By The Way. It's a shame, too. AOL-J was once one of the most vibrant and diverse groups on the web.

John Scalzi did a phenomenal job in getting the Journals community up and running for AOL. AOL, in its typically clueless and arrogant fashion, repaid his efforts by blindsiding him with the ads and alienating the J-Land community he had built so well. It's a testament to his dedication to his readers there that he's still at it. I don't know when his AOL contract is up, but it looks like AOL has already effectively shuttered his blog by withdrawing promotion for it.

On the upside, his own site, Whatever, is getting bigger and better all the time and has a dedicated following. It's not a journaling community, though, like J-Land was. That, I'm afraid, is history.