Last night I posted a bunch of pictures whose edits weren't entirely obvious from the end result. Tonight I'd like to show you some of the raw and intermediate versions of the same photos, with explanations. 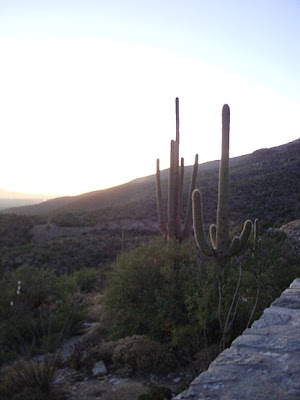 Remember the shot with that weird cloud thing? Here's the unedited version. To get this I pointed the camera downward and held the button to keep that exposure, and then listing the camera to take the shot. The result was quite similar to another photo I took nine Challenges ago. 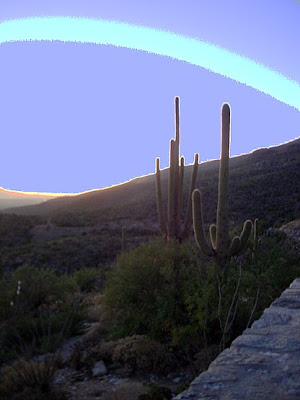 When I darkened the highlights, a band of color appeared between the blue sky above and the washed out white sky below. The eyedropper and paint bucket tools enabled me to past the blue in whether the white sky have been. 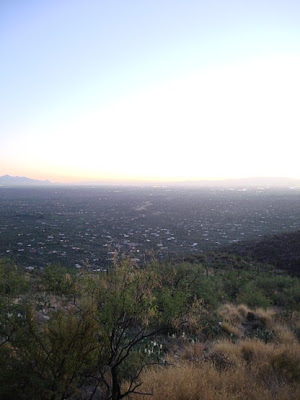 This shot had a similar history: brightened in the lens, with an odd effect appearing in the sky when the highlights were darkened. I copied bits of the "vortex" from this shot into the saguaro one, erased parts of them so that they basically covered up the light green band in the sky, and merged down. After that is just a matter of smudging and cloning to produce the artificial "cloud." 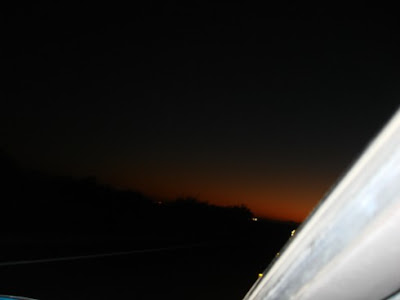 Here's the unedited version of the last shot from the RR entry. to get something usable I cropped out the most of overexposed section of my own car, cloned out the rest of it, lightened the image quite a bit, boosted the saturation a little, and cloned the color from one bit of light to the other one. 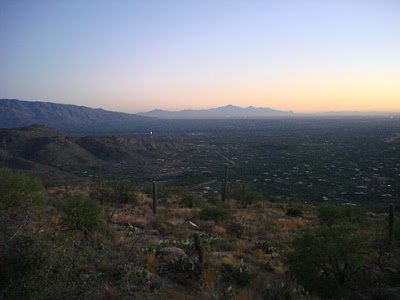 The orange and black shot points up the major problem I had with this Challenge, which was to determine how much to lighten things. I know from experience that my laptops display these images much more brightly than desktop computers do. So I lighten things up a little more than is optimal for the laptop, in the hope it will only be a smidge too dark on desktop computers. (Occasionally I go back and try again after seeing a shot online with a CRT.) Looking at these shots on Monday, I see now that I needed to lighten them further!

When the images are dark to begin with, and supposed to be a little dark, setting the right levels gets even trickier. This last shot, similar but not identical to one I used last night, is optimized for my laptop, brightened just a little and saturated a little, so that the valley looks a just little dark in the fading daylight. (By the way, that sunset is in the southeastern part of the sky.) Will you be able to see the saguaros, the sagebrush and the houses below, or will is be a speckled band of darkness? Probably depends what kind a computer you have.

Next: the photography of impatience. Meanwhile, good night!

great job. i love these shots...esp the last one.