This week's question is a simple one:

Weekend Assignment #301: Which are you more satisfied with, your eyes or your ears? Why?


Extra Credit: Which would be easier for you, being nearly blind or nearly deaf? 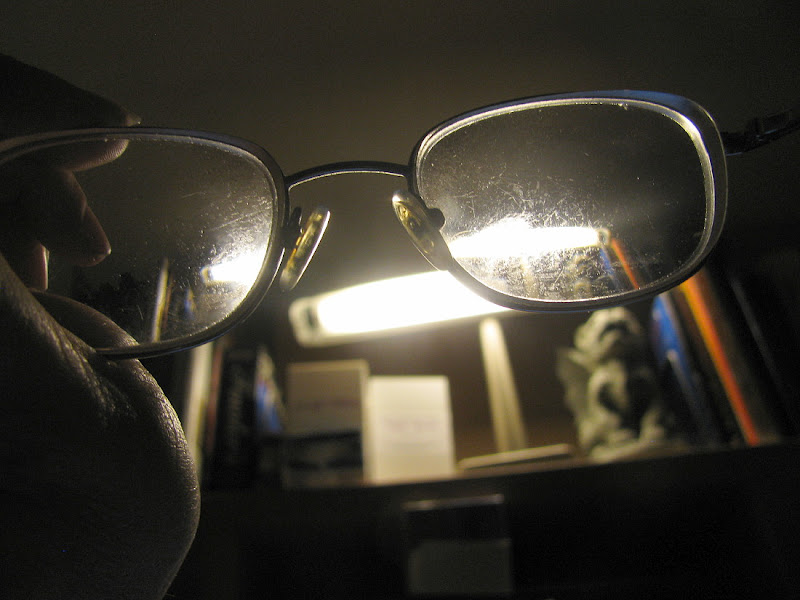 
Just at the moment, I'm not terribly satisfied with either my eyes or my ears. My glasses are only a year and a half old, but they're trashed. The anti-glare coating, or some other coating, has formed itself into a plastic archipelago that cannot be cleaned off nor seen through clearly. They tell me it was because I used soap on the lenses. Or something. As for my ears, well, now that I have my second cold in four months they're ringing rather loudly. 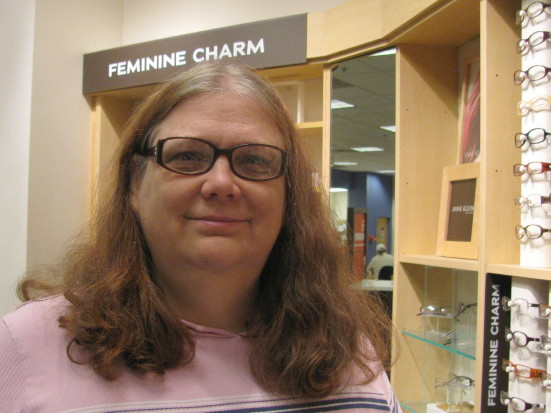 Trying on my new frames

But heck, I've had glasses since second grade. They're no big deal, as long as I have some and they work adequately. (Remind me to tell you an amusing story about that sometime.) So this week I got my eyes checked and picked out new frames, courtesy of John's health savings account, which I was added to last year. I had the silly idea of trying for Tenth Doctor style "brainy specs," geeky, black oblong frames, but they didn't work for my prescription and my face. I ended up with these instead. Oh, well, at least they're not tortoiseshell again. 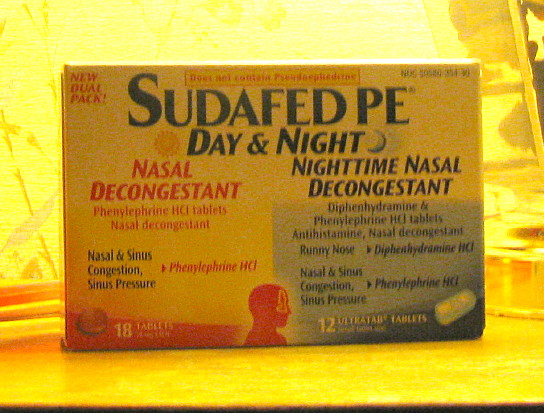 This does virtually nothing for my ears.

During my last cold in September-October, I looked up tinnitus online and came across all sorts of quackery and half-baked theories. One site claimed that once your ears start ringing, it never goes away completely. Others listed various treatments, most of which amounted to "Try not to listen to it."

I don't know. Coughs and tinnitus tend to hang on a long time when I get a cold - not a severe cough or a loud ringing, but enough to be occasionally noticeable. In between that last cold and this one, I noticed that I could still hear a little ringing when lying down at night. It wasn't much, nothing really bothersome, but it was there.

Now, of course, you could run a test of the Emergency Broadcast System from inside my head.

So which one is worse? Well, as I say, lousy vision has been part of my life for 45 years, but it hasn't been much of a blight. It's only myopia, after all, almost completely correctable with glasses. And while I do appreciate some visual things such as sunsets, an actor's subtle change of expression or a good book, I think on the whole I would miss sound more than vision. Half the time I "watch" a tv show from the next room, only running in when it is clear that the sound isn't telling the whole story. Books I could listen to if necessary, and sunsets, well, even with severely impaired vision I could probably pick up on colors.

Yeah, okay, the Internet would be a problem.

But sound is the main medium for carrying words from person to person, live, and for me it's the most important part of both drama and comedy. Without sound, music becomes mere vibration. And I have a friend with impaired hearing. When she's not the one talking, I think the misses out on about a third of the conversation. I would hate that.

My eye exam went well, with one eye actually improving and no sign of cataracts or other diseases. I fully expect to happily make do with glasses that will grant me reasonable vision for decades to come. And this cold will end, and the tinnitus will fade into the background again. But if I had to put up with one or the other, I'd rather have poor vision that poor hearing, any day.

How about you? Do you have great eyes but lousy hearing, or vice versa, or are you blessed with both 20/20 vision and excellent hearing? Which matters more to you? Please tell us about it in your blog, or in the comments thread below.

While you're thinking about that, let's have a look at last week's assignment. For For Weekend Assignment #300: Best of the Memes, I asked about your past and present participation in internet memes. Click on each name below to read the full response:


I do this one the most often, and am trying to pick up again on doing the Round Robin Photo shoots. In addition, I'm giving the 2010 Challenge from photochallenge.org a shot, if you'll pardon the pun.


I also participate in Carly's Ellipsis Photo Shoot Mondays. Thought I've been a little lax there as well. I started it after Karen handed it over to Carly, but not because of that! I had been thinking about it for a while, but never thought of myself as much of a photographer. Then decided that it doesn't matter since it was just for fun.


I missed the assignment post and won't get a full response up in time - sorry about that! So here's a short version:


I drift in and out of most memes. The Weekend Assignment is probably my most regular one, but I consider it more of a writing prompt than a meme per se.


I've become just an occasional participant in most other recurring memes. I've done Ten on Tuesday, Booking Through Thursday, and Friday Fill-ins with some regularity, and join in some others - mostly geared to book bloggers - when the mood strikes me. I've been shifting more toward creating my own recurring features.


Your turn! Here are the guidelines:

1. Please post your entry no later than Friday, January 15th at 6 PM. (You can also post your response in the comments thread, but a blog entry is better. )
2. Please mention the Weekend Assignment in your blog post, and include a link back to this entry.
3. Please come back here after you've posted, and leave a link to your entry in the comments below.
4. Visiting other participants' entries is strongly encouraged!
5. I'm always looking for topic ideas. Please email me at mavarin2 on gmail.com if there's a Weekend Assignment theme you'd like to see. If I use your idea, you will be credited as that week's "guest professor."

Phenylephrine doesn't do squat for sinuses either. I hand over my license and sign for the Pseudoephedrine. It works about 60% of the time.

You can see (but not hear) my response right over here. Sorry I've missed the last couple of weeks!

I'm up. I wussed on on the extra credit.

Oh, gosh. It's Friday and I haven't even had time to think about this.

I'll make it short: I have very bad eyes. If it weren't for the contacts and reading glasses combo, I'd be unable to work. However, I have two hereditary loss of hearing on both sides of the family. And I've priced hearing aids. Oh, I am SO scroooood.