Weekend Assignment #322: The Mark of Quality - Sort Of

Okay, let's shift gears to something very commonplace. Product Placement. We all have a certain product in our lives we simply couldn't live without. Tell us about your favorite product. How long have you used it? Why is it the best? If it were no longer on the market, what would you use instead? Give us all the details!

Extra Credit: Time to get creative. Take a photo of your favorite product!

What specific product do I feel this way about? I don't have a favorite soda, toothpaste or brand of chicken or cheese. I don't have a favorite fast food chain, or the best possible car, computer or phone. Even our DVD and BluRay players leave a lot to be desired. So what product engenders brand loyalty in me? I finally asked John to name a brand or product I care about. "BBC," he replied, without a moment's hesitation.

He's got me there.

This banner caused a ruckus on the BBC by being plastered over
Matt Smith's face during the climax of a Doctor Who cliffhanger.

The British Broadcasting Corporation, launched in 1927, is "the largest broadcasting organization in the world," according to Wikipedia. This government-owned broadcaster of tv and radio is supported by as license fee paid by people in the UK, in return for which they don't run advertising (except for promos for their shows, which can be intrusive and obnoxious). 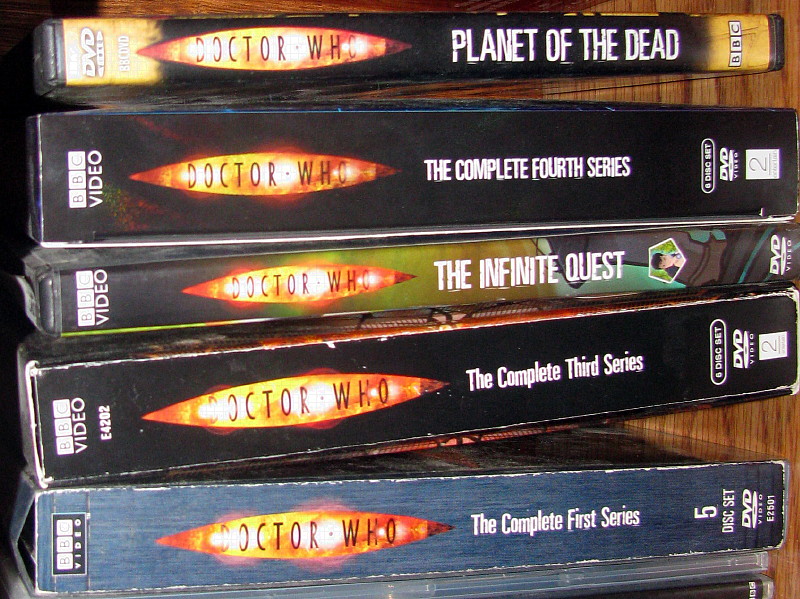 BBC Worldwide markets BBC programs and products to the rest of the world, which is how we get BBC America on cable and BBC Video from a company called 2|Entertain in stores like Best Buy. Rapid Doctor Who fan that I am, BBC mostly means Doctor Who to me: BBC-branded DVD box sets from 2|Entertain, Doctor Who on BBC America on weekends, novels from BBC Books on my shelves.

But the truth be told, BBC has entertained me with a much wider range of shows than that. Choice lines from Monty Python's Flying Circus have been part of the culture of every group of friends I've had since 1974 or so. My husband even designed Python trading cards and T-shirts for a living during one brief but golden period in the 1990s. (This resulted in our attending a party once in L.A. with several Pythons, Jeff Lynne, Sid Caesar and other luminaries.) I remember watching the BBC's The Six Wives of Henry VIII as a kid.  David Tennant's recent RSC run as Hamlet was filmed and broadcast by the BBC. And where would Douglas Adams have been had the BBC produced that wholly remarkable radio series, The Hitchhiker's Guide to the Galaxy? I even watch Cash From the Attic sometimes at 2 AM on BBC America, or those amusing guys on Top Gear, the only car show capable of appealing to someone like me who doesn't care at all about cars. And I liked both the original Life on Mars tv series starring John Simm and its equally bizarre U.S. counterpart.

There is one other entertainment brand that means something to me, and you can probably guess what it is: 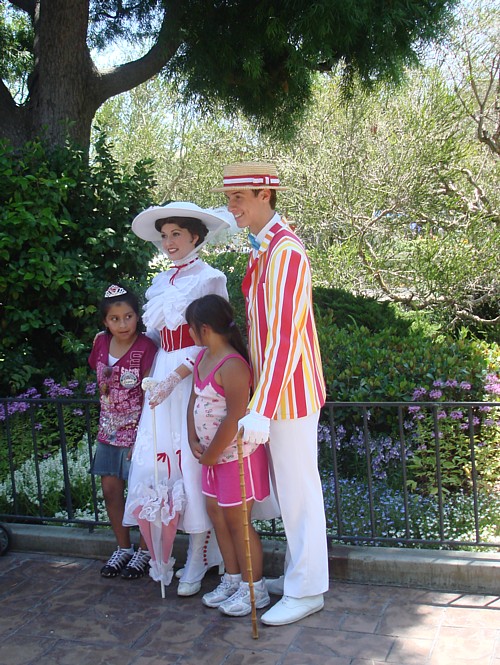 Yes, it's Disney. I won't say I love everything the studio has ever done; there are entire decades (I'm looking at you, 1970s) when most of the studio's output was not very good. Nor have I ever forgiven the Disney Channel for dropping its Vault Disney lineup of classic shows in the middle of the night in favor of running its mostly-dreadful (to my adult sensibilities) Tween-oriented comedies night and day. Do children really need the opportunity to watch Hannah Montana at 2 AM? 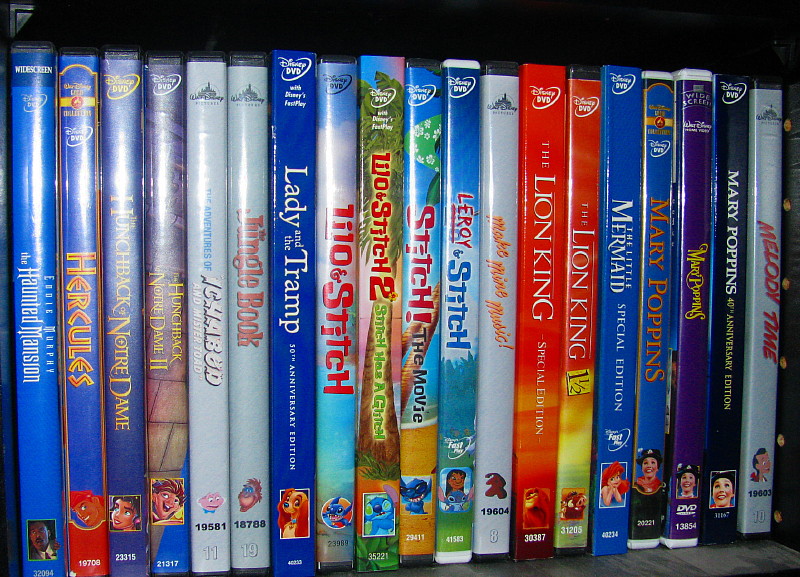 Even so, Disney at its best is very good indeed. John and I love Lilo and Stitch, and even like the spinoff tv series and direct to video sequels. I loved Disney's The Hunchback of Notre Dame so much that I collected some decidedly marginal merchandise (e.g. party hats) from the movie before my mania subsided. We've bought at least 3 copies of Mary Poppins on DVD because they keep coming out with special editions with extras I can't pass up. Great film, great music by the Shermans. Aside from Doctor Who stuff, Disney is responsible for more more merchandise on display here at the Museum of the Weird than any other entertainment company.

And if John and I lived in Southern California, we would probably be at Disneyland at least once a month. Much as I'd love to get back to Universal Studios Florida to see the new Harry Potter attractions, there is no theme park in the world that means as much to me as Disneyland and Walt Disney World. And never will be. John collects Viewmaster reels and postcards and online images from Disneyland's 55-year history. I have a pin collection, and we've each taken a ton of photos over the years. The powers that be at Disneyland have taken occasional missteps, such as the fake Jules Verne retro-style Tomorrowland of 1997, or closing down the Country Bear Jamboree, which was in the design stage when Walt died. But I've gotten a lot of joy over the years from Pirates of the Caribbean and the Haunted Mansion, Indiana Jones and the Temple of the Forbidden Eye and Space Mountain. If I could, I would wake John up, jump in the car right now and drive to Disneyland. Again. But I suppose that would be silly!

The BBC is so important in our home too! The children have been watching Children's BBC since they were babies, getting their daily doses of Teletubbies and Tikkabilla, and all the rest. Now our daughter is 11 and she's been a doctor who fan for a couple of years - watching all the series old and new, reading all the bbc book. One of the high points of our trip to the UK last summer was finding a BBC shop where she bought a Dalek watch and a sonic screwdriver! She also loves all their antiques programs like 'Cash in the attic' I used to watch the gardening programs and the historical dramas when we were still in the UK. And Top of the Pop, of course!

I second the thought on Disney - especially the parks. I'm a total sap for their theme parks. However, I disagree very strongly with Disney-direct-to-video-sequels. In my experience, they are generally execrable, even if the originals were great. Then again... burn me once, shame on you, burn me twice, shame on me... so I haven't exactly given them many chances...