EMPS: Better Fruit, But At a Price

For Ellipsis Monday Photo Shoot #95: Organic Food, I naturally went to the grocery store, specifically my faithful Safeway up the street. A few years ago, they revamped their produce department to make things look that much nicer, especially their organic produce section. I've photographed items from it before, but it was a different season and a slightly different topic. Let's see what I found to photograph this time! 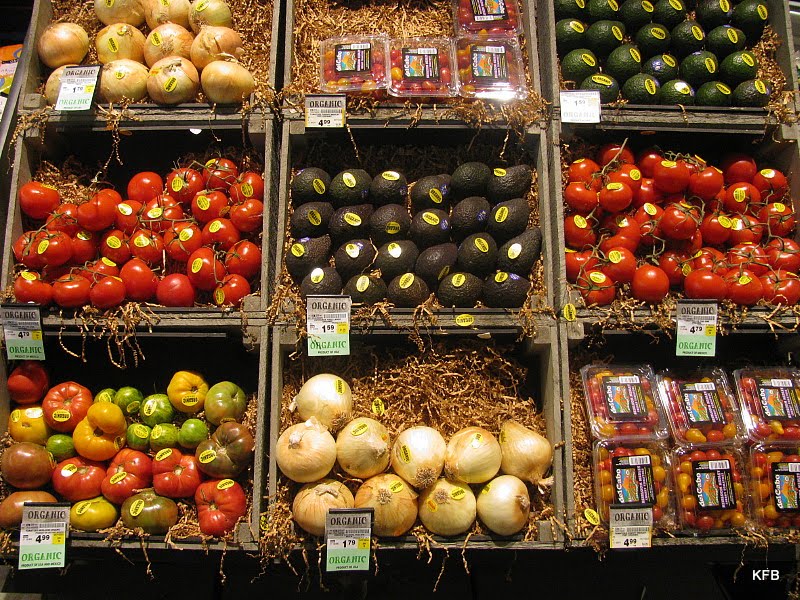 Here is just part of their organic display. I like the variety of colors and textures, and the Farmer's Market look of the crates filled with, um, not sure what, possibly wood shavings. 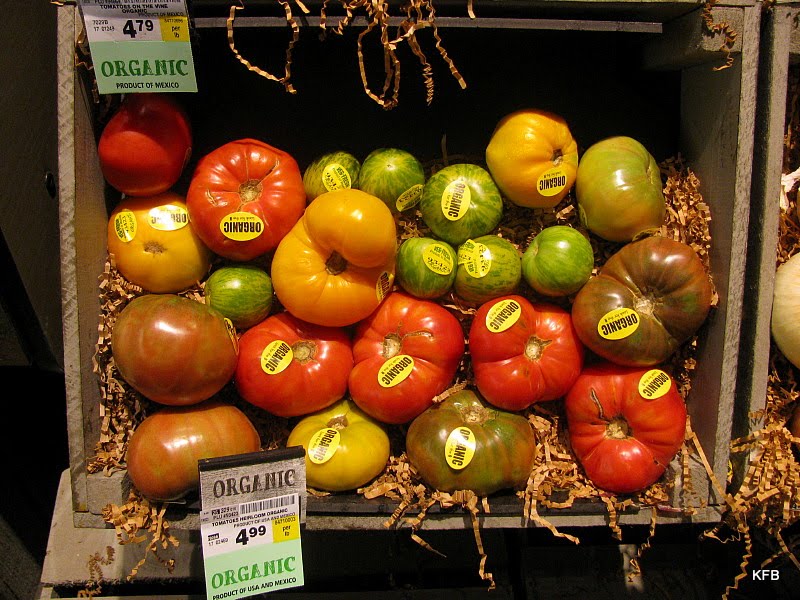 Much of Tucson's produce comes from Mexico, including the organic stuff, and even including some of the more obscure varieties. Look at all the colors and sizes of tomatoes in this one bin! 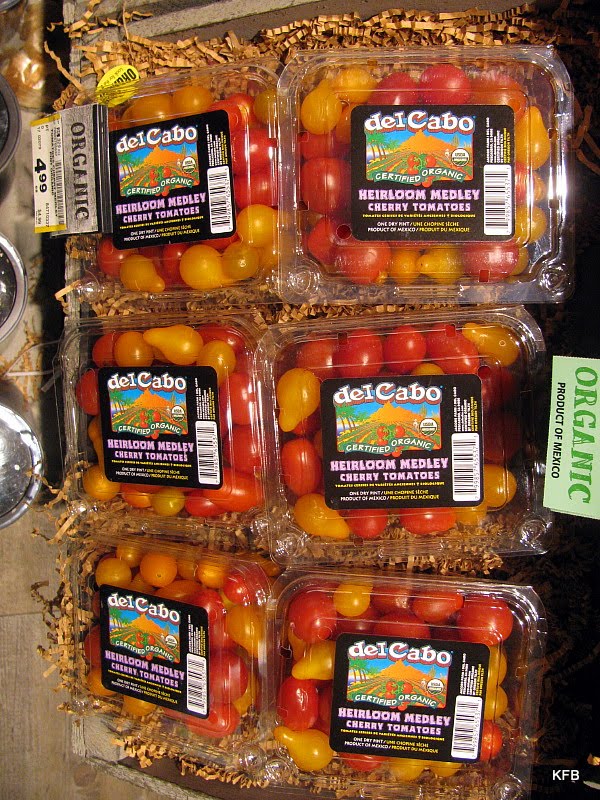 When I was a kid, we used to grow cherry tomatoes every year, starting with vines in planters in the dining room or kitchen window, and later moving them outside. They were always red when ripe, always bigger than the tiny tomatoes one sees in salads now. Nowadays it's all about grape tomatoes and other newly-developed variants on the basic tomato. But here are "heirloom" cherry tomatoes. I think that means they are grown from the original genetic strain of decades ago. 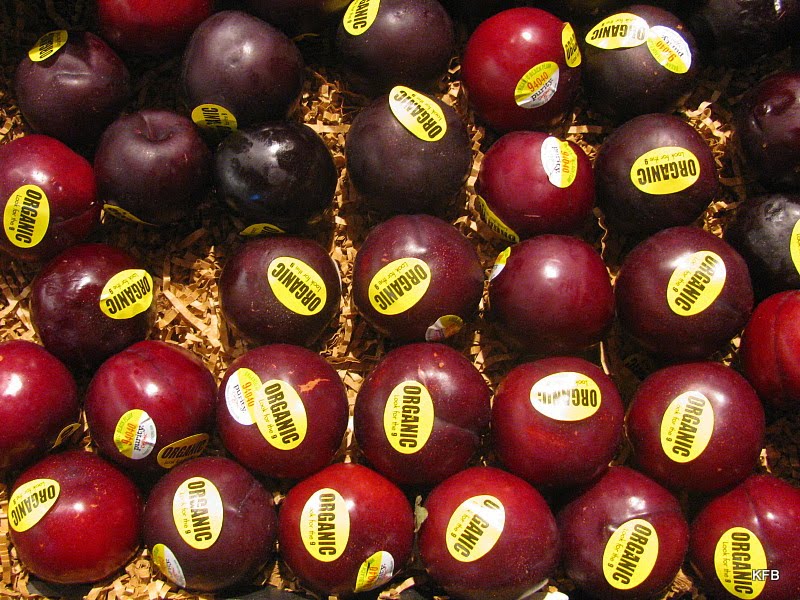 Plums. Again, I like the variety of color here. If I thought they were actually soft and juicy, instead of rock-hard like the regular non-organic ones, I'd be tempted to buy a few. But they cost about three or four times as much as the regular ones, and money is tight. 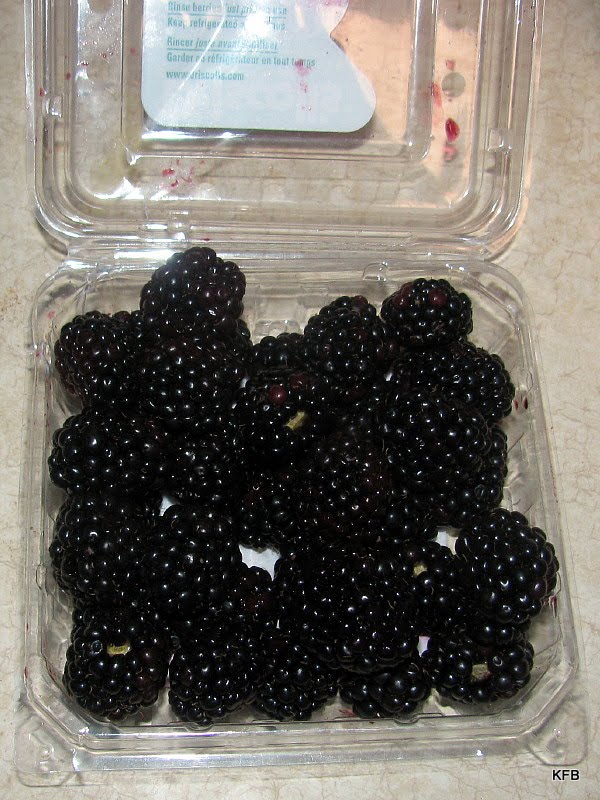 But I did buy one organic indulgence: this carton of blackberries. Yum!

Be sure to check Ellipsis every Monday for the Monday Photo Shoot! And I'll be back in a day or two with tales of the weekend's photographic adventures. Wedding photographer? Me? Yipes!

There's a section of organic fruits/vegetables in our regular supermarket, but the price is a little bit on the high side!