For Ellipsis Monday Photo Shoot #94: Faces, I'm going to stay away from real live faces, and show you faces drawn or painted by better artists than I. It's a chance to focus in on specific detail from the paintings, drawings and prints we have here at Casa Blocher, the Museum of the Weird. 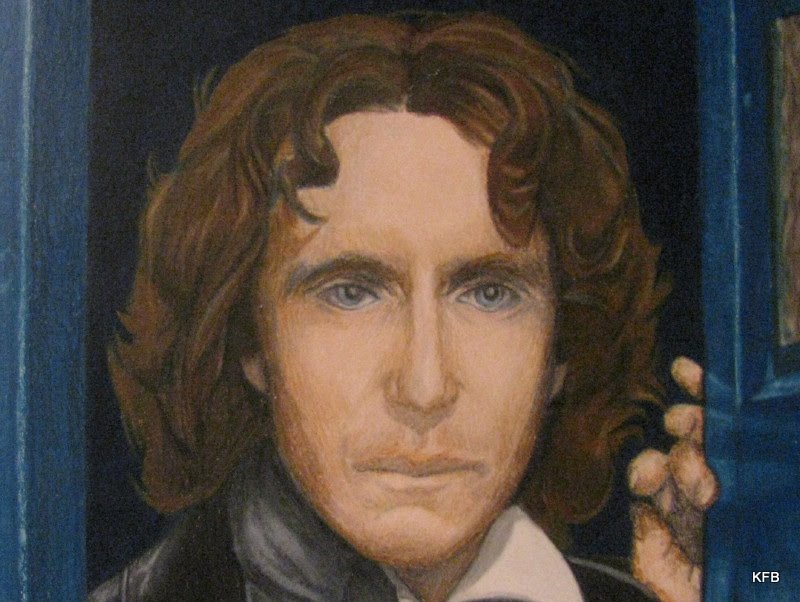 Let's start with one of the Eleven faces of the Doctor, the hero of my favorite tv series, Doctor Who. This is the Eighth Doctor, as portrayed by actor Paul McGann and drawn in pastels by a young artist named Ruben, um, I don't remember his last name for sure. I think it was Serra or Serna or something like that. He was in our Doctor Who club in the mid-1990s. I bought this large portrait of the Doctor at our local sf convention, TusCon, that year. 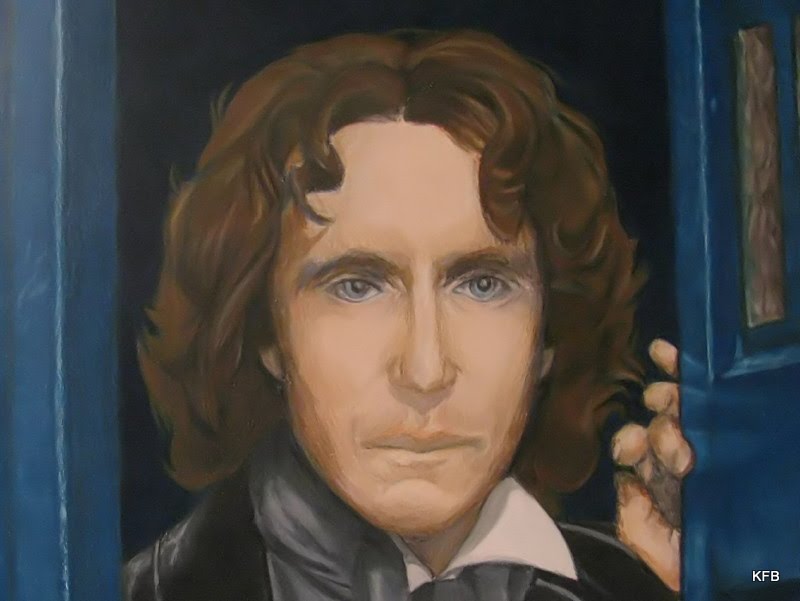 Here is a different photo and edit of the same subject. The first one shows the textures of the canvas and the pastel chalk and probably a good bit of dust. This second one smooths away all that with an "Auto De-Noise" filter. I dusted the portrait before rehanging it. 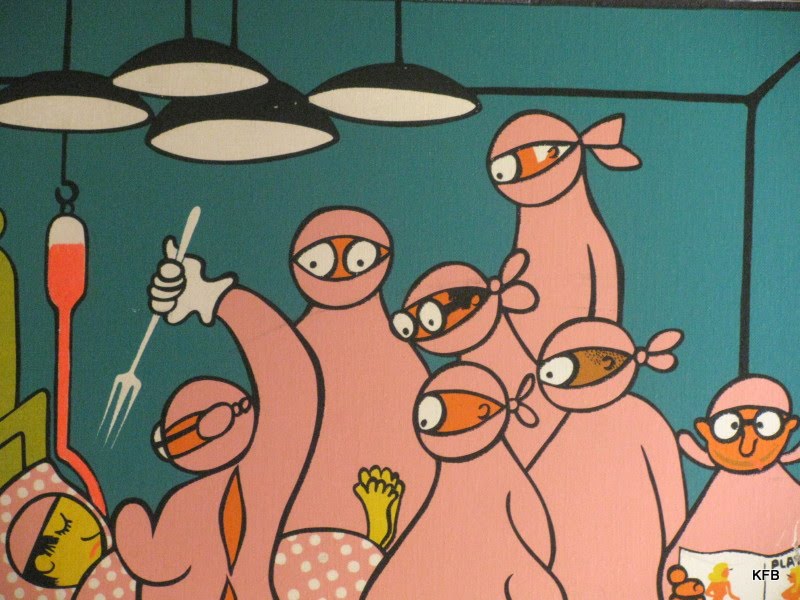 An even more fanciful piece of original art is our painting by bandleader Xavier Cugat. It's full of stylized, silly faces. I especially like the serene face of the patient. If I had this team of doctors about to poke me with a giant fork, I'd be worried! Cugat apparently churned out a number of near-identical paintings of scenes like this. 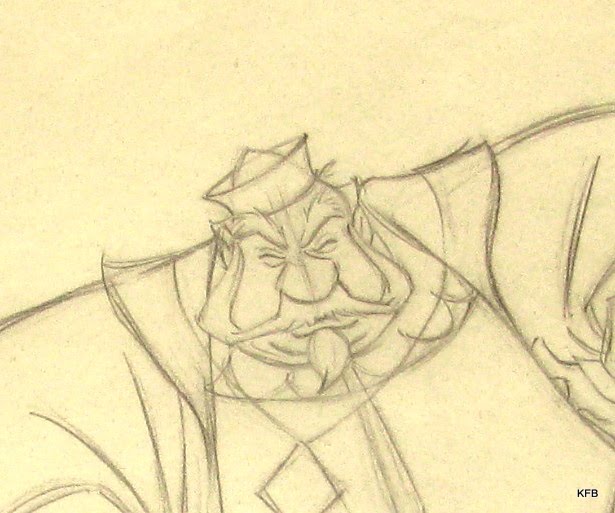 Aside from a tiny sketch of Uncle Scrooge by Carl Barks, the last of our original pieces of professional art involving faces is this pencil sketch of King Hubert from Disney's 1959 animated classic Sleeping Beauty, drawn by legendary animator Marc Davis. The comic irritation on his face reminds me of Donald Duck when the nephews are driving him crazy. 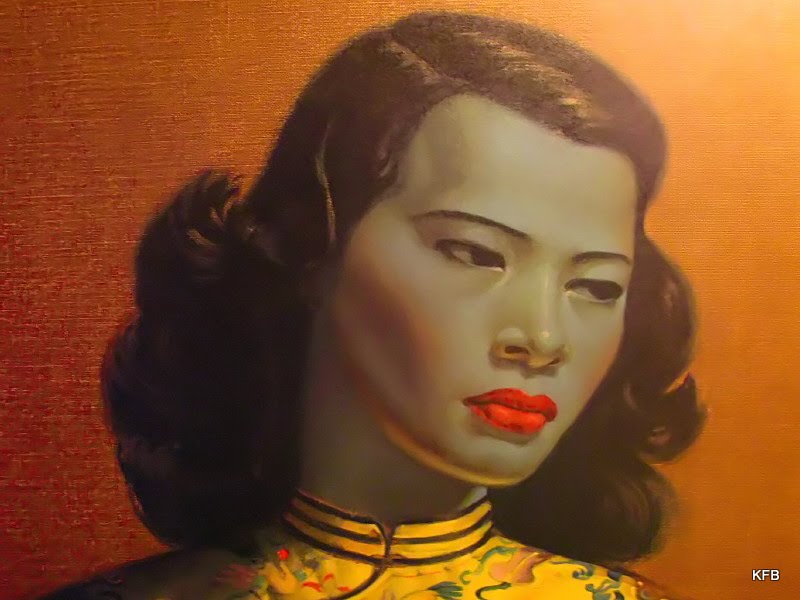 I also photographed a stylized chef's face on a barbeque tray, the face of a mod Barbie on a doll case, and faces of tikis and parrots from a Disneyland attraction poster. But let's close this entry with one of my many attempts to photograph a rather bizarre but popular art print of a bygone era, the famous Green Lady. It's actually titled Chinese Woman, a 1950 painting by the Russian-born, South African artist Vladimir Tretchikoff. I used one of our vintage lamps to light this particular shot, so it came out much more yellow-orange than the actual print is. But yes, her face is green, specifically blue-green. The Green Lady takes a bit of getting used to, but I like the curves of her somber face and the strange and exotic colors of the piece.

I enjoyed this collection very much, but I would have loved some real faces presented with your creativity. You are talented with the camera, it is always a treat to see what you come up with.

I enjoyed looking at your 'faces' entry this week. The last one is my favorite, perhaps because of my Asian roots?

I don't know much about Dr. Who but I think my son J.D. was interested in him for a while. J.D. is now 41 and has lost his interest, I believe. Still, your photographs of the good doctor are very interesting. I'm not sure where I previously saw the picture of the lady but she is beautiful. Thanks for featuring that one, too, as well as the patient who is about to be impaled by the fork.