It's taken me all week to do my entry for Ellipsis Monday Photo Shoot #93: Fire, but not for lack of effort. See, the thing is, it's nearly summer in Tucson, and my car thermometer has already recorded temperatures as high as 112 degrees F. Hardly anybody around here lights fires in this weather, even for cooking, with the exception of a gas-top stove. And where's the fun in that? So I began to look for alternatives, anything with a fire theme. I even asked about photographing the brick oven at my favorite barbeque restaurant, but apparently the owner believes that would amount to giving away trade secrets.

There's a fire station right up Wilmot from my house, but no good way to photograph it from Wilmot Road. Besides, it's been shut tight all week, with no fire engines outside at all. The side of that building didn't exactly offer exciting photographic possibilities.

Finally, one sunset a few days ago, I thought, "What about the fires of the sun?" Here are two different edits of the same sunset. One is saturated and darkened, and the other is exactly as it came out of the camera: 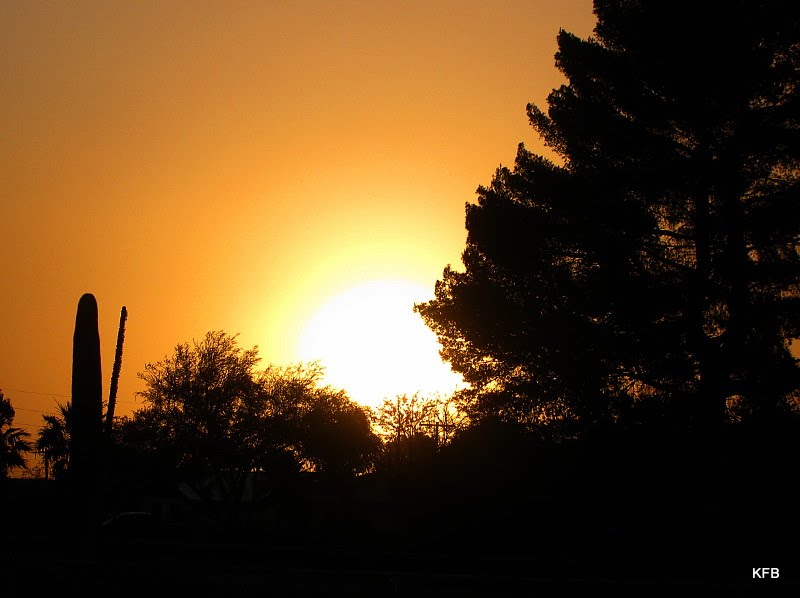 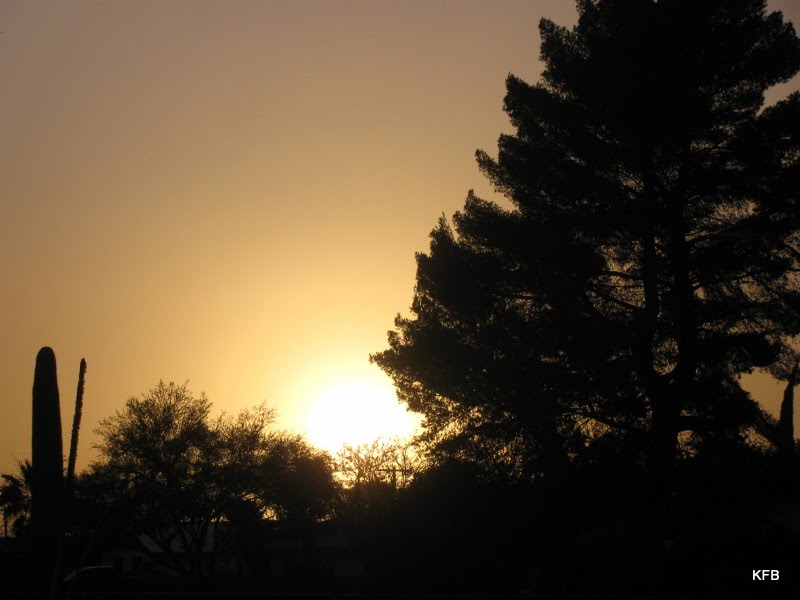 That was going to be my entry for today, along with a few more shots taken at the same time. Then finally, on my way to pick up Kevin for church this morning, I saw a fire truck: 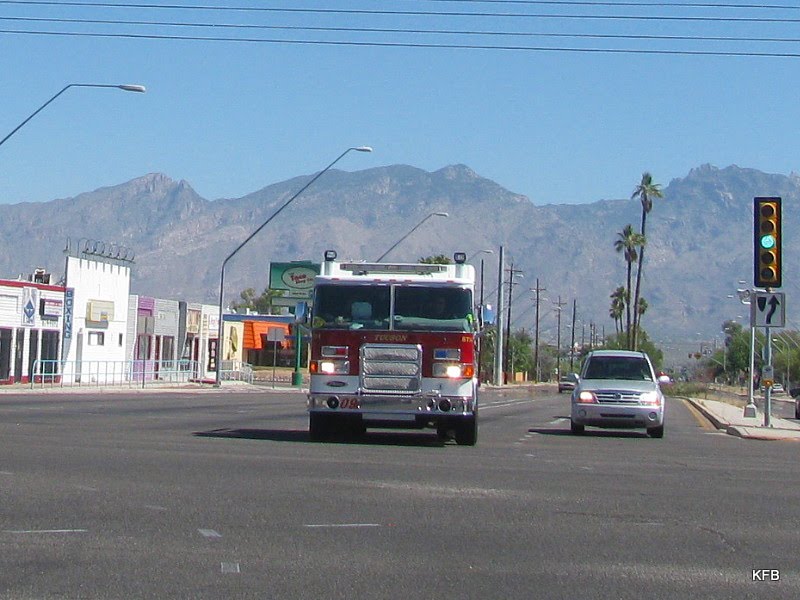 Well, I was getting closer! Literally. I thought that would be the best I could do for this theme, but late this afternoon I thought I'd give the fire station one more try. Success! Well, sort of: 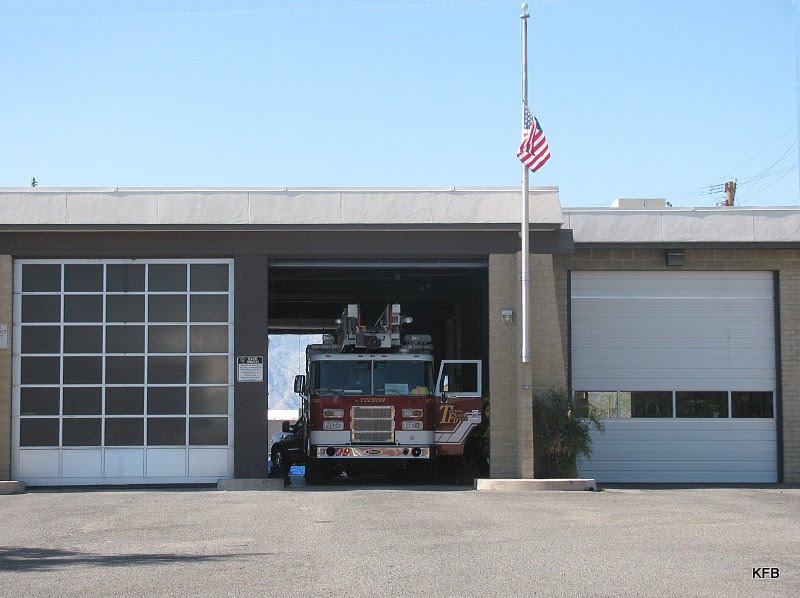 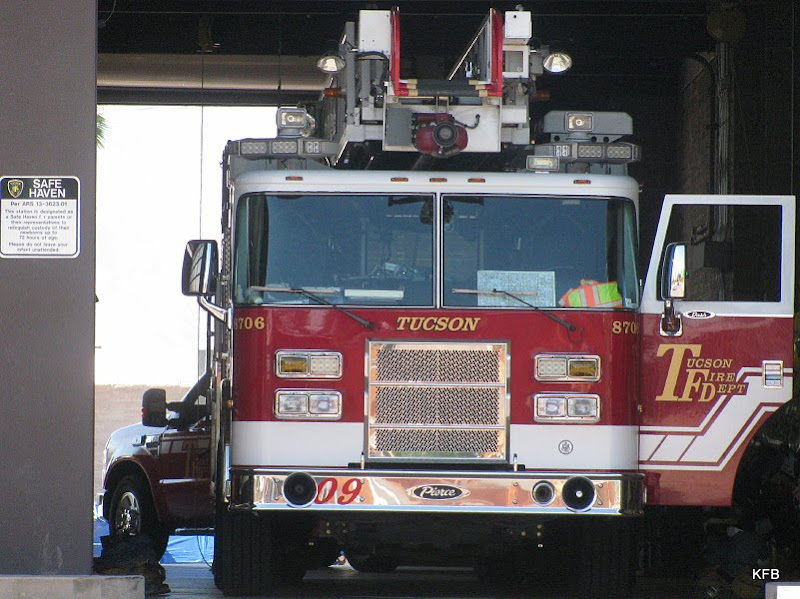 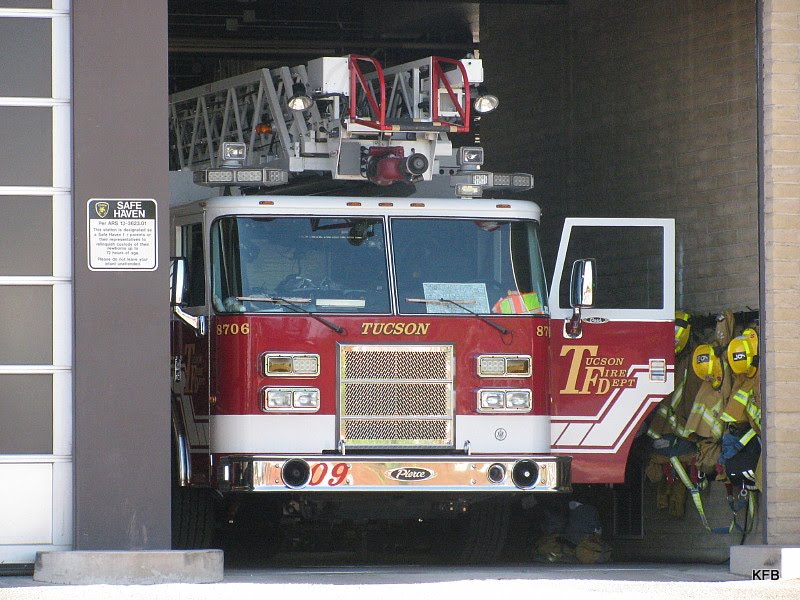 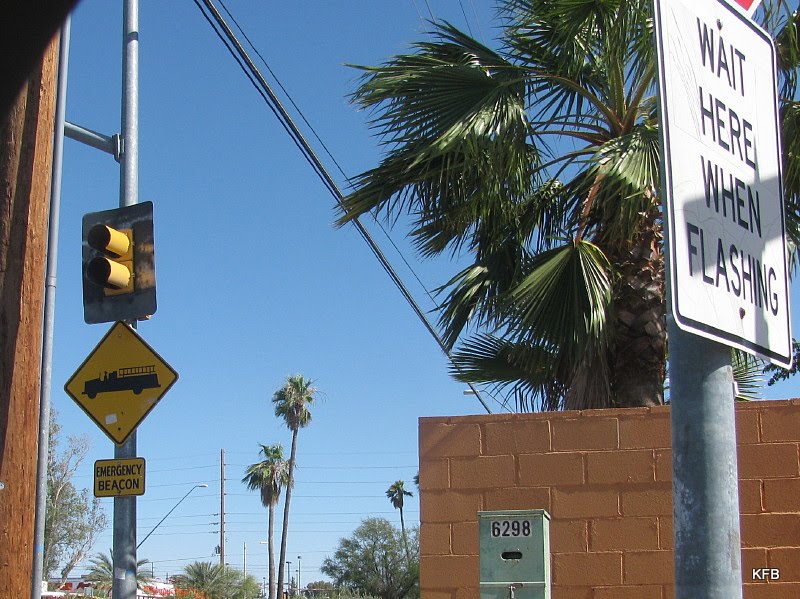 So, no actual flames for you this week, unless you count the ones 93 million miles away; but I hope you enjoyed my fire-related photos!

Nice round-up of fire related images! I love the H*O*T sign... "WAIT HERE WHILE FLASHING" LOL. I know what they mean, but an alternative image came to mind! ;)

110? that's even hotter than Singapore and we're much nearer to the Equator Line!

Glad you finally got your fire station pictures, although the sunset ones are great, too.