Weekend Assignment #293: When Do the Holidays Begin?

This week's Weekend Assignment has to do with where we are in the calendar:

Weekend Assignment: #292: Halloween is behind us, Thanksgiving ahead, and Christmas advertising has begun. So how about it? When do the holidays begin for you? Do you avoid thinking about Christmas and Hanukkah until after Thanksgiving, or is any time after Halloween okay? Is it time for Christmas lights in your neighborhood, and do the neighbors agree with you? How about Christmas music? When does that become okay, if ever?

Extra Credit: Have you bought any holiday presents yet? If not, when do you think you'll start?

Carly asked me today, in effect, whether it's beginning to look like Christmas, everywhere I go. Well, no. I'm sure I've seen Christmas ornaments at the Hallmark store, but they always start way early, and I haven't really looked them over. Costco has creches and wrapping paper, and I've heard the occasional Christmas jingle on tv. But that's it, really. The big Christmas displays around my neighborhood have not been set up and turned on. Even Park Place Mall isn't very Christmassy yet. As for the weather, I'm in Tucson. How Christmassy can it be?

And that's FINE with me. For me, the Christmas season should arrive with Santa at the end of the Macy's tape-delayed Thanksgiving Parade, and not a moment before. You can turn on the Christmas lights then, and ramp up the holiday merchandise in the stores. I start considering the religious aspect of it when Advent starts (4 Sundays before Christmas), and on the feastday of St. Nicholas on December 6th, because I'm fond of him and have written about him before. Christmas music? Let's hold off until mid-December, okay? Christmas shopping? That's going to be tricky, with our financial situation, but let's say early December for that.

You know, for years and years, it's seemed that people say that Christmas starts earlier every year, at least where stores are concerned. But I see no evidence of that this year. And that's a good thing, I think! 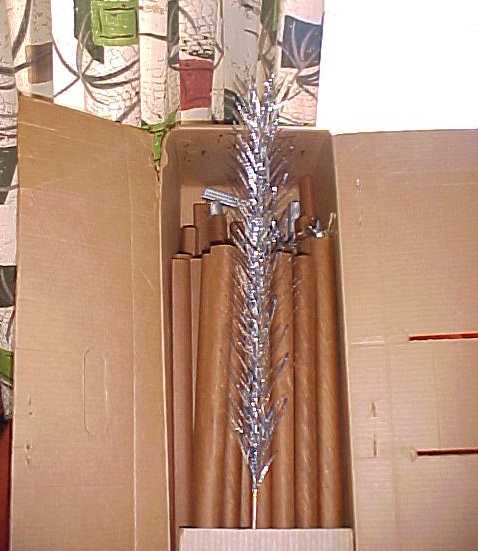 I'm in no rush to set up our aluminum tree!

How about you? Do you need a little Christmas, right this very minute? Are you ready to jump into the holiday season with both feet? Or are you trying to put it off a bit longer? Tell us about it in your blog, or in the comments below. Easy instructions to participate are at the end of this entry, right after last week's wrap-up.

For Weekend Assignment #292: The Oldest Thing, I asked about your oldest possession. Five of you responded, thus:


Interestingly, just last night I wound up the old blue teddy bear I've had since I was a toddler. He still plays the Teddy Bears Picnic. He and a giraffe and a little koala all date back to early childhood, and live in my collection of stuffed animals I have been unable to get rid of for sentimental reasons. His name is David, but don't ask me why. The other two are Giraffe and Mr Koala. I think my bedroom furniture is older though. I was given it when I moved last, the woman who owned it before is in her 90s now. I don't know for sure, but there's a possibility it was around before I was born. If not, then the oldest thing is probably my copy of Ivanhoe, printed in 1968.


It's purported to be a page from an early King James Bible. That's Job 33-34. Now I've held an actual King James Bible in my hands. The museum I worked with a long time ago had a genuine one on display. I know that a lot of Bibles were torn apart and sold for single pages. I also know the first edition of the King James Bible was printed in 1611. Does that make it genuine? I don't know. It certainly looks like it, but I'm no paper expert.


If we are talking about day to day possessions, I don't think I have anything that constitutes and actual antique...yet. I do have two portraits in a lovely Victorian style that hang over our bed, but alas, I don't have a photo of them, at least not on this computer. I bought them back in the mid 80's, when Victorian pieces were all the rage. I love them so much that I believe they are the one thing I would grab if the house were burning down around me. :)


I think it's a diamond ring that belonged to my namesake grandmother, and which was passed down from my mother to me. It dates from the late 1920's - I'm not sure of the exact year, but since my mother was born in March of 1930, and both of her parents were good Catholics, I'd estimate around 1928. The ring is platinum, with a diamond solitaire in a raised setting; I've never had it looked at by a jeweler, so I don't know any of its "four C's" (carat, cut, color, and clarity) or have any idea of its monetary value. It certainly has strong heirloom value, though.


By far the oldest thing in our house is one of my coins. I'm not a big collector, but I have a few things I've picked up since I was a kid. A few I got through the mail, but most of what I have I got through the regular money circulation channels. I used to wait tables, that is the best way to get a lot of change. Especially when you work in a restaurant that caters to old people. It was not unusual to get a tip of 78 cents. At least this was the before people had easy access to tip calculators, I probably would have been given pennies cut in half if that were the case.

The oldest thing in my home, though it is carefully packed away since I moved over the summer, is an original Twain volume my parents bought for me in a box lot of books when I was 12. It is extremely fragile and I rarely open it because I'm afraid it will fall apart.

Here are the guidelines if you'd like to participate in the Weekend Assignment:

Hi Karen,
I have posted my weekend assignment at my place, Sherrie's Stuff and linked back to you. Have a great day!

Disapproval would be folly, right? http://www.barrettmanor.com/julie/archive.aspx?ID=2698

It's not looking like Christmas quite yet, thank goodness!

My Christmas thoughts are up.