This is part two of my entry for the Ellipsis Monday Photo Shoot on the topic of Halloween. Scroll down for Part One.

Now here are shots of the little Halloween environment I created in the alcove in front of our front door. 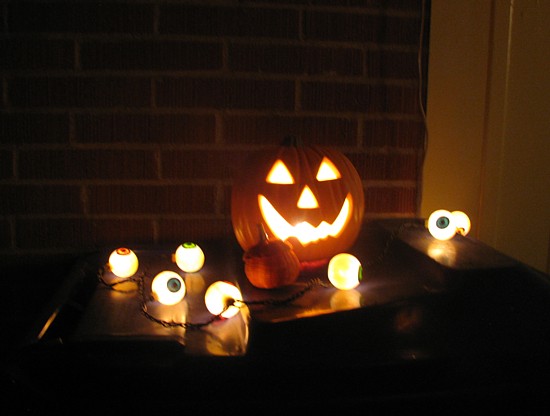 I paired our electric jack o'lantern with a string of eyeball lights, on top of a big blue recycling bin. 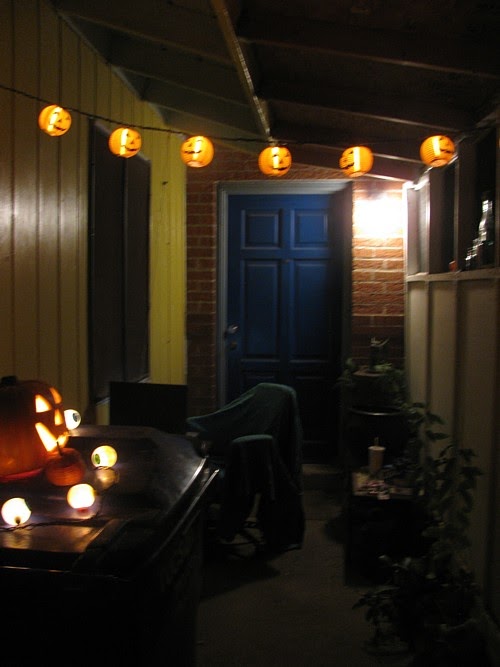 My office chair wasn't very wizardy, so I draped it in the fabric I used for my Statue of Liberty toga last year. 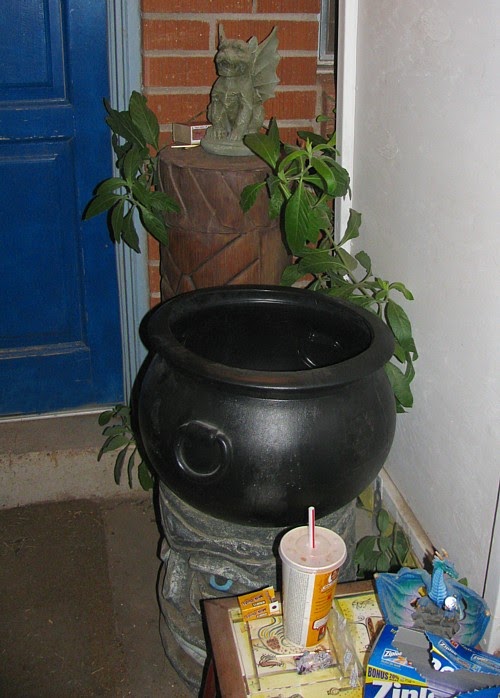 One of our tikis played host to George Jr., the smaller of our two gargoyles. The other tiki supported the cauldron o' plenty, which was nearly full at 6 PM, nearly empty by 9 PM. 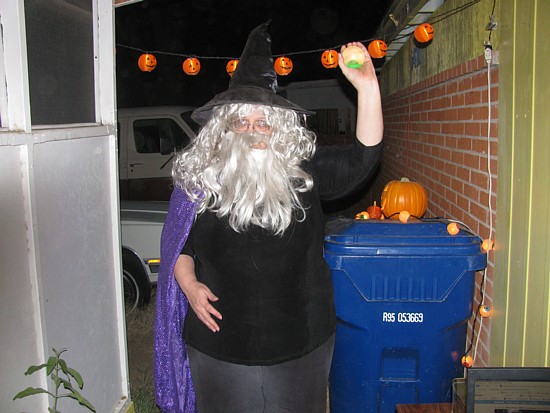 My costume was not very successful. The wig and beard I bought weren't very good, I couldn't find my homemade wizard hat and the cloth witch's hat would not stay on my head so I mostly didn't wear it. I planned to reuse a purple choir robe I'd worn as Professor Minerva McGonagall, but it turned out that it went away years ago in the Great Black Furry Bug Disaster, when we discovered that lots of irreplaceable clothes had been eaten by bugs. And I couldn't get at my wizard's staff, which has talons holding a globe at one end and is in storage. I made it from the actual walking stick I used to hike out of a canyon on two sprained ankles in 1987.

Many of the kids called me Santa, some of them probably to annoy me. I made them "try again" until they identified me as a wizard (or Dumbledore, or in one case "Ganderolf"). 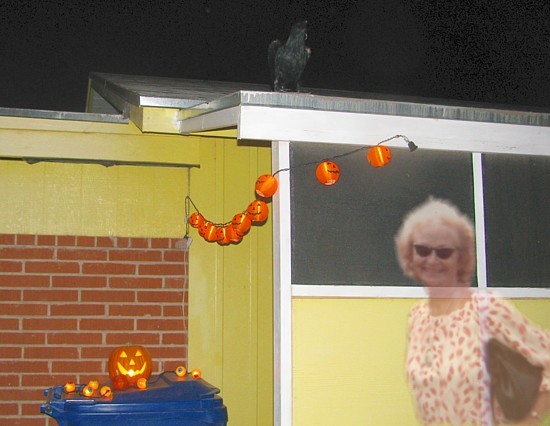 Carly wants a ghost picture, so I've added my dead mom here. All I could think of.

I hope everyone had a great Halloween!

Your mother's smile surely lives on and waits to light up every lantern.

Despite the technical difficulties, I like the way your costume turned out. And, like Liz, I feel your mother's smile lives on.