It happens occasionally. I set out to take photos for some meme, such as this week's Ellipsis Monday Photo Shoot #62: Autumn Fruits And Vegetables, and somebody comes along and objects. Some stores and restaurants, and occasionally whole shopping malls, send someone to tell me to stop taking pictures, it's not allowed. So I say that I'm sorry, I didn't know, and put the camera away. Then I'm faced with two questions. Can I ethically use the photos anyway? And if I don't, is there someplace else I can go to find the same photographic subject and not encounter such problems? 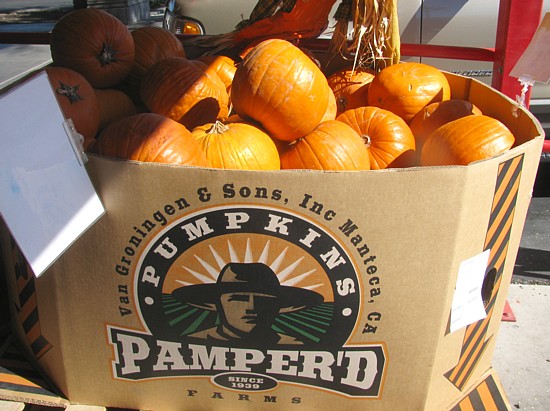 So it was this week. With my usual autumn mania for "Pumpkin Anything," I immediately latched onto the idea of pumpkins as the quintessential fall fruit. Where does one find fresh pumpkins after Halloween? Why, at THAT well-known semi-gourmet food chain, of course! 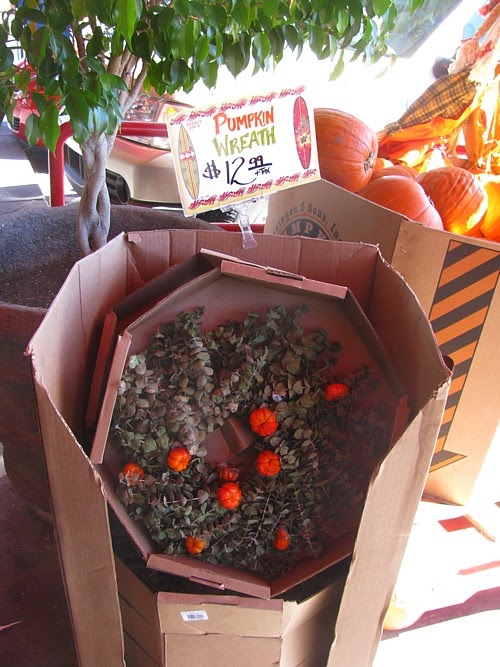 So I went along to that store, and photographed pumpkins and a "pumpkin wreath" out front. So far, so good. Then I went inside. 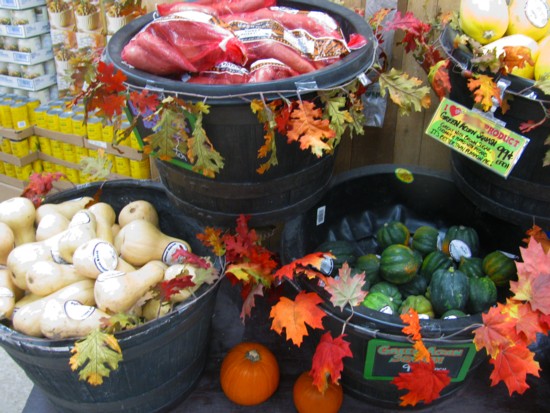 I had just photographed this lovely display of fall veggies when a store employee tapped me on the shoulder, and politely told me that photography was against corporate policy. She even confessed that as someone who puts together store displays, she once sneaked a photo or two inside a different store in the same chain. I thanked her and put the camera away. 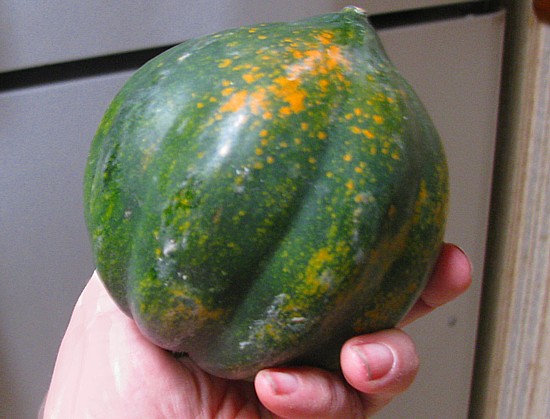 Then I bought this acorn squash. Nobody could possibly object to my photographing it at home! I don't have a working oven, but as I suspected, I can microwave the squash.

I also bought a "pumpkin anything," but let's pass over that bit of self-indulgence. 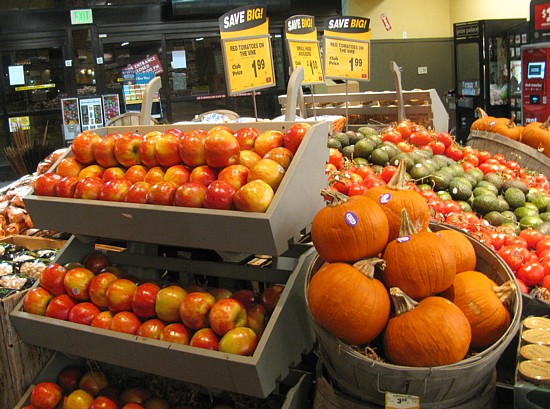 Ultimately, I went to the place where I've photographed an awful lot of fruit, vegetables, baked goods, flowers and holiday displays over the years: my local Safeway, where nobody has ever objected to my pulling out a camera. There I found more pumpkins, and apples, which as a former New York Stater I definitely associate with autumn. 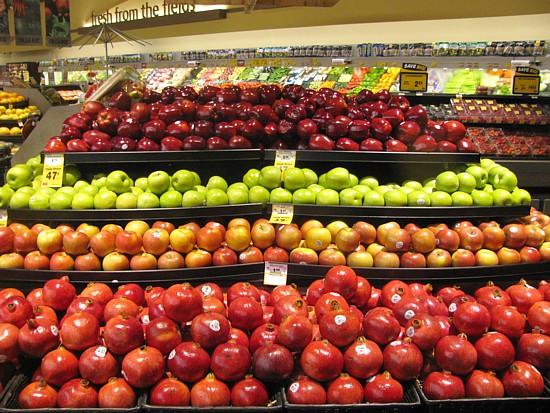 Nor are all of these apples. See that bottom row? Those are pomegranates. I don't know whether they're a fall fruit, but Safeway sure had a lot of them!

lol I would have never guessed you couldn't take pictures at some stores. That's funny. Great pictures & great presentation. You made me smile. Love the picture of the apples. ;o)

your post goes to show photographers the
Safe Way !

Weird! I could have sworn I left a comment last night. YIKES... where is my brain. Here brain... brain!

Anyway, nice displays. Sorry about the hassles. It always amazes me when stores get bent over photography, you would think they would appreciate the free advertising, but I guess they are worried that someone will swipe their super-nifty new way of displaying veggies. Shocking! LOL. Nice photos, especially of the apples and poms. Delicious!

We can always find apples and pumpkins here, because we import them!!
Most shops here have the similar policy against photography, it's easier to get away if one is using the compact digital camera, but mine is quiet big so it's very noticeable.

How silly of the store to not let you take photographs inside. I haven't tried that yet so don't know what I would be told. It's tempting to try it for one of these memes and see! I have quite a small camera so I might be able to get away with it. LOL!

Your pictures are excellent and bring out the best in the fruit and vegetables. They look good enough to eat! X-D!