For the Ellipsis Monday Photo Shoot this week, Carly wanted Halloween-related photos. Mine are of my preparations and the actual night, and will be in two entries. This first one is about the preparations. 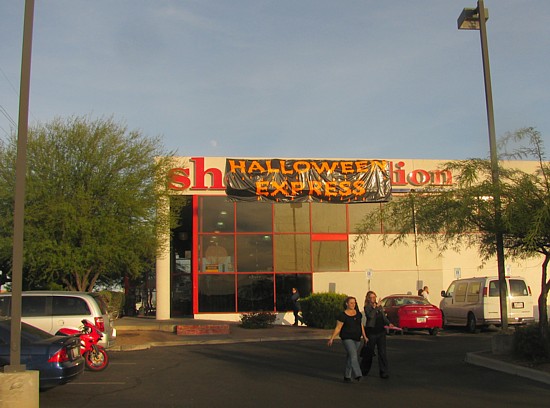 Some years it's hard for me to find any of the seasonal Halloween shops that spring up each September. This year, there were two or three of them on the same stretch of Broadway Blvd near Park Place Mall. This one was in a usually-empty former shoe store near Broadway and Craycroft. There must have been a hundred people in there on Friday afternoon the 30th, most of them 18 to 24 years old. I was probably the oldest person there! 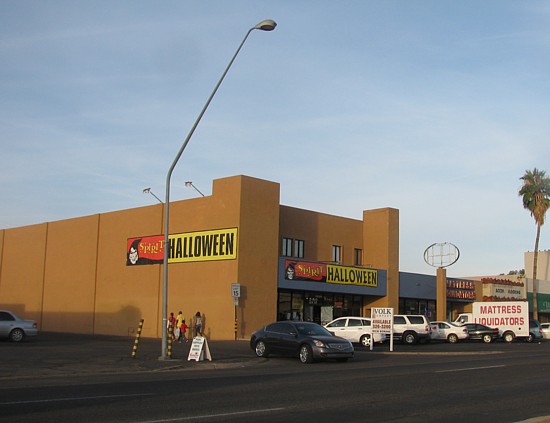 I didn't find anything to buy there for the concept I had in mind, which was to portray a wizard in his study. The Spirit store was a block away, and just as busy! 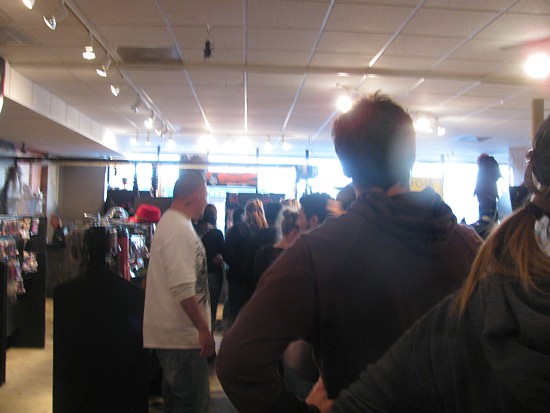 The check out line was long but fast-moving. 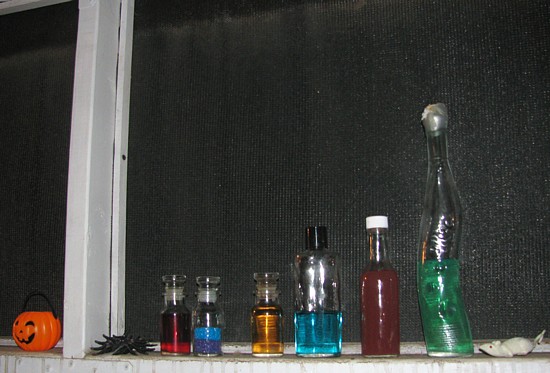 The way our finances are, I did everything on the cheap this year. I borrowed spice jars from a friend and made potions and magic powders. Can you guess what is actually in these bottles and jars? I also had a shelf of magic books - Magick in Theory and Practice, The Encyclopedia of Ancient and Forbidden Knowledge and such. Some were from John's occult collection, and others were fantasy novels with suggestive titles and interesting spines.

Sadly, I don't think any of the trick or treaters noticed the books or the potions unless I pointed them out. 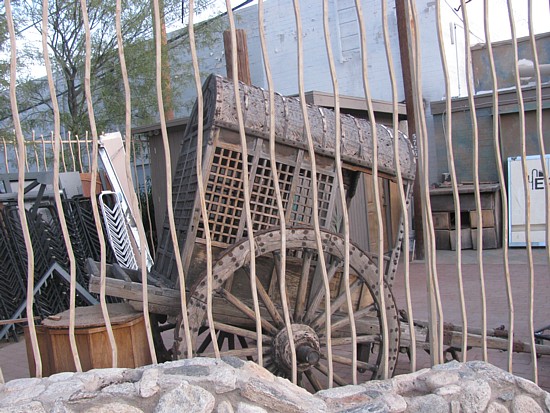 Outside the Spirit store around back was this beautiful cart behind bent bars. I have no idea why.

Later: I have a theory about the cart. Tucson's annual Rodeo Parade is billed as the largest non-motorized parade in the world. Many of the vintage vehicles used in it are at the Rodeo Museum, but this may be one that is kept elsewhere, behind some store in the same strip mall as the Spirit Halloween shop. 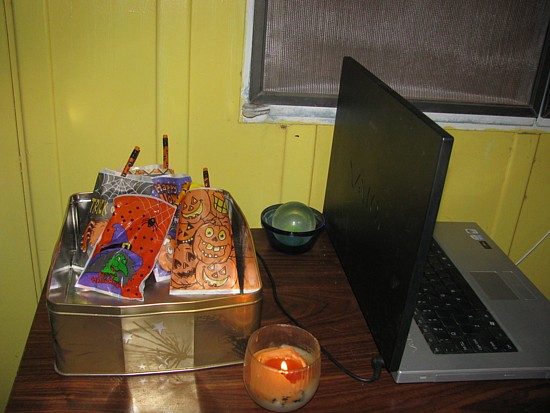 Most of the bags I gave out were last year's leftovers, with candy and in some cases more toys added. I handed out treat bags to a totals of 71 kids, teens and adults. Here are all the bags that were left.

On to the next entry!