Weekend Assignment: Those "Other" Pets

I was going to go with a cats vs. dogs thing, on the theory that it would be relatively lighthearted and nearly everyone has a preference. But then I checked whether Scalzi has covered this rather obvious topic in the past. Darn it, he has! (He also asked readers to choose between cats and cheese, which is more surreal.) I kind of had my heart set on a pet theme, though. Rather than give up on my version of the topic entirely, I'm going to flip-flop the main question with the extra credit:

Weekend Assignment #205: As of 2007 Americans owned over 72 million dogs, and over 81 million cats. They also owned horses, birds, fish, turtles, ferrets, lizards and other critters. (Real statistics can be found here.) My question is this: what pets have you had, other than a dog or cat? Is there some kind of pet (allergies and zoning ordinances permitting) that you'd like to have?

Extra Credit: Are you more of a cat person, or more of a dog person, both or neither? Somewhere in this room was a 10 gallon tank.
My dad is highly allergic to dogs and cats, and I'm highly allergic to cats, birds, guinea pigs, rabbits, horses, and probably several other species. Although I lobbied for a Mexican Hairless, there was no way that house in Manlius was ever going to have a dog or cat in it when I was growing up.

But my parents, bless 'em, did come up with consolation pets from time to time. When I was little, my brother Steve had a succession of parakeets: Petey, Dewey, Dewey Two, and I think Frisky. Then one year on her birthday, my mom bought me a parakeet, which I named Friskyblue. By the time Friskyblue died, I was in fourth grade, and had been tested for allergies. Feathers were on the long list of allergens that got a reaction on the scratch test. So: no more parakeets.

Then my dad brought me home a goldfish. I was so delighted that he snuck two more fish into the bowl a week or two later. A week after that, we were trying to keep the poor things from suffocating; the unaerated fish bowl just wasn't adequate. When the last of the goldfish died, we went down to Exotic Tropical Fish in DeWitt and did the fish thing properly: a ten gallon tank, with gravel and filter and demineralizer and heater and live plants and a ceramic decoration and guppies and mollies and swordtails and zebra fish and a corydoras catfish and a pair of kissing gouramis. The kissers were my favorites, by far. Of all the fish in the tank, they came the closest to having a personality, and to interacting with humans beyond merely chasing the fish food. They also survived for years and years; at least the one called Kisser did.

Somewhere in junior high or high school I somehow ended up with a turtle, for about a day. I may have traded with a friend for it.

But I had tropical fish from fourth grade through my freshman year in college. What put an end to that run was my moving onto campus when my parents got divorced. The dorm had a no pets policy, and although I defied it briefly, it quickly became clear that fish in the dorm room weren't very practical.

So we got a gerbil instead. Eowyn would occasionally get out of the cage and run around the dorm room, but my roommate Evelyn and I weren't terribly concerned. Usually I would catch it in the closet a few minutes later. After a few months of this, I discovered that Eowyn had chewed up about eighteen inches of my junior prom dress.

If I had no allergies, I think the only pets I'd want now would be a horse and a parrot. I'd get them at least partly for research purposes. There are lots of horses in the Mâvarin books, and King Jor has a parrot named Skwok. Knowing more about real horses and parrots would probably be helpful, and I expect I'd love the animals themselves. Also, they're relatively long-lived species, which would be a comfort. 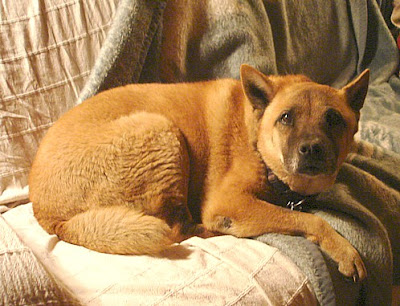 Oh, and on the extra credit, I think you know the answer, don't you?

Your turn: tell us about your non-cat, non-dog pets, past or present, actual or desired. Write about this in your journal or blog, and come back here and leave a link to your entry in the comments to this one. Next Thursday night I'll do my usual roundup of everyone's responses. Sound good? Then go to it!

Up! No Wordpress problems!

my take on pets can be found here:
http://saqib-sadiq.blogspot.com/2008/03/weekend-assingment-205.html

Great topic. I give you not just a response, but a new LOLfish:

Here's my response, plus a photo of my current 2 cats and rabbit.

I liked this topic. I posted my response here.

Fun assignment this week! I've had a few pets - you can read about them here.

OK, I take long weekends. Great topic. I think I'll write a blog series on my weird and wonderful pets. Here's my offering: