There's a movie I love called My Favorite Year, in which comedy writer Benjy Stone looks back on a particular week in the year he remembers most fondly. That's the main inspiration for this week's Weekend Assignment:

Weekend Assignment #204: Is there a year in your life to date that you remember with special fondness? When was it, and what made it so special?

Are you likely to have an even better year in the future, or is that year simply unbeatable?


Strangely enough, coming up with my own answer for this took a bit of thinking. Should I say 1977, the year that I met John at Clarion, and Harlan Ellison admitted I could write? 1979, when I married John and moved to Columbus? How about 1990, the first year of my adventures in California with close friends, meeting and interviewing writers, producers and actors from my two favorite tv shows? Or 1992, which was not only the beginning of the Quantum Leap cons but I think the year I had articles in Starlog? Or 2005, when I finally finished college and got my first decent-paying job as an accountant? 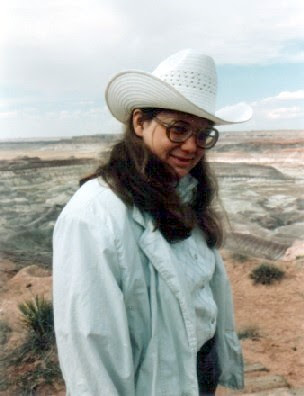 Me at Little Painted Desert County Park, 1986
Those were all good years, but I think I have to go with 1986. That was the year John finally came into some money from a trust fund. We put most of our worldly possessions in storage, bought a Dodge van, put our mattress on top of fake milk crates in the back of it, and drove around the country looking for someplace it wasn't winter. This was in February and March, though, so winter was pretty much unavoidable. Even most of Florida was chilly and windy. So we headed north, dropped in on my dad in Syracuse for his birthday (exactly 22 years ago yesterday - he's just turned 85) and continued on, all the way up to Montreal, which was having a winter carnival. We hit a Star Trek convention in Baltimore, spent five days at Walt Disney World experimenting with different film speeds, discovered that I can't breathe in the Florida Keys due to mold, and eventually headed west, mostly following Route 66.

In Arizona we visited John's sister in Phoenix and headed down to Tucson. I'd never been there, and John wanted to show me Old Tucson and the Arizona-Sonora Desert Museum, both of which were located in Tucson Mountain Park. A week later we were at Gilbert Ray campground in that same country park, negotiating over the pay phone to buy our first house as homeowners. 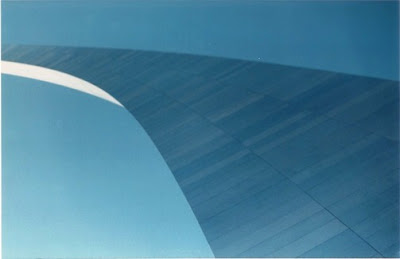 But that's not all! We had another six weeks to kill before we could move in, and our stuff was still in Columbus. So we hit the road again: out to California and then back across the country, with a second Star Trek con in St. Louis, a few hours in Hannibal and one more swing into Florida before we returned to Columbus and packed up for the moving van. Later in the year I interviewed George Maharis, Martin Milner and others for that Route 66 book that never got off the ground, went birdwatching every day to research another book I didn't write, and saw Disneyland for either the first or second time ever. Not a bad year, huh?

Will any year ever top that? Hey, I live in hope. The successful publication of the Mâvarin books would just about guarantee a new favorite year for me.

Your turn: What was the best year you remember? Tell us about it in your journal or blog, and come back here and leave a link. I'll write up the results a week from now, so everyone can come take a look. And, as always, a link from your entry to this one is much appreciated.

there are no weak attempts ;)

Now I Know It's a Good Life If You Don't Weaken

That was tough. Here's mine.

This was a toughy. Here's mine.