Fighting the Smears, One Email at a Time

Reposted from my Obama blog, which just got its first comment. Yay! With a few tweaks for the Outpost readership:

Does this happen to you?

I have this friend - well, more of an acquaintance, really, but at least a borderline friend. (Put it this way: she's got my last name wrong in her address book.) We met at work, before the company we both worked for collapsed in the mortgage crisis. She's the sort of person who likes to forward the Joke of the Day, chain letters involving prayers or pictures of flowers or kitties, virtual hugs - you know the drill.

Most of the rumors on the Fight the Smears page, I recognize from F.'s email forwards. She's also sent a few that haven't even hit Snopes, let alone the Sm 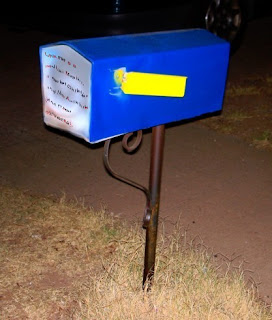 ears page. One or two of the major smears she's sent on more than once, even after I sent her back the debunking, with the link to the relevant Snopes page. It's as if she accepts forwards completely uncritically and passes them on, but ignores what is said firsthand by someone she actually knows. Or maybe she accepts whatever fits the worldview that has somehow been inculcated in her, and ignores whatever doesn't.

For over a year I've been deleting most of F.'s forwards unread, the jokes and virtual hugs and cutesy graphics. I don't want to offend her and hurt her feelings by asking her to stop sending them. It's only the ones whose subject headers seem to indicate allegedly factual content that I even bother to open. If indeed an email contains some kind of wild claim(s), I then Snopes the darn thing and send back the result, along with a plea that she think about what she's reading and do at least minimal research before she forwards this junk. (I do this with any factually challenged email forward, no matter who sends it.)

I never, ever see a forwarded retraction. I almost never hear back at all. All I get is mailer daemons from a few addresses if I dare to "reply all."

And now I see that there are right-wing rumblings accusing Snopes of pro-Obama bias. Funnily enough, I've also heard at least one person bitterly accuse Snopes of right-wing bias.

A week or two ago, I took my Snopes-based reply tactic a step further. Rather than burden the other recipients of one of these junk emails (this one implied that Obama was the Antichrist), I sent my debunk and my plea for critical thinking to every person listed in the subject headers as having actually forwarded the thing, as far back as the headers went. I think there were literally six degrees of separation between me and the first sender listed. At least I would be reaching some of the people who were actually spreading the lies around, even if they didn't heed me. As usual, there was no reply. Except...about a week later, I got an email directly from (I think) the first person listed on the older forward, linking to an alleged (and of course totally bogus) Obama sex video. This is actually a virus, so presumably this Obama hater now has an infected computer, unless of course she acted on my email warning her of this. Schadenfreude, anyone? How about some Schadenfreude Pie?

Yesterday, F. sent me two new email forwards. One was a relatively sane but logically flawed attack on Obama as an employer. The other tried to blame all our economic woes on those darn immigrants.

"Fwd: FW: Obama practices gender pay inequity in his Senate Office" uses carefully documented but misleadingly applied statistics to "prove" that Senator Obama as an employer doesn't practice what he preaches on equal pay for equal work, using the fact that many of his top advisers are male to show gender inequity. This leaves out the "for equal work" part of the equation, folks. If a President McCain made more than a VP Palin (and let's make sure this never happens), would that be gender inequity? Heck, no. That would be a pay scale based on the job positions, not on who fills them.

Similarly, if you have, let's say, seven top-paid advisers and only three of them are women, that proves you're a sexist hypocrite, right? Um, actually, no. Nothing short of a strict quota system would ensure that at least 50% of employees at every pay level lack a Y chromosome, regardless of other qualifications. (Good luck getting three and a half women among the seven execs!) Otherwise, there will always be the possibility that the right person for a given executive job might actually be a man, in more than half of the cases. This is especially true in a relatively small staff, where there aren't hundreds or thousands of employees to make the sample statistically significant, and even out probability. McCain's laudable record on pay scales among his staff shows that he doesn't exclude women from consideration for top posts, and that's a good thing. But his numbers are no more statistically significant than Obama's, and do not prove superiority in his policy or practices toward equal pay for equal work.

The sane and reasonable alternative to strict quotas that ignore qualifications is to choose the best person for the job regardless of gender, and not adjust the salary based on whether the successful candidate is male or female. And if Mr. Jones and Ms. Smith are both hired on a given date to answer phones or screw in a light bulb, they should earn the same wage, and get raises based on identical criteria. That's what "equal pay for equal work" means. Give equally-qualified women and men the same shot at the same job for the same pay, whether as CEO or dogcatcher, and watch the glass ceiling shatter.

The other recent email tries to prove that "$ 338.3 BILLION DOLLARS A YEAR" is spent on illegal aliens in this country, directly or indirectly, based on benefits, education, law enforcement, remittances to other countries and ill-defined lost wages for Americans; and that these costs, not Iraq or Wall Street, outsourcing or the mortgage meltdown, are "what's bankrupting us." I passed that one on to Snopes, because they have nothing like it yet. My gut reaction is that most of the statistics are likely to be news reports featuring people who spout distorted or made-up numbers. Also, it's a logical fallacy to say that if A is a drain on the economy, the unrelated factors B and C must be irrelevant to it, particularly if you don't research the numbers for B and C.

This weekend, I decided to risk F.'s annoyance with a new tactic. I sent her an email forward of my own:

Instead of just forwarding anti-Obama emails that try to scare people on the basis of ethnicity and logical fallacies, creative use of statistics or outright lies, none of which have anything to do with the issues, why not listen to what he actually has to say about the most important issues?

This week, the economic troubles that have long been simmering on Main Street boiled over to Wall Street, putting our entire economy in danger.

Barack Obama laid out a plan to address this crisis and offered strong, practical solutions for American families.

The Obama team put together a short video that speaks to these problems and describes Barack's plan.

Karen again: from now on, every time I receive an anti-Obama email from you, I will counter it with factual information on what he actually stands for. You deserve to know the truth!

And I just adapted this entry as a reply to the equal pay email, and sent it to the three people who forwarded that one.

Will F. read the emails? Will she watch the video? Will it inspire a change in attitude, or just get me kicked off her email forwarding list, which would be more relief than punishment? Stay tuned. Based on my experience to date, it's more than likely that nothing will change.

Some people just Don't Get It. And this goes beyond the political. They'll pass along anything that fits their worldview, or any well-meaning but off-base warning.

And methinks you may have the link to the video virus wrong: http://www.snopes.com/computer/virus/obamavideo.asp. It's also worth noting that these video virii are not spread by any political party. The spyware purveyors hit on any hot topic because they know people will click through. These things start through spam, but people who pass them along to their friends tend to add legitimacy.

Thanks, Julie. That misdirect slipped in from a formatting glitch on the other blog. I've fived it at both ends. And you're right. Snopes notes that "email lures intended to trick users into downloading viruses onto their computers often falsely claim to offer video clips of celebrities engaging in sex acts or information about some important breaking political story or scandal, so conflating those two topics would seemingly create a very effective lure indeed."

My uncle is the one who keeps sending us e-mails like that; my husband has actually put his e-mail address on his Spam list.

Forwarding any sort of "news" or "warning" without verifying it on Snopes first has always annoyed me, but some of the anti-Obama stuff is just UGLY.

Yeah, I tried to leave a comment at the Obama blog... but I wasn't logged in... then realized it wasn't your Outpost Mavarin, and so I went to my list of favorites to reach you. I didn't realize, probably because I haven't read journal/blog entries lately, that you had another blog... congrats! It looks great. And I totally understand the issues with false report emails. I do the same thing, snopes it, then pass on the correct version with a link to snopes. But the people who send me junk mail, I believe, get a kick out of me taking the time to check it out. So my new strategy, now that I've spent many untold minutes trying to educate my 'friends and family', is to just delete the darn emails. If they don't care what they send me, the least I can do is trash it. I tried for two years to do the right thing, but it seems they don't care. I think that's the best solution when dealing with people who don't care. Have a good week. Lovely sunset, btw. bea