Janet of fondofsnape.com expressed an interest in Wyatt Earp and Doc Holliday, whose statues guard the back patio of the old railroad depot here in Tucson. I actually have some more material on them, some from a 2004 journal entry, the rest not previously online. So let's run with that, shall we? 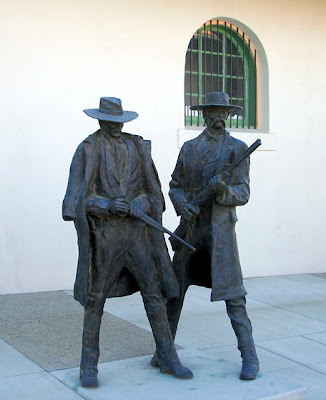 Here's the best picture I got on Saturday of Wyatt and Doc. Wyatt Earp is presumably the one with the big mustache, as you can see from the portrait below. 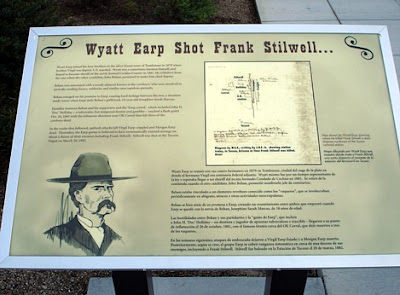 This marker was also at the depot. I didn't actually read it, so now I must Google to find out what the story is. As you might expect, it all ties in with the feud between the Earp brothers and the Clanton gang, which seems to have been more a faction than an actual criminal gang. Certainly there was plenty of murder carried out by both the Clantons and the Earps, and the Earps didn't always have the law on their side. Based on an excellent article I just found about little brother Warren Earp, here's the gist of what happened: 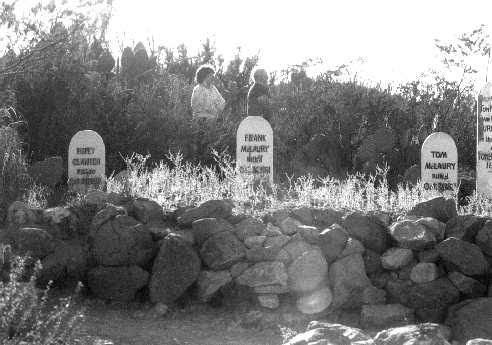 The three who fell at or near OK Corral. Photo by KFB.
What a waste of human life. Seriously. 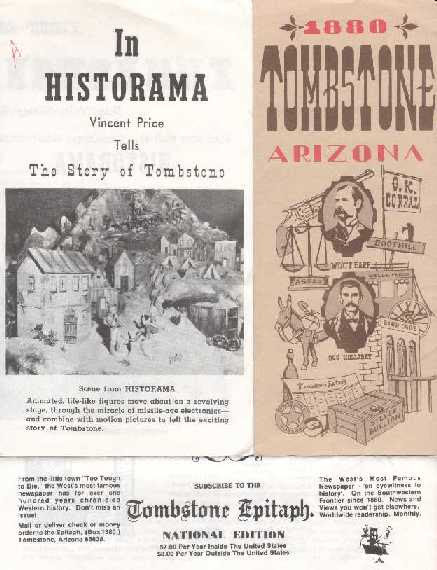 Of course, most of this takes place in and around Tombstone which Google Maps places exactly 66 miles from my house, or 1 hour 18 minutes. It's not exactly close by. I've been there a few times, but probably not since 1990. It's a memorable place, though. Some of the attractions are laughably dated and low-tech, but all the more endearing because of it. And it's real history, in a real place that hasn't changed all that much in the last fifty years or so. If you get a chance to go there, I recommend it. 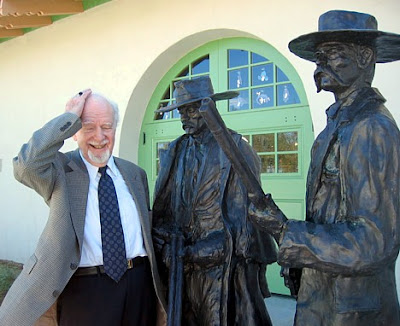 My dad hangs out with the famous gunslingers, March 2005.
Karen