Round Robin Challenge: So Many Goodbyes, Part Two

(This is sort of a continuation of my previous entry: Home Again: Part One)

For the last-ever Round Robin Photo Challenge: Goodbye, I asked people to post pictures that convey the theme of saying goodbye - to a person, a place, a stage of life, even to this meme.  As you probably know by now, my brother Steve died on Saturday, September 6th, so I have been saying my goodbyes to him. Beyond that, my trip back East for his burial included a little side trip to the town where I grew up, a place I will probably never see again. And finally, I should say a proper goodbye to this meme, which has been part of my life since 2005. 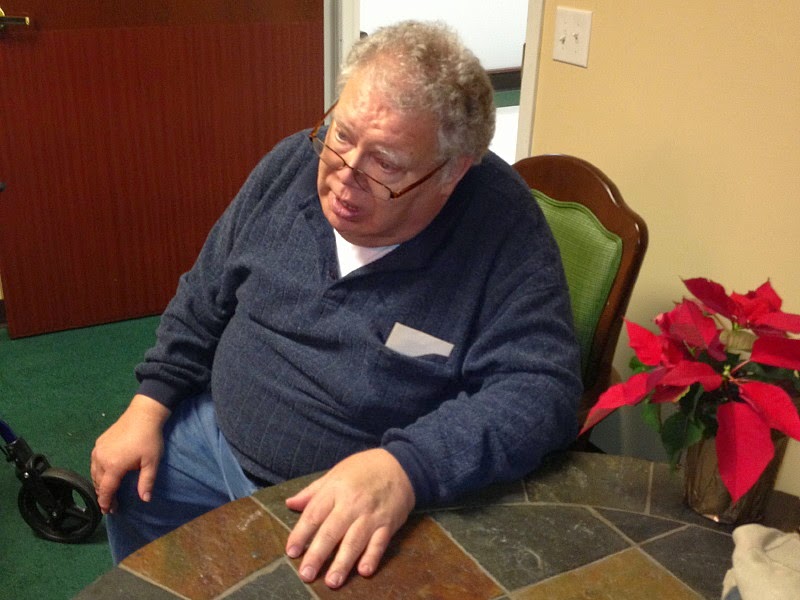 This is the last picture I took of my brother Steve when he was alive. It was December, 2012, and we were in Wilmington, NC. My stepmother had died six months earlier, and it had become evident that my Dad could no longer live safely in his condo, even with round-the-clock unskilled home care. He had been in the hospital in November and almost died. So we four heirs - Steve, my two stepsisters and I - had gathered to make decisions, sign papers in a lawyer's office and close up Dad's place, taking an equal share of its contents and selling the rest to pay for Dad's care. This picture was taken as we visited Dad in a rehab facility. I don't think Dad knew who Steve was that day.

As for Steve, he had spent a good chunk of 2012 in hospitals and a rehab facility himself. He suffered from heart failure, kidney trouble, sleep apnea and edema. The spring of 2014 was sort of a rerun of Steve's 2012 troubles, with a serious leg infection (cellulitis with a bit of gangrene) as an added bonus. But he came through ICU and many rough moments, did his rehab and eventually got to go home. He even had a cataract operation. He was nervous about it before hand, but delighted with the results. 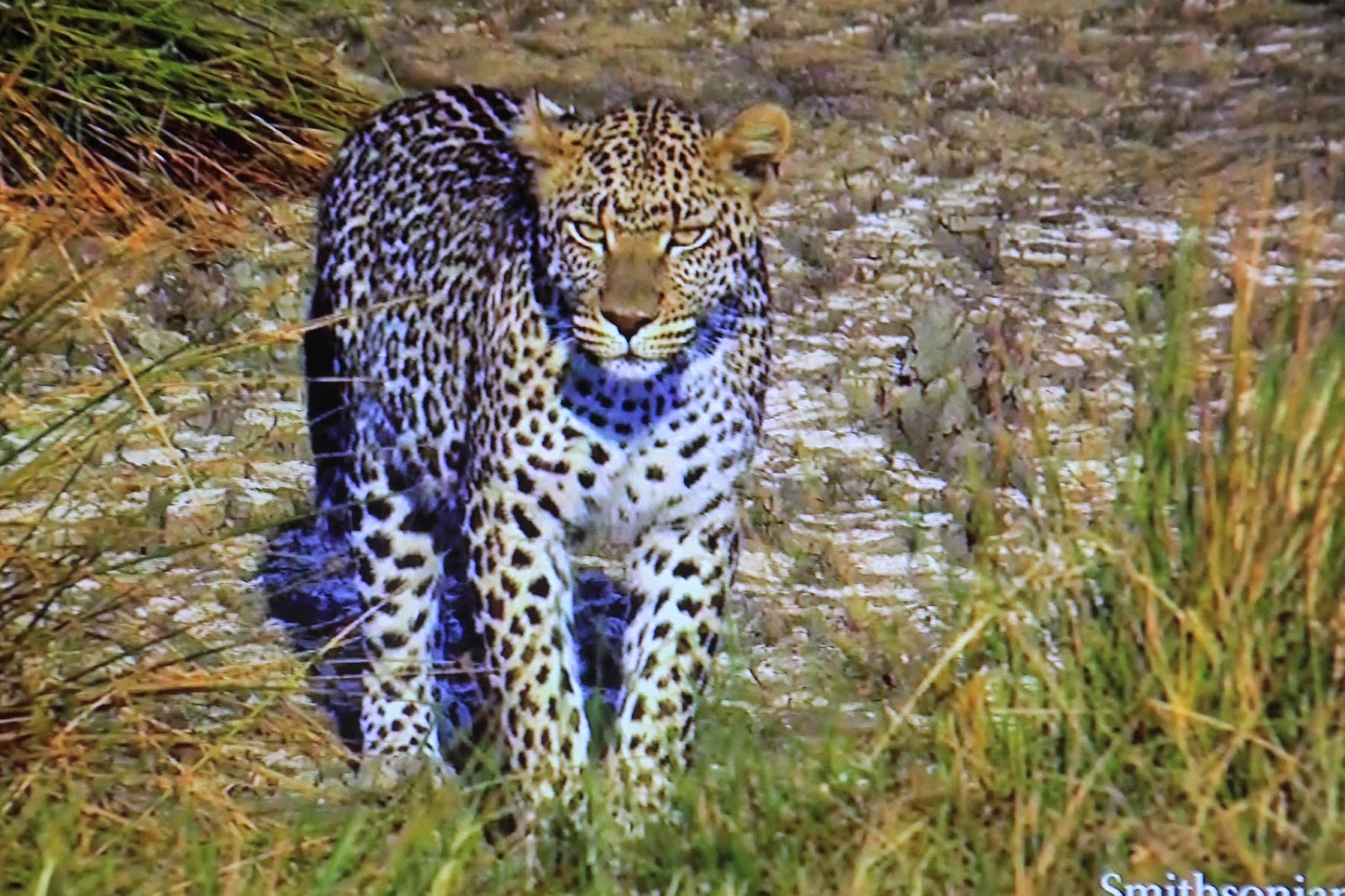 Here is the last photo Steve took with his Canon EOS. At the end, he was sitting in his apartment, enjoying his newly-restored vision and waiting for a pacemaker operation that never happened. Meanwhile, he used his great camera to take pictures off of the TV. 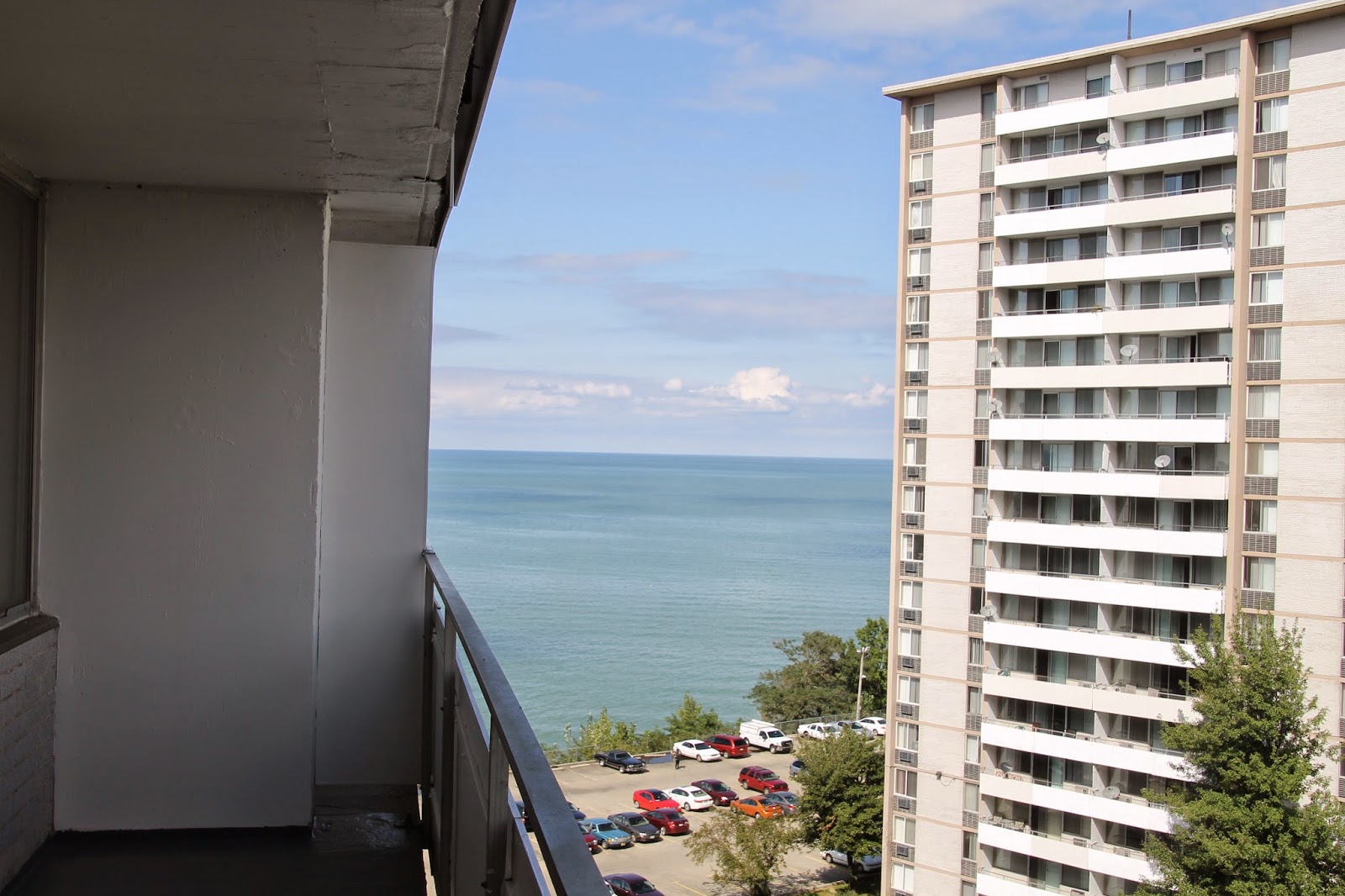 This was the view from Steve's balcony. We grew up visiting Lake Ontario every summer, with occasional trips to Cape Cod or some other beach spot. I know he loved listening to the waves crashing into the shore of Lake Erie. 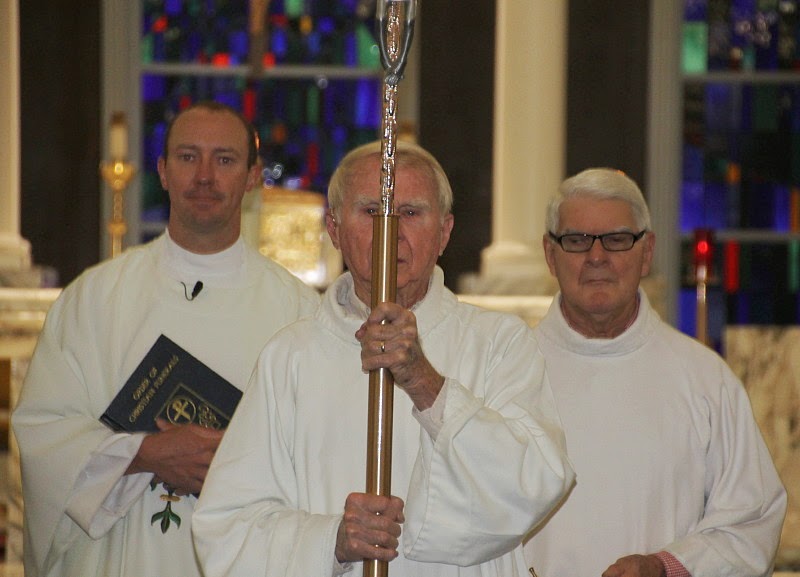 Anyway, we all thought he was doing very well, but on September 6th he fell in his tiny bathroom. He managed to call 911, when when the EMTs arrived he had a heart attack in front of them and died. It became my responsibility to fly to Cleveland, arrange for his funeral, sort out his papers, dispose of his furniture and other possessions, and arrange for his burial in Syracuse before returning to Cleveland for the flight home. And that is what I did. I also wrote a brief obituary: 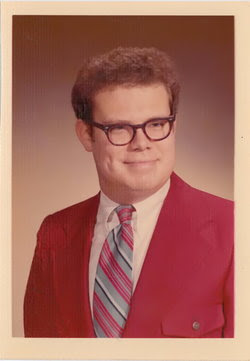 STEVEN ERIC FUNK was "born in Bethlehem" - Pennsylvania, that is, to Frank E. Funk and Ruth Anne Johnson. Steve grew up outside Syracuse, NY, where he earned a Bachelor's degree from Syracuse University. A computer programmer-analyst, he also had a lifelong love of Turkish Angora cats. Heart disease led to several hospitalizations before his death from a heart attack after a fall at his home on Saturday, September 6. Steve is survived by his father, his sister, Karen Funk Blocher (husband John) and numerous cousins. In lieu of flowers, the family requests contributions to the National Wildlife Federation or the cat shelter of your choice. Funeral Mass was Saturday, September 13, 2014 at St. Francis of Assisi Church, Gates Mills, OH. Interment was Monday, Sept. 15, 2014 at St. Mary's Cemetery, DeWitt, NY. Buried next to his grandfather, Ambrose Alexis Johnson (1891-1950). Please sign obituary guest book on Cleveland.com.


Here is a Google+ "story" that covers my trip Back East in detail. Warning: it contains a few shots taken at the funeral home, and a few taken at the burial.


Beyond all that, Steve was my big brother, my friend and protector when I was young. Later in life I mostly tried to return the favor. Seven years my senior, at one point as we were growing up he liked the idea of having me call him Jem while he called me Scout. We both read To Kill a Mockingbird that year. Occasionally he even let me hang out with him and his friends. If my parents were fighting, he tried to cheer me up by playing with my stuffed animals.

As an adult, Steve lived far away from my parents and me. In fact, the four of us lived in four different states, hundreds or thousands of miles apart. Steve did his best to hang onto family connections as best he could. He was the family genealogist, and he kept in touch with Dad's sisters (particularly Aunt Marie, the only one who is still alive) and our cousins. Politically, he drifted to the right as I drifted to the left, which made for a few uncomfortable emails.But there was never any doubt that we loved each other. He was my brother! My only sibling, irreplaceable.

Steve believed in the Rainbow Bridge idea, the story that dead pets hang around in a beautiful meadow, waiting to be reunited with their people when they die. If anything like that is true, Steve is hanging out with a number of beloved cats about now.

I have at least one more entry to do here at the Outpost to finish up, probably two. I'll get that done on Monday, and make my rounds. Meanwhile, check out the other Round Robin entrees: