EMPS: Halloween from the Sidelines

For EMPS #9: Happy Halloween! Carly wants to see photos of all things Halloween. There's just one problem at my end. Having been unemployed for about seven weeks now, I can't spend money the way I usually do on Halloween. That means no new decorations, no new costume. As busy as I've been with dogs and a job interview and obsessing about the election, I haven't decorated yet at all. When I do, there probably won't be a major themed effort, for the first time in years and years.

So let's look instead at Halloween decorations that I don't personally own. 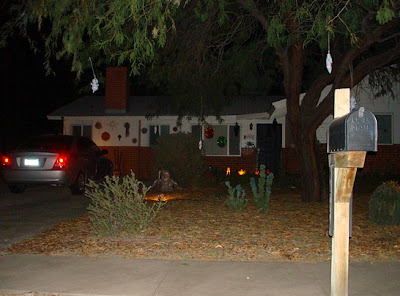 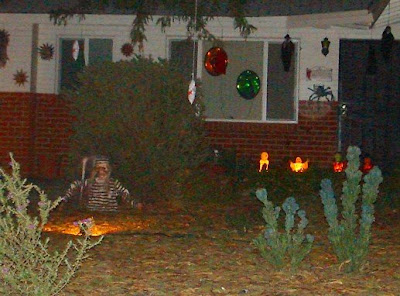 An over-brightened close-up for details. 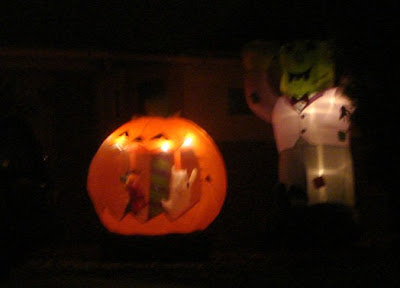 Giant inflatable Halloween.
Next, a visit to my faithful photo-shoot standby, Safeway:

Don't want a side of soup? How about blood instead? 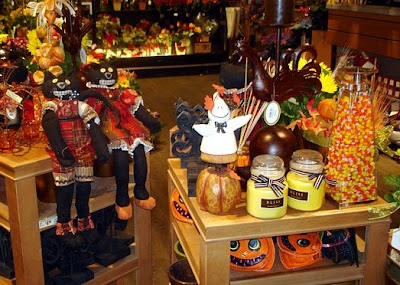 Are those folksy dolls on the left supposed to be cats? 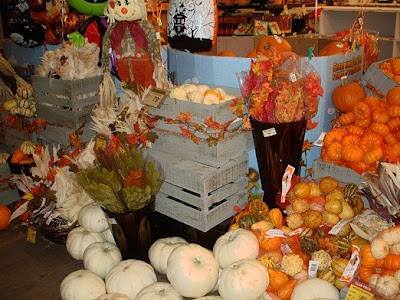 A Safeway fall harvest, with white pumpkins and scarecrow. 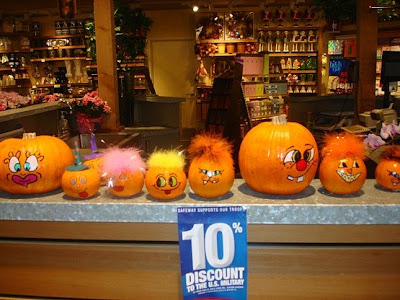 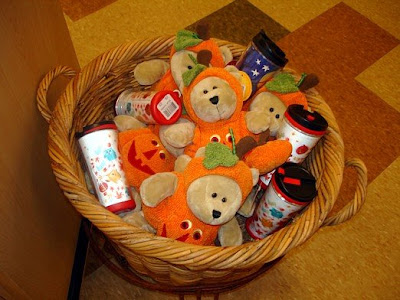 Costumed teddy bears and Halloween sippy cups
In the end I bought something Halloweenish anyway: a white pumpkin (I've wanted one for years) and a $5 bag of mini-pumpkins/gourds. I even managed to photograph them under spooky lighting conditions: 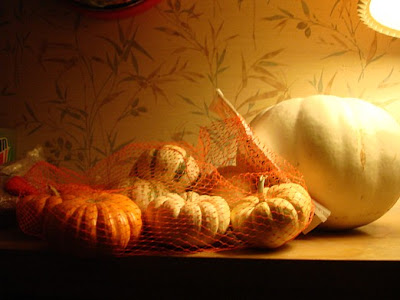 Ooh, scary pumpkins. The scare is the expense.
That's it for now. Be sure to check Ellipsis every Monday for the Ellipsis Monday Photo Shoot, and for a roundup of the previous week's entries. I'm behind in checking out everyone's entries myself, but I promise to catch up this week.

My local store has those cats, and I think they look kind of creepy, and not in a good way. But that's just me.

Halloween are not celebrated on big scale here, so I might have to sit this one out if I can't find a suitable photo.

I like the photos you chose very much, especially the last one. The lighting is super!