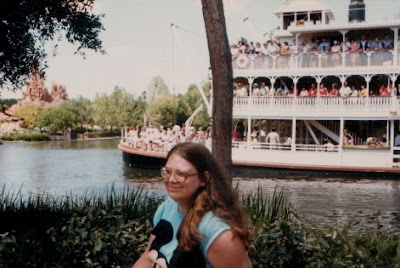 It was a very good year.

So hold this moment fast,
And live and love
As hard as you know how.
And make this moment last
Because the best of times is now, is now, is now.
Now, not some forgotten yesterday.
Now, tomorrow is too far away.

--from The Best of Times, from La Cage aux Folles

That seems to be the general feeling in the responses to last week's Weekend Assignment, in which I asked you to describe your favorite year to date, and whether you expect a better year in the future. Looking back for some golden year proved unexpectedly difficult for a number of people:

Becky: "Maybe some people have a year that pops instantly to mind, but most years where the greatest events of my life happen; the worst events have also happened."

Saqib: "However if I were to mention a remarkable year that I had it would be the year 2000. This was when I was in high school taking some of my very first computer science courses."

Arachne Jericho: "There’s a reason I’m a here-and-now kind of person: after 20 years of hell, every year of my life has simply been getting better."

Mike: "I'm going to go with 2000. I finished my return trip to school about 18 months before, we both had good paying jobs, and we went to Maui. The trip itself made the year."

Florinda: "My favorite year of the 21st century - so far - was easier to pin down; 2006. The excitement began on February 5th, when my (second) husband (to be) proposed to me at sunset in Stearns Wharf in Santa Barbara, California."

Kiva: "For me, the past is a learning experience upon which I base my future. ... There have been exciting travels and horrible sicknesses, new jobs and layoffs. I don't think I ever had a year that wasn't bittersweet."

Gee, I didn't mean to traumatize anyone! A more lighthearted Weekend Assignment - I hope! - is coming right up!