I Failed Vein Check! And Other Notes From My Day

Okay, this one's mostly a bunch of mini-rants. But first let me fulfill a little request.


Photo of the Month

Martha of the journal Perception has a new photo meme, and she asked me to join in. Frankly, I'm so caught up in the Round Robin, the Weekend Assignment and the Monday Photo Shoot that I'm not in the market for another meme, but hers is monthly and easy, and she's a regular on the Round Robin and MPS and deserves my support. It's called Photo of the month, and I'm less than two hours from her deadline. If she's on eastern time, I'm six minutes overdue! But here are two photos, my favorite of the 1000 or so pictures I took in January, and my favorite of the unposted ones. 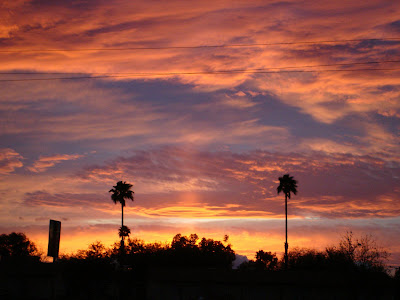 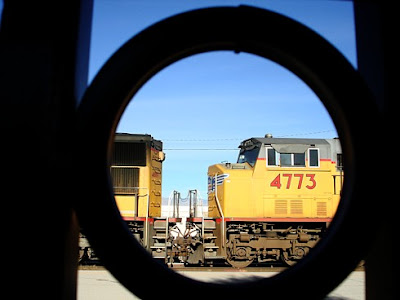 Freight Train Behind the Bars (previously unposted)
How Do They Do It?

I was up most of the night Friday (nothing new there) writing last night's entry. I got intrigued with all the stuff about the B Banzai quote and the psycomedy records (see what I did there?) and ended up in bed at 6 AM thinking about how it all ties in with what actors do when they play a role.

Back in the 1980s and 1990s I interviewed dozens of actors, writers and producers, and even a director or two, from three of my two favorite tv shows (Route 66, Doctor Who and Quantum Leap, in case that's not obvious). Through most of those interviews I was trying to find a way to derive some understanding of the creative process, what artists do and how and why. The writing aspect isn't so opaque for me, since I do it myself, but the acting one is a mystery. Do actors try to leave their own identities behind in their grand game of Let's Pretend? Are they trying to imagine themselves in their characters' situations, building on the bits of themselves that intersect with the roles they play? Or is it truly just a matter of learning the lines and not bumping into the furniture, as one actor famously said?

I suspect it depends on the actor. One actor talked about going "out of one's head" to play a role. Another spoke of imagining he would feel much like the embittered actor he was playing, had his own career gone the same way. And a third quoted the furniture bumping quote at me.

As for myself, I've always been fascinated by the strange things the mind is capable of doing, including the acting and the writing - and other things, lots of them. The one thing in the Mâvarin books that feeds my obsession about this is the way a tengrem's mind works, sometimes forcing the former human being to react primarily on instinct. Writing Rani is as close as I'll ever come to knowing what that's like, but it's akin to the whole meditation thing, in which the person is supposed to let the conscious mind go and become one with the universe or something. I've always been kind of dubious about that. When I try to meditate, the best I ever manage is to fall asleep! And how can you be aware of being emptied of self if the self isn't there to be aware of it?

All in all, my own answer to last night's question is no. I wouldn't want to leave myself behind, except perhaps for a couple of seconds to see whether it's even possible and what it would be like. It's a fascinating concept, but so is the concept of the self. I am myself, and I'm glad of that. Karen Christine Funk Blocher is the only person I've ever wanted to be. My talents my faults, my interests, my memories, good and bad, it's all me, the only person, allowing for personal growth, I can imagine ever being. And yet I've got all these characters in my head, who aren't me, but come from the mysterious processes of the human mind. My mind. Maybe that's why what an actor does is so interesting to me. They too pull fictional people out of their own heads, but with two differences. One, they have a writer's words to help them. Two, they somehow manage to become that person, at least outwardly, for minutes or hours at a time. Weird. And we pay them to do it!

Okay, that was a bit longer than I intended to go on about that subject tonight. I mostly wanted to reassure anyone who might have worried about me that last night's post was not about wallowing in my teenage angst or wanting to escape myself or anything like that. It was more about the wonders of the human mind - mine, and others'.

On to the vein check. I tried to give blood early this afternoon, which meant that I didn't get to sleep until 2 or 3 PM as I often do on Saturday. The Red Cross always calls me to come in the first day I'm eligible again, every eight weeks. I'm A+, which isn't rare, but they always need it. They probably need all the blood types all the time, in greater quantities than they get. It amuses me that my blood type happens to look like the highest possible grade on a report card in high school. It also amuses me that it was a plot point in the first full Tenth Doctor story, "The Christmas Invasion." If I lived in that fictional world, I would have spent part of Christmas Day 2006 in a trance on a rooftop somewhere, courtesy of the invading Sycorax. So would the Royal Family of Great Britain. Ha!

When I go down to the Red Cross, where the elderly volunteer now knows me by name, one of three things happens. Either I fail the hemoglobin test with an iron count that's just a smidge too low, or I fail the vein check with veins too small and hard to get at, or everything goes great and it's all over quickly and almost painlessly. Today the iron was fine; six weeks out from my 51st birthday I finally seem to be hitting an entirely symptomless menopause, which should help. But they didn't like the look of those veins. They never do, because they're small and hard to get at and go in a funny direction. But it's worse when I fail to drink lots and lots of fluids the day before. We were out of everything but Diet Pepsi at home, and I didn't take advantage of the filtered water at work. I'll do better next week.

If you type the words Joe Mikulik Tucson into Google, the fourth result is a piece I wrote several years back in the old blog, called When They Were Toros. Joe was a minor league player who drove in the league championship-winning run for the Tucson Toros back in 1991, two years before I became interested in baseball. On his wristbands that night, and again in 1993 when the Toros won their second championship, were the handwritten words "NEVER SURRENDER." I was there to see them that time. I even wrote NEVER SURRENDER on my own wristbands when I dressed as a Toro for Halloween a year or two later. (And this was long before Galaxy Quest!) Joe lasted another year as a player, and eventually became a minor league manager at the single-A level.

So Joe's a local hero, but basically small potatoes, right? That's why I was surprised tonight to see that he had an article on Wikipedia. When I clicked over to check it out, I was shocked and stunned. Apparently he had a major tantrum back in 2006 with a substitute umpire, which was shown on all the sports shows. It earned him a fine and a suspension. That was the entire substance of the article. It mentioned how long he had been managing the Asheville Tourists, but didn't bother with his full first name, when he was born, when he was drafted by the Astros, his 11-year minor league career or his pennant-winning hit. Heck, it didn't even mention that he ever played baseball! Of course I couldn't let that stand, so I added the basic stats and the stuff about the 1991 season, still fondly remembered as the greatest moment in Tucson baseball history. Never surrender, Joe! Not even to having a crappy attack article on Wikipedia!

Goodness, look at the time! Rants over!

Pardon me while I have a minor jealously fit. ;-)

So are you going to The Leap Back?

Thanks for playing along on the Photo of the month Karen. I didn't have you on the list at first -- I didn't think you had played from the way your comment sounded -- and then I stopped by to check out your entry and found out you DID play along afterall! I've added you to the list, better late than never!

I loved the picture of the sunset; beautiful!