A Few Words About Winter in Tucson

Once in a great while, the skies over Tucson prove themselves capable of producing proper winter weather - "Syracuse weather," I like to call it. Although my adopted home will never be able to compete with the low temperatures of Minnesota in winter, or Syracuse at its coldest, it nevertheless gets down below freezing sometimes, and even the days can be rather cold and miserable. The past several days have marked one of those occasions, and I have the pictures to prove it! 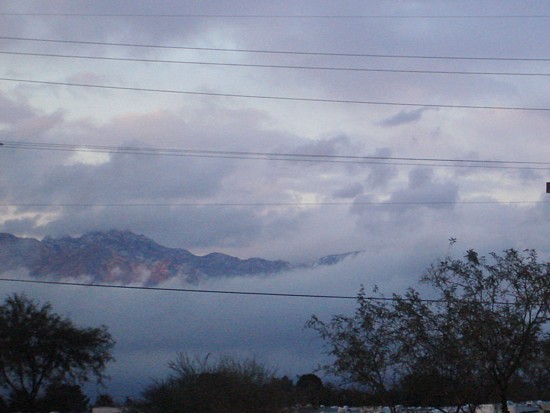 Almost the only bit of the Catalina Mountains visible at that moment. 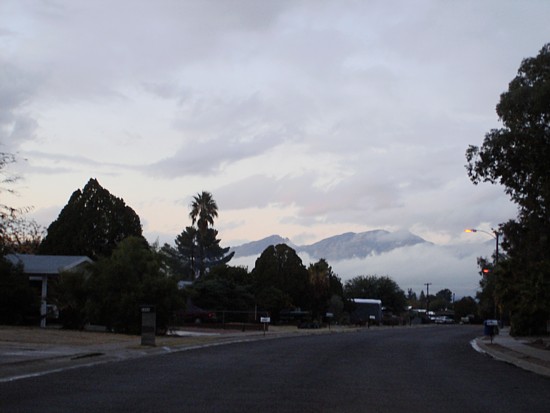 The view from Calle Mumble. 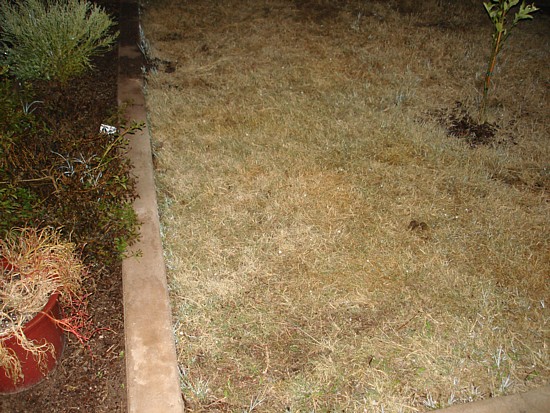 But still no snow on the almost-frozen ground. 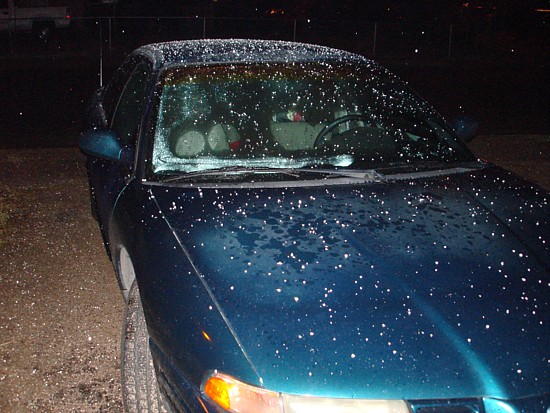 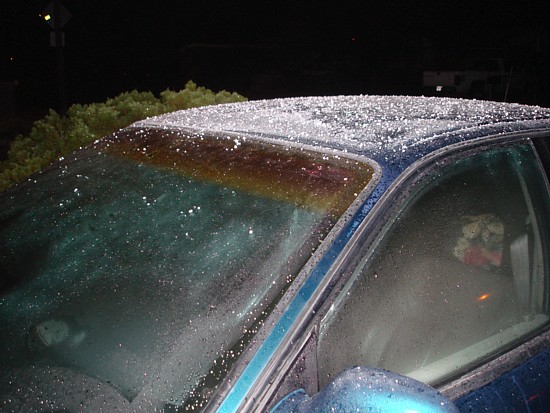 Much defrosting was needed before I could drive to Barnes & Noble. 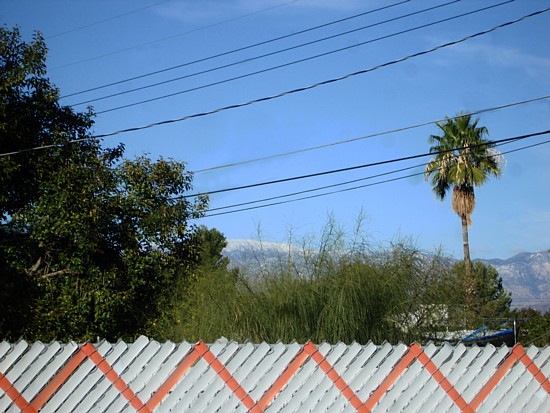 The next day: snow on the mountains. None in the city. 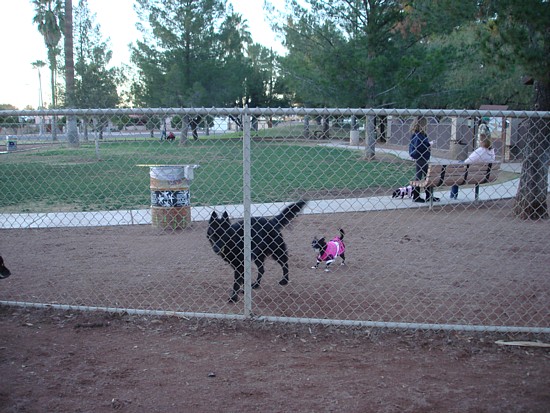 At the dog park Saturday, a few smaller dogs were dressed for the weather.
We weren't able to get to the dog park at all on Christmas or the 26th. On Boxing Day it was raining much of the day, and the cold and mud of Christmas Eve at the dog park had been bad enough even without the ongoing precipitation. But on Saturday the 27th the dogs and I went anyway. The temperature was in the low 40s, and much of the dog park was flooded due to the drinking fountain on the closed off side spouting like another kind of fountain, probably for hours. None of the handful of large dogs present were put off by or dressed for the cold and wet, but a few dogs on the small dog side were sensibly covered up. This doesn't normally happen much around here.

With all the unusual weather recently in California and Nevada, I was hoping that Tucson would get a rare snowfall this month, preferably at Christmas. Perversely, we've had the cold and the precipitation, but not the right combination for a white Christmas, or even post-Christmas snow in the city. And the time I spent getting the frost off my car the other night reminded me why I no longer live in Syracuse, NY or Columbus, OH. It got down to 30 F this morning, and for the second night John covered our young tangerine tree. Such is life in Tucson at the moment! But it's supposed to get back into the low 70s by Monday. (Update: now it's expected to be in the 60s all week, with one day projected to hit 70.)

I've been busy the last 24 hours moving files around between three hard drives, trying to get rid of a corrupted backup from 2007, back up my files properly for the first time in over a year and move unedited photos onto my external drives to free up the internal one a bit. This took up pretty much all of my computer's processing power for hours and hours, so I haven't been able to make the rounds on recent meme participants (EMPS, Feline & Furball Friday and Round Robin). I'll get there soon, I promise!

P.S. I just got out of bed to turn the thermostat up to 66 degrees.