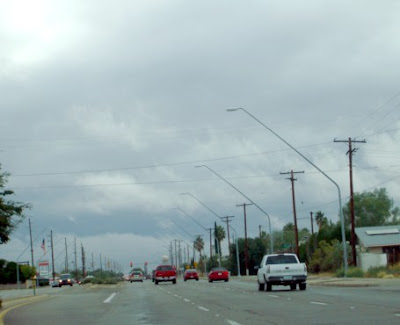 My friend is disappearing, and the situation is cloudy.
No, I'm not talking about Scalzi this time, although his recent announcement does exacerbate my angst over what happened today. An offline friend dumped me, in a one-paragraph, handwritten letter.

I'm not going to tell you who this is or the exact circumstances. You don't know this person, and my friend is extremely unlikely to ever see this blog entry. But that's not the point. My sort-of-ex-friend deserves privacy. Still, this situation has thrown me, so I'm going to ramble on in generalities for a bit.

See, even though the letter ends with "Goodbye, Karen," I have reason to believe that for once this isn't about me, or something I've done or left undone. I was given a heads-up weeks ago by a third party that my friend has been systematically severing ties with other people. Nevertheless, I saw no evidence of this until this morning, when I read the letter that John had retrieved from the mail and put in my purse. In it, my friend indicated dropping out of an activity and social group we've attended together for years and years, and going on to do something similar elsewhere. To the extent that the letter indicated a reason at all, it was about being drawn to this change of venue, not some acknowledged fault in the old arrangement. But I was not invited to the new place. Instead, I was essentially blessed and sent packing.

Naturally I've spent hours today considering what, if anything, I should do. My first inclination was to go pound on my friend's door, and demand a full and honest explanation. I didn't do that, of course. It's far too confrontational, and would undoubtedly upset both of us. A phone call would not be an improvement, and I'm not sure the situation calls for an intervention. My current plan is to write an honest, loving letter, expressing my surprise and concern, supporting my friend's right to explore new avenues, and leaving my door open for future contact. But this isn't a letter I'll be sending tomorrow. As another friend pointed out, there's a possibility that this will blow over, and things will be more comfortable for my friend if I don't force the issue now. Unless I'm supposed to force the issue, just to prove I care!

But really, I can't begin to judge whether this new direction is a healthy one for my friend. If it means withdrawing from the world, or at least personal relationships great and small, and replacing all that with nothing but internal monologue, then it sounds like a very bad idea, a case of agoraphobia or at least depression. If it's part of an attempt at self-reinvention, though, it could be a way to get a fresh start, leaving interpersonal baggage behind while going on to meet new people who won't react based on shared history. Is that what's happening? Would that be a bad thing? How can I tell? And there's the possibility that this dumping of this particular group really is about personal growth someplace else, as the letter sort of indicated. 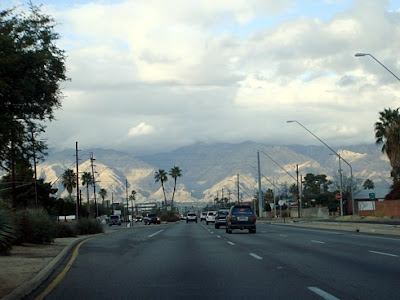 Can we emerge from the shadows?
My concern here is for my friend, and the fact that I don't honestly know what I can do to help at this point, because I don't know what's going on in my friend's head. Still, I can't help feeling just a smidge sorry for myself as well. If I really thought this was about me, I'd probably be pretty devastated, especially in the wake of other recent events, arguments, failures, setbacks and, you know, day to day life. Other people have had a far tougher time of it than I have, but 2007 hasn't exactly been my year. There's nothing I could have done to save First Magnus, probably nothing to get that one job I was up for, and definitely nothing to prevent Tuffy's cancer or Scalzi's departure from AOL as an independent contractor. We've done what we can for Tuffy (and she's doing pretty well right now, I'm happy to say), but we can't actually cure her. Is there something I can do for my friend? Is there something I should do? Or is it just another situation over which I have little or no influence, except to make things worse?

It's always hard to lose a friend no matter the reasons. I hope in time your friendship can be renewed and I am glad you aren't taking it personaly.
Barbara beckerb6@aol.com

Hmm. Not much I can do here except give you a virtual hug. {{{Karen}}}